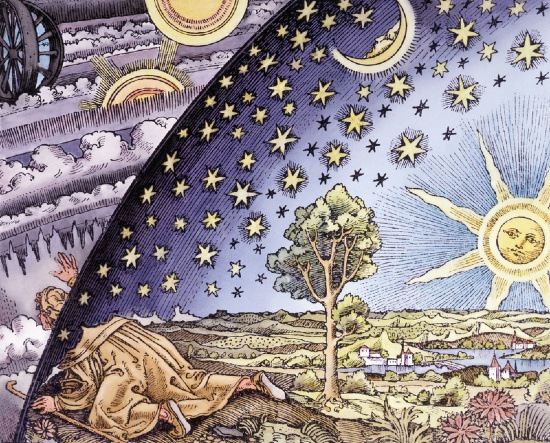 “The Creation account in Genesis should not be read as an ANE Temple Text because the Bible itself forbids such a reading.

Numerous times, God tells His people to forsake everything associated with pagan deities and myths. He commands His people to be holy and set apart in every way (see the Torah) and they were required to reject the false ideas of the pagan nations around them.
For God to author an account of Creation that was meant to be understood in the context of pagan myths would be for Him to contradict His own standards.
“For God is not a God of confusion but of peace, as in all the churches of the saints,” (1 Cor. 14:33).

Ultimately, those who argue for ANE linkage to the Bible have forgotten who ultimately wrote the Bible: God, the Holy Spirit.

This is an objection I’ve seen come up various times in different Facebook threads. Given that I’ve seen YECs raise it on more than one occasion, I thought it merited a post about it.
Here’s the problem with the objection. The fact that God told the Israelites not to adopt the religious practices of the Nations around them does not mean that he I would tell them to abandon all forms of thought and worldview that they share with the cultures around them. The Bible was not written in a cultural void. In order to communicate effectively, God had to choose concepts and ideas that were familiar with the original recipients of his word. That audience had a functional understanding of origins. In fact, a functional understanding of origins was the only thing they were interested in. We can see this when we examine their creation texts. Click some of the links above to see where I get into the ANE material. They weren’t even interested in answering the question how everything came into being or how long ago everything came into being. They were interested in asking the question who created everything and why I did that someone or someones create it. Who were the gods that made everything and why did the gods make what they made? That’s what all ancient peoples were asking. And that’s what their creation myths try to answer. This is the question that God responded to when inspiring the text of Genesis 1. Genesis 1 is, among a few other things, about God telling Israel “I alone created everything, and here’s what I made them for.” Israel also shared other concepts with their neighbors such as “Dome Cosmology”, as I like to call it. God did not see fit to update their science. God was not a science teacher. It was not his will to tell them how the heavens go, but rather to tell them how to go to heaven.
Persons like the above will never truly understand the Bible if they continue to refuse to interpret it and its cultural context. Has Michael Heiser likes to say, “Read The Bible like someone actually sat down and wrote it.”
Ultimately, those who argue against ANE linkage to the Bible have forgotten that human authors wrote it down and did not get it magically downloaded into their heads from the Holy Spirit. If God inspired Genesis today, it would look a lot different. He would use ideas and concepts that we are familiar with, such as DNA, single celled organisms, and big bang cosmology. He would, if inspiring the creation account today, talk about material origins and use scientifically precise language. Why? Because this is the kind of creation story we want. We are interested in the how and when of origins. But Genesis wasn’t written with a 21st century material ontologist in mind. It was written with an ancient audience in mind. Therefore, we need to read the text like an ancient would. But how do we think like an Ancient Near Eastern person? By examining their writings. Writings are thoughts expressed. If you want to know how an ANE person thought, read what they wrote.
Moreover, God’s account in Genesis is not just another temple text, but God uses the language and ideas of the time to communicate. And what they knew already was in terms of temples and fighting gods. He corrected the false understanding of several gods, and he pointed to His temple. This was, as I argue in the above mentioned paper; the ultimate anti-pagan polemic. It was a spit in the face to the religions of Baal and Marduk, whose creation stories have the universe being their temples. Yahweh says, “Nuh uh. This cosmos is my temple.”
Besides, not all of the information about the temple aspect of the view comes from extra-biblical Ancient Near Eastern creation myths. Some of it comes from The Bible. The number 7 being a recurring number in religious settings, for example, is in scripture.
Ultimately, the problem here is that this person exhaults the divine nature of scripture and downplays the human element.  As someone else said in that same thread, “To divorce the Bible or any part of the Bible from the four main contexts (cultural, situational, macro/micro literary contexts) is to run the risk of making the Bible in your own image and not in line with the authors intentions. The Bible was written by a people in a place and time and we cannot ignore that. Their cultures finger prints are all over the Bible wether we like it or not… even if is rocks your worldview. The scriptures were not golden tablets that fell from heaven.”
In conclusion, this is a bad objection against The Functional Origin/Cosmic Temple Inaguration interpretation of Genesis 1.
Liked it? Take a second to support Evan Minton on Patreon!

Does 1 Corinthians 15:39 Rule Out Evolution?