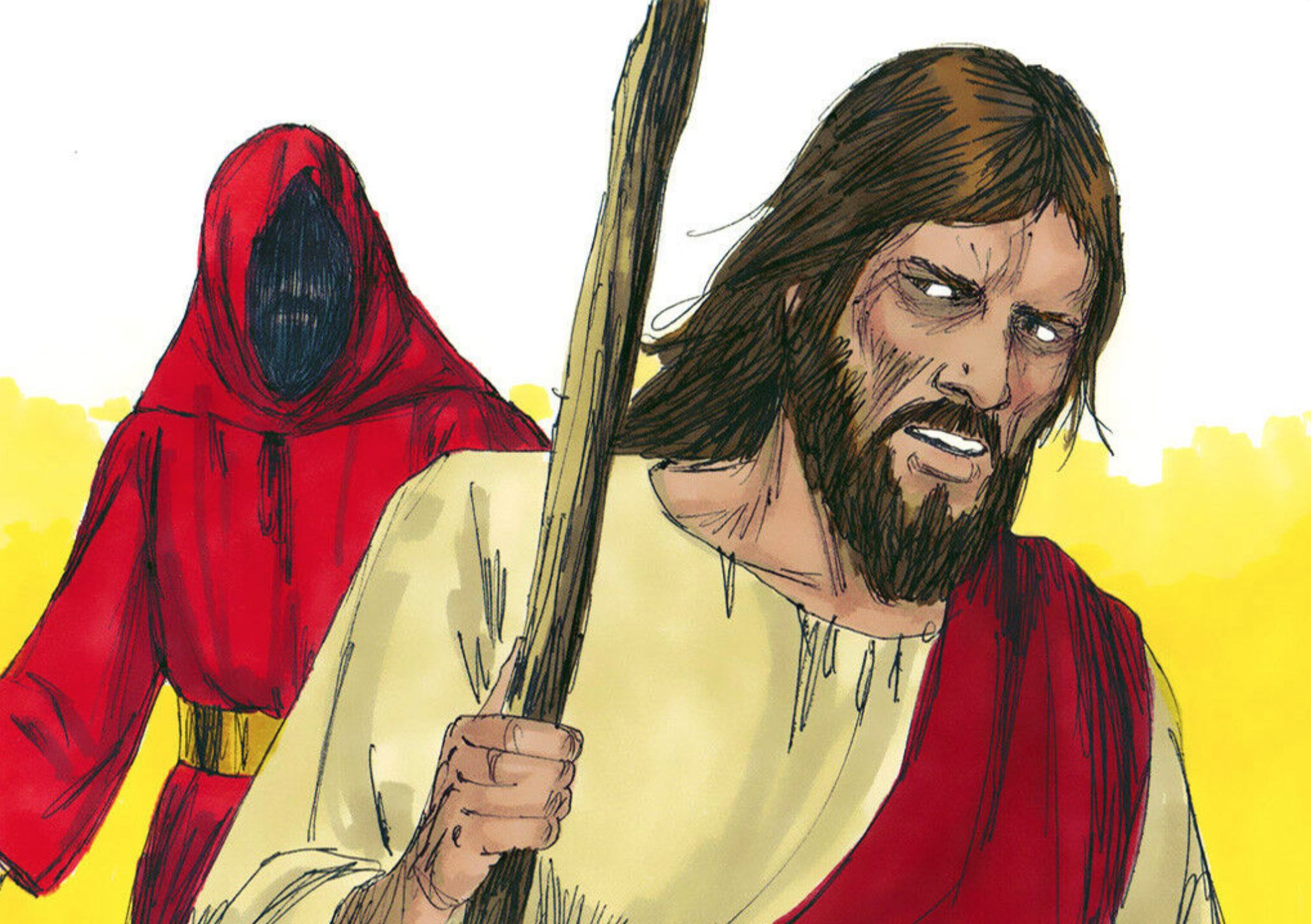 A Christadelphian (a heretical religious group that disbelieves in the deity of Christ) argued against the deity of Christ to me, when we debated about a year ago, using a Bible verse from James 1:13. A friend of mine debated a Muslim recently in a Facebook group and that Muslim used James 1:13 as well, Now, I thought this was a troubling argument when I first heard it because I strongly believe that Jesus Christ is God Almighty: The Creator of the universe (Collosians 1:15-17) and is the same Being as God The Father (John 10:30), although not same person as God The Father (God is 1 what, but 3 whos, 1 being but 3 persons which make up that 1 being). The Bible also teaches Jesus’ divinity in the Old Testament. Isaiah 9:6 says “To us a child is born, to us a given, and he shall be called wonderful counselor, MIGHTY GOD, everlasting father, prince of prince”. Isaiah 9 is a messianic prophesy passage, telling us that the Messiah, when he came, would be an everlasting father and the Almighty God in human flesh. One can also make an argument for Jesus’ deity from the many titles that the disciples and Paul attributed to Him in their inspired writings which The Old Testament attributes to Yahweh. For example, Jesus is called the “savior” of the world (for example, 1 Timothy 2:4 and many other New Testament passages which call Jesus our Lord & Savior). But God, in The Old Testament said that He is our savior and that there is no savior but Him! God says in Hosea 13:4 “I have been the LORD your God ever since I brought you out of Egypt. You must acknowledge no God but me, FOR THERE IS NO OTHER SAVIOR.” God says that there is no other Savior but Him and yet The New Testament calls Jesus our Savior. Either Jesus is God or there is a contradiction in The Bible. But given the many New Testament verses and passages which teach that Christ is God, I think the former is more probable than the latter.

But what about James 1:13? James 1:13 says “And remember, when you are being tempted, do not say, ‘God is tempting me.’ God is never tempted to do wrong, and he never tempts anyone else.”

The Bible says that God is never tempted to do wrong. What’s the problem here? Well, the problem is is that The Bible ALSO says that JESUS was tempted and also, as I’ve demonstrated above, that Jesus is God.

“Then Jesus was led by the Spirit into the wilderness to be
tempted by the devil. After fasting forty days and forty nights, he was hungry.
The tempter came to him and said, ‘If you are the Son of God, tell these stones
to become bread.’ Jesus answered, ‘It is written: ‘Man shall not live on bread
alone, but on every word that comes from the mouth of God.’ Then the devil took
him to the holy city and had him stand on the highest point of the temple.’ If
you are the Son of God,’ he said, ‘throw yourself down. For it is written:
“‘He will command his angels concerning you,
and they will lift
you up in their hands,
so that you will
not strike your foot against a stone.’”
Jesus answered him, “It is also written: ‘Do not put the Lord
your God to the test.’
Again, the devil took him to a very high mountain and showed
him all the kingdoms of the world and their splendor.  ‘All this I will give you,’ he said, ‘if you
will bow down and worship me.’ Jesus said to him, “Away from me, Satan! For it
is written: ‘Worship the Lord your God, and serve him only.’Then the devil left
him, and angels came and attended him.”
Hebrews 4:15 says “This High Priest of ours understands our weaknesses, for he faced all of the same testings we do, yet he did not sin.”

Jesus is God, Jesus was tempted, yet God cannot be tempted. There seems to be a logical inconsistency here at first glace.  How do we resolve this apparent contradiction?

Well, I thought about it and it appears to me that there are 2 different ways a person can be tempted to do something. One way is the way in which we most commonly think about temptation; that is, we think of temptation as being a strong urge to do something we know we do. But I think a person can be tempted even if they don’t feel the urge to commit the act. For example, I can tempt you to eat the ice cream cone that I’m holding in my hand. I am trying to persuade you with my words in order to do the thing I want you to do. Now, I am tempting you regardless of whether or not you feel any compulsion to take the ice cream cone from my hand and eat it. In the same way, I think God CAN be tempted in the sense that someone can try to persuade Him to do something that they want Him to do, but God CANNOT be tempted in the sense of feeling the urge to do evil.

Satan tempted Jesus in the sense of trying to persuade Him to do sin, but Satan did not tempt Jesus in the sense of getting Jesus to feel an urge to do sin. Jesus may not have felt the urge to commit sin, but Satan nonetheless did his best to smooth talk Him into committing the sin. The law of noncontradiction (one of the laws of logic) tells us that 2 opposing statements cannot both be true at the same time, in the same sense, and in the same way. BUT 2 opposing statements can be true at DIFFERENT times, in DIFFERENT senses and in DIFFERENT ways. For example “I’m pregnant” and “I’m not pregnant” cannot both be true at the same time. But “I’m pregnant” can be true at one time (during the pregnancy) and “I’m not pregnant” can be true at another time (after the baby is born), so they both can be true, just not at the same time. 2 opposing statements can also be true as long as they’re true in different senses. For example “I’m knowledgeable” and “I’m ignorant” can be both be true in different senses. For example, I’m knowledgeable when it comes to The Bible, but I’m ignorant when it comes to knowing how to build a computer. However, the statements “I’m knowledgeable” and “I’m ignorant” cannot both be true when referring to my knowledge of The Bible, because then it would be a contradiction. In the same way, the statements “God was tempted” and “God cannot be tempted” can both be true as long as the 2 statements mean different things, i.e “God can be tempted” in the sense that someone can try to persuade Him to do something, but “God cannot be tempted” in the sense that He feels the urge to do the thing said person is trying to get Him to do.

Does The Bible Teach That God Is A Trinity?

In What Way Is Jesus Begotten From The Father?

Did Jesus Contradict The Father In Matthew 5?