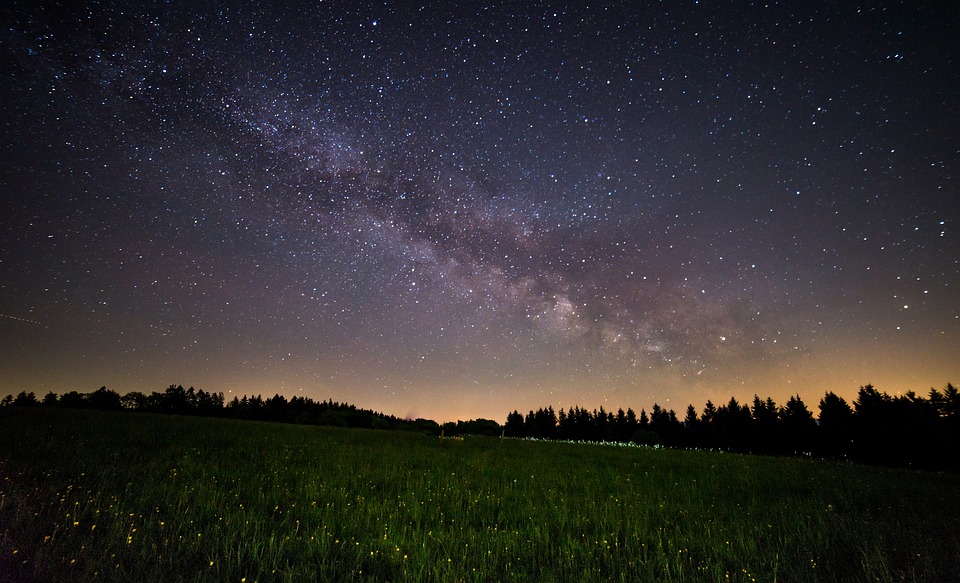 Why does anything at all exist? Why isn’t there just nothing? This is the first philosophical question I ever remember asking myself. I remember lying in bed at night when I was about 6 years old, and I asked and pondered this very question. I thought to myself “Everything must have been made by God. If God didn’t exist, then nothing else would exist either. Since everything exists, God must exist. But what if God didn’t exist either? Then nothing else would exist.” It was only 15 years later that I discovered that my childlike insight was actually developed into a sophisticated philosophical argument for the existence of God long before I was even born. In fact, I had even forgotten that moment of reflection when I was a small child until I started reading about the argument as an adult. Then I remembered.

The argument is called “The Contingency Argument For God’s Existence”. Sometimes it’s referred to as “The Leibnizian Cosmological Argument”, the reason why it is called that is that the argument was first formulated by the mathematician Gottfried Wilhelm Leibniz. The following version of the contingency argument is frequently defended by philosopher Dr. William Lane Craig, particularly in his books On Guard and Reasonable Faith. The argument’s premises are:

1: Everything that exists has an explanation of its existence (either in the necessity of its own nature or in an external cause).

4: Therefore, The universe has an explanation of its existence.

5: Therefore, the explanation of the universe’s existence is God.

This argument is logically valid. If the skeptic wants to dodge the conclusion, he’s got to demolish one of the argument’s steps. Let’s examine the steps of this argument to see what reasons can be given for affirming them.

Premise 1: Everything That Exists Has An Explanation Of Its Existence (Either In The Necessity Of Its Own Nature Or In An External Cause).

*This Premise Is Self-Evident – We all intuitively know that whatever exists has some sort of explanation as to why it exists. Imagine you were walking in the forest with a friend and found a ball lying on the ground. You would naturally wonder how the ball came to be there. If your friend said to you “Don’t worry about it. The Ball just exists inexplicably” you would either think he was crazy or was joking around. Either way, you’d never take seriously the notion that the ball just existed there with no explanation for why it existed or how it came to be there.

*Objection: Does God Have An Explanation Of His Existence?

Critics of this argument frequently object to this premise by saying that if everything that exists must have an explanation for why it exists, then God must have an explanation for His existence. If God exists, then the premise applies to Him as well. However, that would demean God as it would mean something existed outside of God Himself which brought Him into existence. In other words, God would have a Creator and we would have a Heavenly Grandfather. Now, if we make God an exception to premise 1, the skeptic would rightly accuse us of special pleading. And moreover, he could ask that if we’re allowed to make God an exception to premise 1, why not exempt the universe?

This objection does not succeed. Read the first premise again. “Everything that exists has an explanation of its existence (either in the necessity of its own nature or in an external cause)”. We would agree that God’s greatness would be diminished if he had an external cause for His existence. But that’s not the only type of explanation there is. One category of existence-explanation is necessary existence. What the Christian Apologist would say in response is that God does indeed have an explanation for His existence, but that explanation is that He exists by the necessity of His own nature. If God exists, He cannot not exist. His non-existence is logically impossible.

So premise 1 certainly seems to be true. What about premise 2? Is premise 2 true?

The cause must be

Supernatural – “Nature” and “The universe” are synonyms. Since the cause is beyond nature (given that its the explanation why nature exists), it follows that the cause is supernatural. After all, that’s what phenomenon transcendent to nature is. Super natural, that which transcends the natural.

Powerful – Whatever is able to create and/or sustain the entire physical cosmos must have enormous power.

Uncaused – Given that the cause of the universe is a necesarilly existent being, it must therefore be uncaused. Necesarry existence presupposes eternal existence.

This sounds an awful lot like God to me. Now, we don’t have to call this cause “God” if that makes the atheist feel uncomfortable. We could just call it “The non-spatial, immaterial, unimaginably powerful, necesarilly existent Mind behind the universe”. But to avoid getting out of breath, I prefer to label this explanation “God”.

Moreover, even if the universe were beginningless, it would still be the case that it needs a cause that has the aforementioned properties. Leibniz’ argument doesn’t depend on proving that the universe had a beginning. As long as the universe is not a necessarily existent thing, then it needs a non-spatial, non-material, powerful, uncreated Mind to be the explanation for why it exists. For The Contingency Argument to succeed, all that needs to be true is that the universe is contingent.

Of course, if someone wanted to resort to some crazy idea like solipsism (the view that you are the only thing that exists, and the entire universe and everything you experience are projections of your own mind), that doesn’t get you out of this premise. In this case, one could just say that YOU are the universe.

4: Therefore, The Universe Has An Explanation Of Its Existence.

This follows logically from premises 1 and 3.

5: Therefore, The Explanation Of The Existence Of The Universe Is God.

This follows logically from premises 2 and 4.

This is one way an atheist could escape the conclusion of this argument. Perhaps premise 2 of this argument is false. The atheist could say “Well, granted. God or a being remarkably similar to God must be the explanation of the universe’s existence provided the assumption that the universe requires an external cause. But maybe that assumption is wrong. Maybe the explanation for the universe’s existence is that exists by a nature of its own existence.”

In order to save premise 2 and ergo the argument’s conclusion, we’ll need to show that the universe does require an external cause for its existence. There are some pretty clear reasons why we wouldn’t want to embrace this alternative. As we think about this big ole world we live in, none of the things that it consists of seem to exist necessarily. It seems like all of these things didn’t have to exist. It seems like they could have failed to exist.

This proposal just simply doesn’t work. Allow me to explain why. You see, according to physicists, matter consists of teensy weensy particles called “quarks.” Everything in our world are just different arrangements of these quarks. But it seems to me that one could ask why a different collection of quarks could not have existed in the stead of this one? Are we expected to believe that every single quark in existence cannot possibly fail to exist? Does the skeptic want us to buy into the notion that all of the quarks in the universe have to exist?

To see the point, think of your house. Could your house have been made of candy? Now, I’m not asking if you could have had a different house (one made of candy) in the stead of the one you actually live in. I’m asking if the very house you’re currently living in if that house could have been composed of candy. Obviously not. If it did, then it would not be the same house. It would be a different house.

Similarly, a cosmos comprised of different quarks would be a different cosmos. Even if the said quarks were arranged in such a way as to resemble our universe identically, it still wouldn’t be the same universe because the quarks comprising it would be different quarks. It follows from this that the universe does not exist by a necessity of its own nature.

Moreover, we have powerful scientific evidence that not only could the universe have failed to exist, but there was a time when it actually did not in fact exist. The Big Bang Theory has a lot of scientific evidence in its favor. A Big Bang beginning is a logical entailment of the expansion of the universe which is itself an entailment of the empirically verified “red shift” of distant galaxies, and moreover, The Big Bang is the only explanation for the abundance of light elements in the universe. Moreover, the universe is running out of usable energy over time, and if the universe had existed from eternity past, it would have run out of usable energy by now. Yet the universe has not run out of usable energy by now. This means that the universe cannot be eternal in the past, but must have an absolute beginning. Since the universe had an absolute beginning, it cannot exist by a necessity of its own nature. Why? Because necessary existence entails beginningless existence. It something cannot possibly not exist, then it could not have had a beginning to its existence. Since if it had a beginning to its existence, that would mean there was a time that it did not exist.

Given the truth of the 3 premises, the conclusion follows: God is the explanation for why the universe exists.