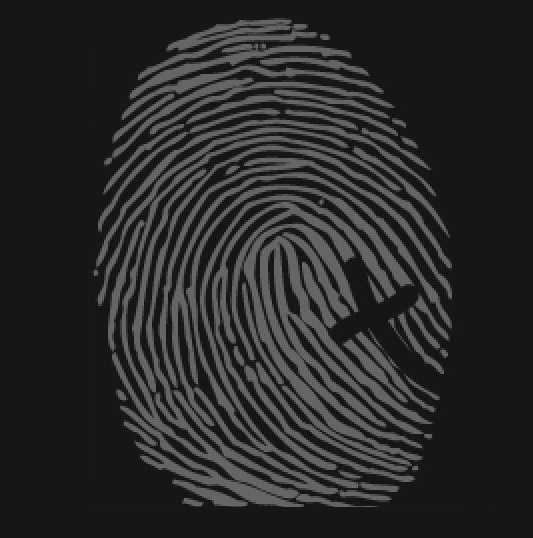 In August of 2015, I published my very first book ever: Inference To The One True God: Why I Believe In Jesus Instead Of Other Gods. The book was written to respond to skeptics who frequently pose the question “Why do you believe in Jesus instead of all these other gods you claim are myths? Why say these other gods of these other religions don’t exist, but Jesus does?” An alternative way the question is asked is “Why believe The Bible instead of the Hindu scriptures or the Quran, or any other supposed revelation?”

In my book, I gave what I now call “The Divine Identity Argument”. I never used that phrase in the book because I named the argument quite a while after I wrote and published it. But I will probably mention the name in future editions.

In the book, I defended several arguments for God’s existence, such as The Kalam Cosmological Argument, The Fine-Tuning Argument, The Local Fine Tuning Argument, The Moral Argument, and The Ontological Argument. These arguments are logically valid (meaning they correctly follow the 9 rules of inference such as modus ponens, modus tollens, hypothetical syllogism, disjunctive syllogism etc.) and they have true premises, as demonstrated by powerful evidence. Given that these arguments meet the 3 criteria required for an argument to be successful (i.e valid logic, true premises, and reasons to believe the premises are true), it follows that their conclusions follow: God exists.

The Kalam Cosmological Argument establishes that a spaceless, timeless, immaterial, powerful, uncaused, supernatural, personal Being brought all physical reality into existence at The Big Bang a finite time ago.

The Fine Tuning Argument proves that this same Creator finely tuned the laws of physics to precise parameters compatible with the existence of life.

The Bible also teaches that the Creator of the universe arranged the universe in such a way as to permit the existence of life. “For this is what the LORD says– he who created the heavens, he is God; he who fashioned and made the earth, he founded it; he did not create it to be empty, but formed it to be inhabited– he says: ‘I am the LORD, and there is no other.” (Isaiah 45:18).

The Local Fine Tuning Argument establishes that this designer of physics also crafted 400+ characteristics in our galaxy cluster, galaxy, solar system, and Earth-Moon planetary system to allow life to evolve.

The Moral Argument shows us that a morally perfect, necessarily existent, personal being who is a Trinity is the ontological grounding of objective morality. He inscribed the knowledge of right and wrong into our hearts. In the absence of this being, objective moral values and duties wouldn’t exist. Since they do exist, it follows that this being exists.

The Bible says the same: “(Indeed, when Gentiles, who do not have the law, do by nature things required by the law, they are a law for themselves, even though they do not have the law. They show that the requirements of the law are written on their hearts, their consciences also bearing witness, and their thoughts sometimes accusing them and at other times even defending them.)” (Romans 2:14-15). The Bible also teaches that God is a Trinity.

Putting It All Together


Given that “The God Of Natural Theology” and The God Of The Bible have exactly the same attributes, and since none of the polytheistic, pantheistic, or Deistic gods even come close to bearing the attributes of the God of these arguments, the most reasonable explanation is that The God proven to exist by these arguments and the God of The Bible are the exact same Being. This conclusion draws its inference from the law of identity. In logic, the law of identity states that “each thing is the same with itself and different from another”. What this means is that each thing is composed of its own unique set of characteristic qualities or features. In its symbolic representation, “a = a” or “For all x: x = x”.

The law of identity states If Thing X has the same properties as Thing Y, and if there’s nothing whatsoever to distinguish X from Y, then what that means is that X is Y. If Thing X has properties 1, 2, 3, 4, and 5, and Thing 2 also has properties 1, 2, 3, 4, and 5, and there is no additional property in either to distinguish Thing 1 from Thing 2, then it follows that Things 1 and 2 are the same thing, not 2 separate entities. If there is an additional property to distinguish one from the other, then it would be fallacious to conclude that they are the same.

My book makes a case for The God Of The Bible using this law of logic. The God Of The Natural Theology arguments bare properties 1, 2, 3, 4, and 5. The God Of The Bible also bares those properties. The conclusion is that they are the same. This conclusion is strengthened by the fact that none of the other deities in any of the other religions even come close to resembling the God of the Natural Theology arguments. This is particularly the case for The Moral and Ontological Arguments, which demonstrate the existence of a trinitarian Being. Only Christianity has a God that is a Trinity.

An Argument For The Bible’s Inspiration

Now, given that The Bible is inspired by this Being (who is morally perfect, as evidenced by the Moral and Ontological Arguments), then whatever The Bible says must be the truth. Morally perfect beings cannot lie, but will always tell you the truth. This means that we can believe that Heaven and Hell actually exist, that angels and demons actually exist, that Adam and Eve actually existed (provided our exegesis takes us to that conclusion, which I think it does), that believing in Jesus will grant you eternal life, but disbelieving in Him will land you in Hell, and so on and so forth.

I call this “The Divine Identity Argument” for Christianity. It infers that The God Of The Bible exists (and by extension, The Bible’s inspiration) by looking at arguments for God’s existence common to those in the field of Christian Apologetics, looking at The Bible’s description of God, and using the logical law of identity to infer that they are one in the same. I could only briefly explain my reasoning here. I couldn’t go into defending the premises of the arguments at all, in fact, I couldn’t even list the premises. Those interested in an in-depth treatise of The Divine Identity Argument are recommended to read my book on the subject titled: Inference To The One True God: Why I Believe In Jesus Instead Of Other Gods. The arguments listed in this blog post are also defended in various articles on this site, but they don’t do so within the context of The Divine Identity Argument like my book does. So if you would like to see my defense of the arguments’ premises, and how I respond to objections from critics, and how only The Bible’s God shares the same attributes with Natural Theology’s God, and you want all of the aforementioned in one organized package, then you should read the book. Click here to buy the book.

Q&A: Can’t Natural Theology Be Used To Prove The Existence Of Any Ole Deity?