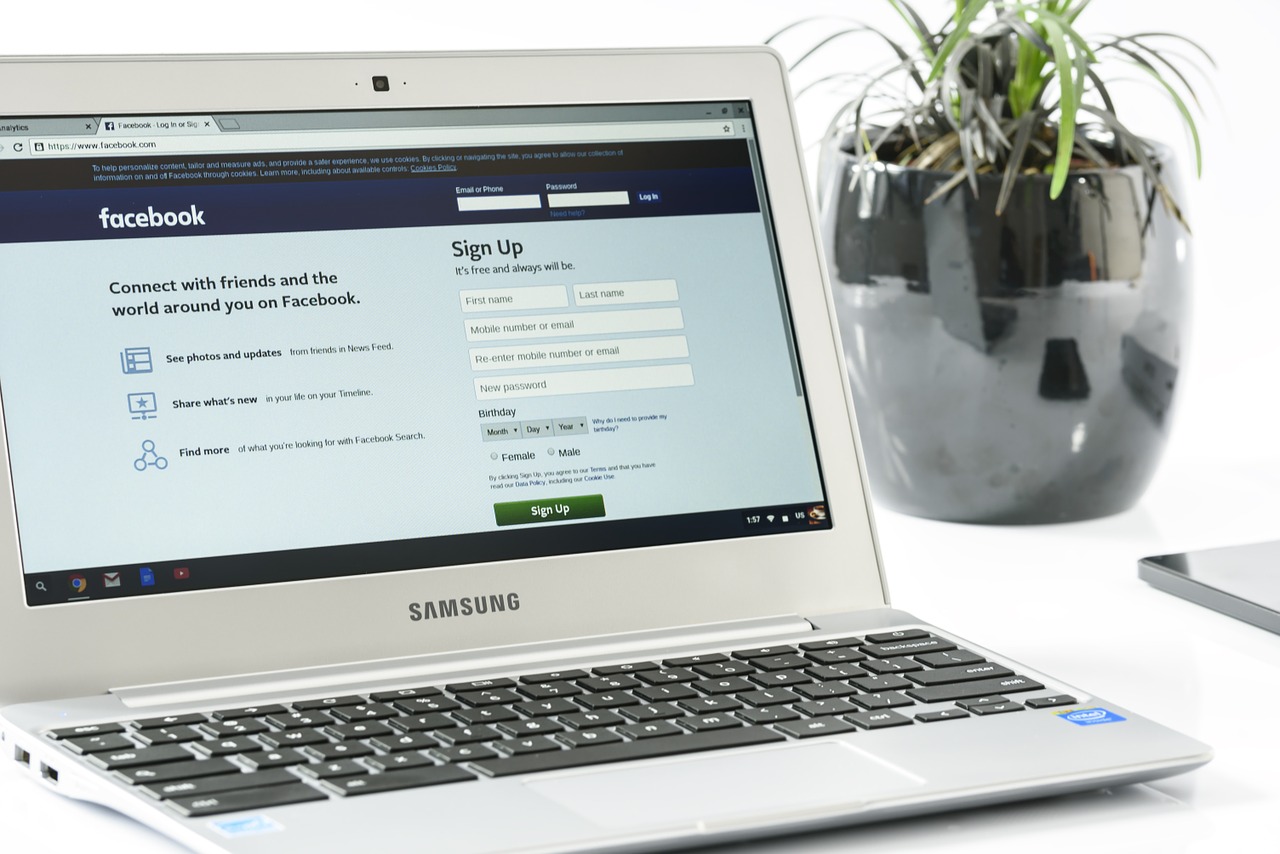 So, recently, I was scrolling my Facebook timeline when I came across the following meme posted by a Facebook page. The meme had Acts 13:48 on it with the second panel having pictures of Jacob Arminius plastered over the more Calvinistic sounding parts, implying that Arminians just can’t handle the verse. It’s not compatible with their soteriology. I’m inclined to agree, but as a Molinist who agrees that God predestines all individuals via acting on His middle knowledge of what situations WOULD invoke a free-response out of us, I commented “*laughs in Molinist*”. What ensued was a very interesting (and toxic) conversation with an individual named Will.

Page Admin: “what’s the Molinist have to say about it?”

Me: ” God predestined me to salvation by choosing to actualize a world in which He knew I would freely respond to His prevenient grace. God knows logically prior to His creative decree what every free creature would do in any given circumstance they could find themselves. Acting on this knowledge, God can get people to do things by ensuring they find themselves in such circumstances.

Will: God predestined you to salvation by causing you to want salvation in the first place. By softening your heart to the gospel that you would never ever freely choose on your own in any circumstance except that He caused in you to desire to do so.

Me: He enabled me to come through prevenient grace, sure. John 6:44 says no one can come to Christ unless The Father draws him, but God didn’t causally determine me to come to repentance. God draws all people as John 12:36 says, but this drawing, as Acts 7:51 and Matthew 23:37 strongly indicate, can be resisted.

Molinism better explains the biblical data than either Calvinism or the Roger Olson brand of Arminianism.

Will: God did in fact causally determine that you would receive salvation and causally determined that another person would not.
His choice had nothing to do with what your choice would be.
His choice was based solely on His will alone.
Gods will can not be resisted as that would mean Gods word had failed to achieve what God wanted it to achieve.
Isaiah 55:11
Your mistake is the same as any Arminian.
You take two different views of salvation (Gods view and mans view) and try and combine them to defeat Gods absolute sovereign will and control over salvation to the smallest detail.
In reality, they’re separate views that cannot be combined.
Molinism is unnecessary and not biblically compatible with property understood exegesis.

Me: Nice out of context verse you got there. By the way, if God’s will cannot be resisted, is Acts 7:51? In what way were the religious leaders resisting The Holy Spirit if God caanot be resisted.

Will: Acts 7:51 is mans limited temporal view of salvation.
Every verse you’ve posted is out of context that proves exactly that you hypocrite

There are few things I want to comment on regarding this conversation.

First is the utterly toxicity of the person I was responding to. He started mudslinging right out of the gate. Right from the get-go, he accused me of having a man centered theology and of being a hypocrite. My “Hahaha ok” comment was my way of saying “You’re a toxic cage stager who I don’t take seriously and Imma bow out of this conversation.”

It disturbs me how many people become toxic when they become Calvinists. This individual is one who I knew a while back as someone who shared my view on soteriology; Arminian-Molinism, which I defend in-depth in my paper “The Soteriological Case For Molinism.” Will was a Molinist like me. But at some point, he became a deterministic Calvinist and just vanished from my social media until recently.

He was so different than how I remember. I do not remember him being that abrasive and condescending. There is something about the system of Calvinism that changes people. I’ve had several good friends who were pleasant and nice guys, and when they became Calvinists, they got increasingly abrasive and condescending as time went on, and it got so bad I had to utterly disassociate with them. I put up with them for as long as I did because I wanted to preserve our friendship. I can think of one fellow whom I knew for almost as long as I’ve been in apologetics. We had many Google Hangout sessions together, and we even hung out in real life once. I really enjoyed reading his blog too. He had a lot of good things to say regarding Christian Apologetics and theology. But his toxicity grew to such proportions that one day I just decided that I had had enough. So I ghosted him.

What is it about this system that changes people? Why do otherwise nice, friendly Christians turn into such jackasses upon adopting determinism and T.U.L.I.P? Several possible answers could be proposed. One possible option is that many of the theologians they read and listen to behave like this. The most famous examples would be James White, John MacArthur, and Paul Washer. Could it be that Calvinists who are fans of these men unconsciously mimik their behavior? I have argued elsewhere that the God of Calvinism is a moral monster; He causally determines people to sin and then He punishes them for the sins He caused them to commit! If that’s not unjust, I don’t know what is. Psalm 115:8 says that people become like the god they worship. If you worship a god who is selectively loving, takes pleasure out of displaying his wrath, et. al, then is it really surprising that the system doesn’t churn out the kindest of people?

Whatever the reason, I don’t like the fruits of Calvinism. Virtually every single negative experience I’ve had with Christians have been with those who call themselves Calvinists.

His Peculiar Appeal To Isaiah 55:11

I never stop being amazed at the texts Calvinists think prove their position. Just when I think I know all the proof texts they’re going to bring up (e.g Romans 9, which I wrote a blog post on here), they go and pull one I never would have dreamed of. I have read Isaiah 55:11 many times since I started reading and studying The Bible, and not once did I ever go over this verse and think “This sounds kind of Calvinistic.” What does this verse say? “

“so shall my word be that goes out from my mouth; it shall not return to me empty, but it shall accomplish that which I purpose, and shall succeed in the thing for which I sent it.” – Isaiah 55:11 (ESV)

I have always interpreted this verse to mean that when God speaks, someone, somewhere will listen. God won’t be wasting his breath. If you’ve got a big audience listening to a preacher, it’s not as though every single person will turn away. In Isaiah’s context, I think God was saying that some of the Israelites would turn back to him. But this in no way implies that those who turned were irresistibly determined by Him to do so.

Indeed, on a Molinist scheme, God could set the world up in such a way that there’s always a group of people in a crowd who turn to Him, since He knows, logically prior to the creative decree, what we all would freely do in any given circumstance. Although, I don’t even think you need to appeal to Molinism to adequately account for this text. However, God’s middle knowledge certainly can enable Him to guarantee that whenever He speaks, there will be those who freely choose to respond positively. He knew they would if they found themselves in those circumstances.

Perhaps I’m wrong on that interpretation, but it certainly seems to me to be the most plausible reading of the text as of right now. In any case, I don’t think God was saying that His audience would irresistibly come back to him. That’s reading into the text. That’s eisegesis. The most you can get out of this is that God will never waste His breath. When He speaks something is going to come of it.

Will’s response to Acts 7:51 was just as peculiar. Acts 7:51 is what Stephen said to the Sanhedrin who were putting him on trial for blaspheming against the Law of Moses. Stephen said “You stiff-necked people! Uncircumcised in hearts and ears! You always resist The Holy Spirit!” My point in bringing this verse up is that Stephen said explicitly that The Holy Spirit can be resisted! This doesn’t sound like the Calvinistic notion of irresistible grace. What will said in response is that “Acts 7:51 is man’s limited temporal view of salvation.” What is meant by this? Perhaps a Calvinist in the comment section can clear this up. I didn’t stick around to probe him on this because I didn’t want to inhale his toxic fumes.

Perhaps he meant that Stephen was simply describing what he observed from his limited human perspective, not from God’s divine perspective. In other words, Stephen was mistaken. The Sanhedrin weren’t really resisting The Holy Spirit. Stephen just thought that they were. This seems to be what Will was saying. If so, the problem with this interpretation is that a few verses later we are told that The Holy Spirit came upon Stephen, implying that what he preached to the Sanhedrin was by The Holy Spirit, ergo carrying divine authority an unable to be in error. Acts 7:55 says “But Stephen, full of the Holy Spirit, looked up to heaven and saw the glory of God, and Jesus standing at the right hand of God.” (emphasis added).

If it weren’t for this statement that Stephen was full of The Holy Spirit, I think the Calvinist could be justified in brushing his statement in Acts 7:51 as just Stephen being in theological error. Alas, He was full of The Holy Spirit. Stephen was essentially a prophet for the last 15 minutes of his life. In Acts 7, he overviewed Old Testament history, showing how everything God had done in the history of Israel led up to the moment of Jesus’ atoning death and resurrection. The Sanhedrin, like their ancestors before them, put to death yet another prophet who spoke for God. But unfortunately for them, Jesus was more than a prophet. He was Israel’s long-awaited Messiah and God incarnate (Isaiah 9:6, John 1:1-3, 14, John 8:58, John 10:30, Philippians 2:5-8). But even then they refused to listen to God. Instead of repenting for rejecting Jesus, they killed yet another spokesman of God; the young Stephen!

I have kept my interlocutor’s identity a secret. No doubt he will recognize that he is the one I’m talking about, but for his privacy’s sake, I have elected to use only his first name, and I did not mention the Facebook page or the post in which we commented on. I’m disappointed that we couldn’t have had a more productive dialogue, but that’s just the way it is sometimes.

The Incompatibility Of Compatiblism

An Unbeliever Meets The God Of Determinism (Satire)