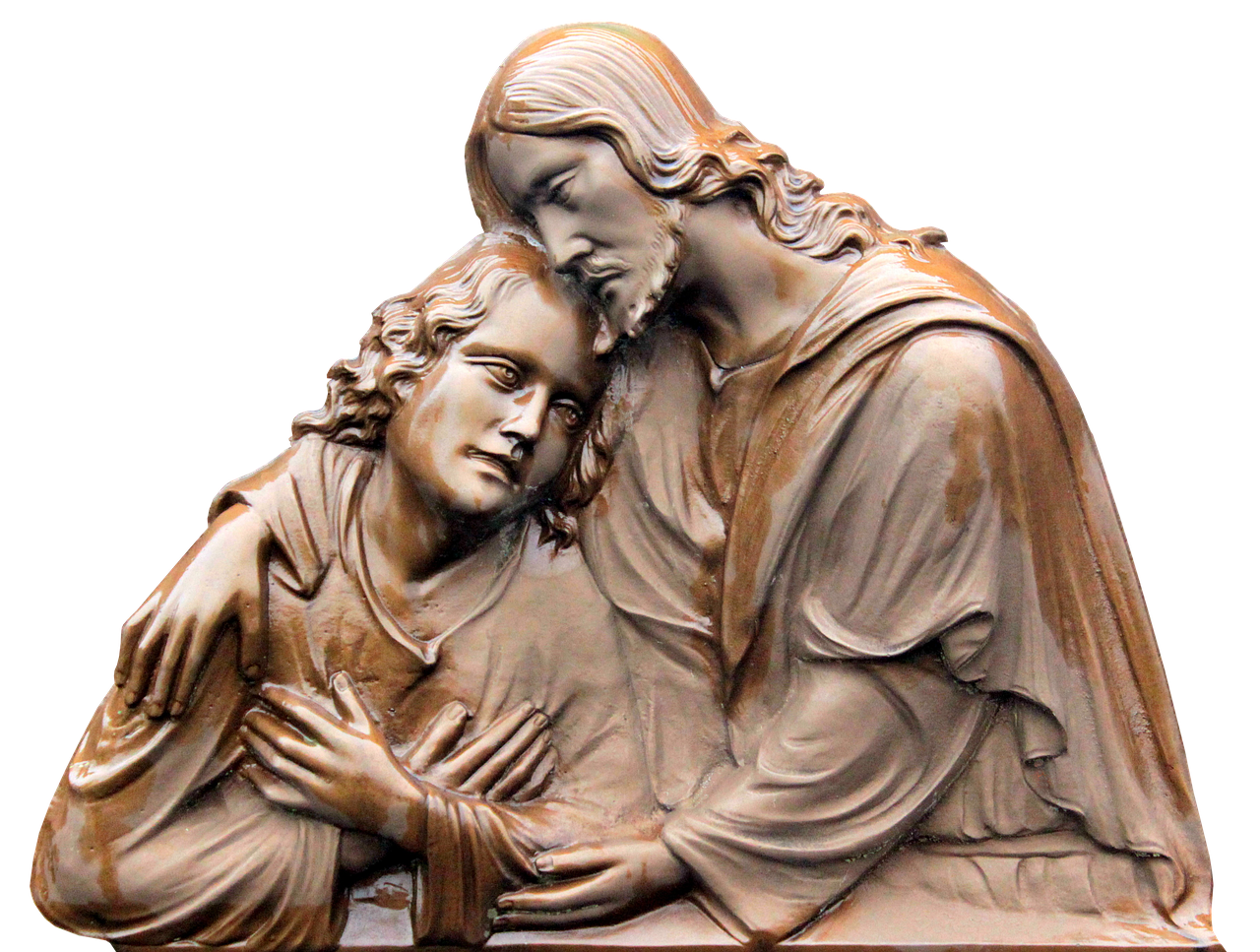 I recently thought of a possible new objection to Soteriological Molinism that I think is stronger than some of my older ones. On Molinism, even if God doesn’t create the unsaved to send them to Hell, he did not create them for their own good. He created them for the sake of those who he knew would freely choose him. They seem to be a sacrifice for the sake of the believers, a means to the end of getting as many Christians in Heaven as possible!!

In your article “God’s Freedom To Love Revisited” you argue that since God has the freedom to love since he can choose who to create and if he creates a person he is loving them, and your definition of love is seeking a person’s well being. And further, by creating the unsaved, he is not really “pursuing a relationship with them” if he knows that they won’t accept his offer. They could accept it, but he knows for 100% sure that they won’t. He instead intends to through chaos theory, (according to you) use their rejection of him to be a part of the complex web that results in the most people accepting him as their savior and other such benefits. This could be through suffering as you suggest, but it could also be through any and all actions done by that non-believer via chaos theory as each action will have countless effects throughout eternity.

Another problem is that Molinism entails that Jesus didn’t die with the intention of saving any person who would/will die a non-believer. He could have died to provide them a way out, but this way out will only add to their condemnation (a harm for them) since he knows they will freely choose to not take it.

Once again it may be worth it in the effort to bring as many people to Heaven as possible, (the issue of whether it is worth it is NOT my argument) but it has several implications about God’s love.

It’s been a while since I’ve heard from you, Sam. It’s good to talk to you again. First, I don’t think it is possible to seek the well-being of someone who will never exist. As not only is there not anyone presently existing to seek the well-being of, but the person’s individual essence will never ever be actualized. You can neither harm nor care for someone who’s existence will never ever be actualized. So in choosing to never create many individual essences (persons), God is neither loving them nor hating them. There is no one to love or hate and never will be. Only if God decided to actualize a possible world in which these individuals will eventually come into existence would God love them and be able to seek out their well-being. Imagine that I have a large amount of counterfactual knowledge – not omniscient, just knowledge about all of my own possible future. Sort of like Doctor Strange’s knowledge of the 14,000,605 possible outcomes of their battle with Thanos in the movie Avengers: Infinity War – and I know that if I sire a child, he will become a drug addict and eventually die of an overdose. If I choose to not reproduce, I am neither loving nor hating my child because there is no offspring and there never will be. There is and never will be someone to whom I can seek the well-being of. For there to be well being, there must be a being who can be well. To choose not to create someone is not to seek their well being, but their non-being.

Now, if I decide to sire the offspring that I know will go down a destructive path, am I being unloving towards him? I warn him about the dangers of drugs, I show him documentaries and stories of people who suffered tragically through using cocaine and meth and so on, I teach him biblical morals and so on. I do my best to train him up in the way he should go. In doing all of this effort, I AM seeking his well-being. It is both my desire and my intention to turn him away from a life of substance abuse. Now, having the foreknowledge I do, I know that my efforts will ultimately be in vain. Nevertheless, because I love my son, I cannot help but at least try to change the future. I cannot help but at least try to steer him toward the straight and narrow path. I would only not be seeking his well-being if I made no effort at all to raise him right. Now you may ask “Since you knew your son is eventually going to die from a drug overdose, you should have just not created him at all. THAT would truly have sought his well being.” Ah, but again, you cannot seek the well-being of a non-being.

Suppose also that I know that this son of mine who will die as a drug addict has a twin brother who would be born at the same time as him, and as a result of seeing the self-destructive tendencies of his brother, the twin DOES go on the straight and narrow path. Unlike his brother Bob who suffered and died from drug addiction, the twin, Sam, has a good and happy life, becomes a successful doctor and discovers the cure for cancer. Ultimately, if I sire Bob and Sam, even though Bob meets and unfortunate end, many others prosper.

This is why I ask in my book “A Hellacious Doctrine” (soon to be re-published since I’m no longer a traditionalist) that “Why should the condemned have a veto power over which worlds God is free to create?” Why should the bad choices of Bob prevent me from bringing about this great good for not only Sam but for those Sam effects. Wouldn’t it be unfair to Sam not to sire him just because I could not do so without Bob coming into the world and making bad choices? Wouldn’t it be unfair to the redeemed not to create them because God could not create them without also creating the damned?

Now, I understand that you said that your objection here isn’t that siring Bob isn’t ultimately justified, it’s whether or not I was seeking the well-being of Bob or just simply using him as a means to an end. Well, did I not do everything I could do to turn him from his self-destructive ways? I showed him before/after pictures of meth heads, showed him documentaries of the horrors of drug use, I counseled him, and, when he did get addicted, I even pleaded with him to go to rehab. I did everything in my power to turn him from his fate except violate his free will.

So Jesus died as an atoning sacrifice to suffer the tortures (and death) of Hell for Himself so that we would not have to be tortured and eventually destroyed. Jesus suffered Hell on the cross on our behalf. He suffered it on behalf of every human being. There is no person whom Jesus did not die for. Such a person does not exist. Now, in order for this shed blood of the Christ to cleanse us from our sins, we must put our faith in Him. “If you confess with your mouth Jesus is Lord and believe in your heart that God raised him from the dead, you will be saved” (Roman 10:9) and “If we confess our sins, he is faithful and just and will forgive us of our sins and cleanse us from all unrighteousness.” (1 John 1:9). The blood of Christ is like soap; it can be given to all people, but if only some apply it in the shower, then only some will become clean.

But God knows that we cannot and will not come to Him if left to our own devices (see John 6:44, John 6:65), so therefore He draws all people to Himself through the prevenient grace of The Holy Spirit (John 12:32), but this drawing can be resisted or not resisted (Acts 7:51). It’s up to each person to respond to the call of The Spirit. If they do not, and they persist in their resistance of The Holy Spirit, Christ’s blood will not cover them. They will die in their sins (John 8:24), which consists of a period of torment and ultimately destruction of body and soul (Luke 16, Matthew 10:28).

Does God seek the good of those who will never be saved? Well, He was tortured and died for them, He sent them grace to try to persuade them to repent, He sent preachers and apologists and Christians repeatedly into their lives to repeatedly present the gospel to them and the evidence that Christianity is true. I don’t know about you, but this looks like seeking their well-being to me! I would say that God does not seek the well-being of the ultimately damned only if He never died for them, never gave them the gospel, and never gave them the prevenient grace needed to positively respond to it. But such is not the case.

Moreover, from a conditionalist/annihilationist point of view (which I now hold), it seems to me that what God does is more loving to the ultimately damned than never creating them at all. Now, I would not say this if I still held to ECT, but for God to bring people into existence and give them several decades and a plethora of chances and opportunities to come into a personal relationship with Himself is more loving than never creating them at all and never giving them even one chance. Granted, they will eventually be destroyed, but when you think about it, they aren’t going to be any worse off than they were prior to God’s decision to create them. True, they will suffer a period of torment for a finite amount of time (how long they suffer depends on how serious their earthly crimes were), but they’ll be annihilated, and they won’t feel a thing anymore (Psalm 37:2, Isaiah 66:24, Matthew 3:12). They have non-existence book-ended with pleas to enter eternal bliss in between. As Shakespeare said “Better to have loved and lost than to never have loved at all”. I think we can say “Better to have been offered a chance to have a relationship with God and lose it forever than to never have had the chance at all”. So, contrary to what you’ve said, I do think conditionalism helps here.

But what about Jesus’ statement in Matthew 26: 24 about it being better if Judas Iscariot had never been born at all? I actually used to this as an argument for eternal torment, but I now see that that’s reading more into the text than what is warranted. True, if eternal torment is what awaited Judas, that would make sense of why Jesus said it would be better if he had never been born, but that’s not only explanation of why Jesus could have said that. Perhaps Jesus said that because the pre-annihilation period of torment would be so horrible that Judas would wish he had never been born, sort of like Job (Job 3:1), not that it would have, objectively been better for Judas if he had never existed. It’s possible Jesus was speaking hyperbolicly. It was common after all for Rabbis to do that as Phil Weingart nicely points out in his book The Rabbi On The Mount.

Was God Unfair To Judas Iscariot?