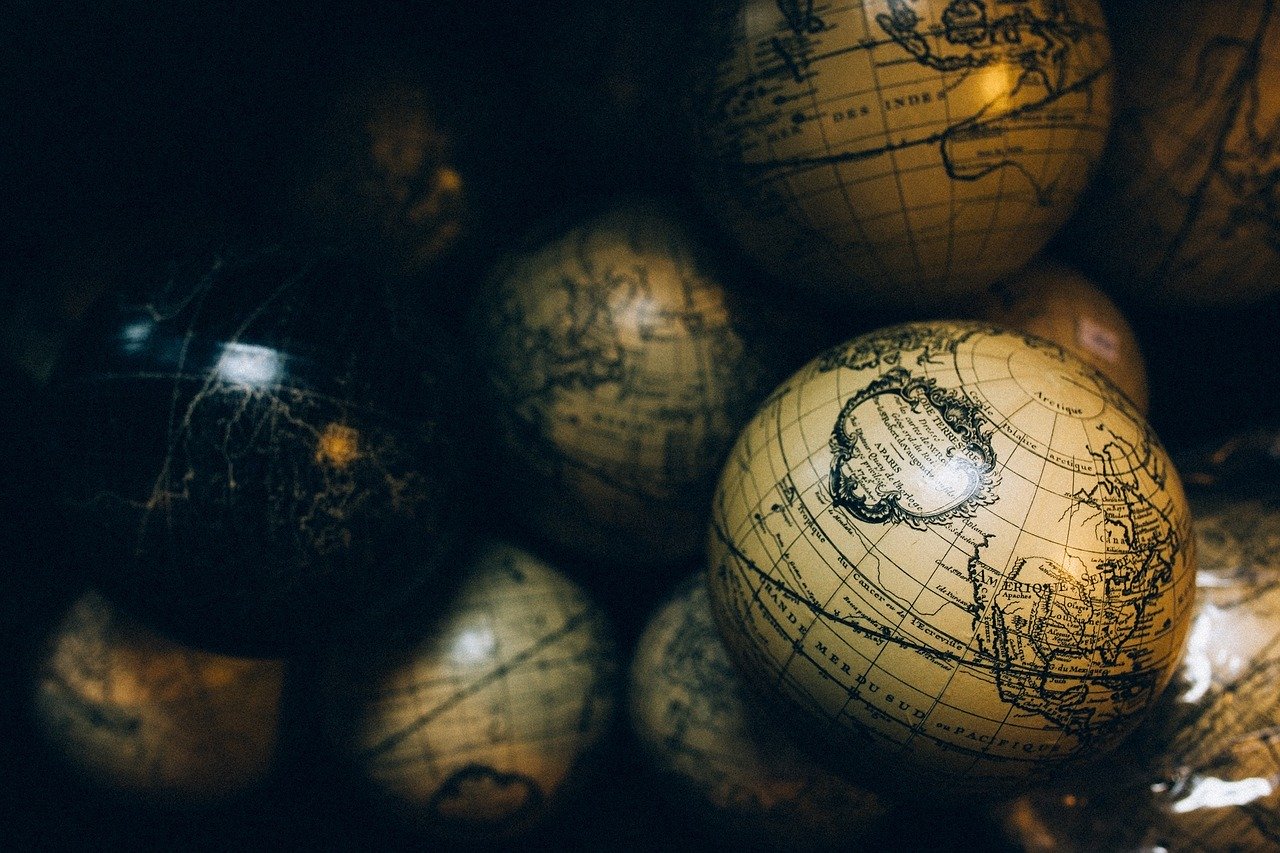 I have a quick question which was forwarded to me by a friend. It really got me thinking. According to Molinism, God has knowledge of all ways the world could have been (counterfactuals). He knows what would happen no matter what you choose to do, etc. But doesn’t this imply that there are possible worlds which do not meet God’s plan? Let’s say God wants to bring about a world with the most number of people who would freely choose Him, and this is that world which is why God actualized it. Wouldn’t this mean that there are possible worlds that God knows of which does not bring about the most number of people?

Or another example is Jesus’ death. God foreknew which people would freely vote for Jesus’ crucifixion hence why He chose to actualize the world in which these people are in the Sanhedrin. But wouldn’t this also mean that there are possible worlds God knew in which other people could have been in the Sanhedrin and they wouldn’t have voted for Jesus’ death? Doesn’t this imply God is fallible?

Thank you for reading my question! God bless you.

Some Set Up For Other Readers

When wanting to know if someone affirms Molinism, Dr. Tim Stratton of FreeThinking Ministries usually poses what he calls ”The Cosmological Quiz”

Question 1: Is it true that God exists in a state of aseity logically prior to creating the universe (and thus without the universe)?

Question 2: In this state of aseity, is God omnipotent? If so, does he possess the power to create creatures with libertarian freedom (even if He never does create them)?

Question 3: In this state of aseity, is God omniscient? If so, does he possess the knowledge of what these libertarian free creatures—within His power to create (even if He never does create them)—would freely do?1

And Tim Stratton said that if one answers “no” to any of these questions then they might be a heretic! On the other hand, if people answer “yes” to all of the above, then that means that they are Molinists!

Stratton explains “This is because if one affirms that God is both omnipotent and omniscient in the state of affairs logically prior to the creation of the universe, then some flavor of Molinism must be true. God would possess the power to create libertarian free creatures (even if He never creates them) and God would “middle know” exactly how these free creatures would freely think, act, believe, and behave logically prior to His creative decree.”2

Thus, having middle knowledge logically flows from the omnipotence and omniscience of God. Now, we know God is omnipotent and omniscient for two reasons; 1 reason is natural theology (The Modal Ontological Argument for God’s Existence). The other is scripture. In Luke 1:37, Gabriel says to Mary that nothing is impossible with God (and ergo, He can cause her to be pregnant despite the fact that Mary was a virgin). In Matthew 19:26, Jesus said “All things are possible with God.” Jeremiah 32:17 says “Ah, Lord God! It is you who have made the heavens and the earth by your great power and by your outstretched arm! Nothing is too hard for you.” So The Bible is pretty clear that God is omnipotent. It’s clear that He’s omniscient too, for example, Psalm 139:1-4 says “You have searched me, Lord, and you know me. You know when I sit and when I rise; you perceive my thoughts from afar. You discern my going out and my lying down; you are familiar with all my ways. Before a word is on my tongue you, Lord, know it completely.” and Proverbs 15:3 says “The eyes of The Lord are everywhere, keeping watch on both the evil and the good.”  God even knows what’s in our hearts (1 Samuel 16:10, Jeremiah 17:10).

So it would behoove anyone who believes that God is a Maximally Great Being and/or believes that The Bible is true to believe that God possesses middle knowledge.

As a result of possessing middle knowedge, God knows what every free creature would freely do in any circumstance they could find themselves in. In other words, God knows all feasible worlds. This is different, Sam, from possible worlds. Knowledge of possible worlds (knowledge of everything anyone could do, what is possible, what is necessary) belongs to God’s natural knowledge. And as I’m sure you know, God’s free knowledge (synonymous with foreknowledge) is a result of God’s free choice of which feasible world to create. Hence, why it’s called free knowledge. Middle knowledge comes in between natural and free knowledge. God middle knows which of the possible worlds are feasible for Him to create and which ones aren’t. For example, as I have said in my treatments on the problem of evil, there is a logically possible world in which no one ever freely chooses evil and instead always freely chooses to do the good. However, it may be the case that such a world is infeasible for God to create, if in any world God could actualize, at least some free creatures always would choose evil.

Does The Existence Of Other Possible/Feasible Worlds Make God Fallible?

Not at all! The mere existence of feasible worlds in which God’s will would be thwarted doesn’t render God infallible. God knows which worlds would and would not achieve all of His intended goals. He took everything in every world into account before deciding world would be the actual world, such as 1; there’s libertarian free will, and ergo love is possible, 2; whenever evil and suffering occurs, good comes out of it either quickly or eventually, 3; Jesus died for the sins of the world, 4; as a result of 3, eternal life is given to many, 5; which world has the optimal ratio of saved to lost, etc.).

In fact, Molinism is the only way that I can see in which we can have a God who, as scripture says, cannot be thwarted in his goals (Job 42:2, Proverbs 21:30, Isaiah 14:27) and yet also have humans with genuine libertarian free will. We can have free will and make all kinds of free decisions, but we can never thwart God’s will because God knows every decision we could, would, and will make in His natural, middle, and free knowledge.

Yes, there are “possible worlds which do not meet God’s plan” but that shouldn’t bother the Molinist, for our God is smart enough to not choose to actualize those worlds.

You wrote ////Or another example is Jesus’ death. God foreknew which people would freely vote for Jesus’ crucifixion hence why He chose to actualize the world in which these people are in the Sanhedrin. But wouldn’t this also mean that there are possible worlds God knew in which other people could have been in the Sanhedrin and they wouldn’t have voted for Jesus’ death?”//// —

You’re quite right. The crucifixion of Jesus was deliberately planned by God, His foreknowledge played a role in the matter, but it was wicked men who put Jesus to the cross. Molinists say that God knew that if Caiaphas was high priest in the first century, then he would freely condemn Jesus on grounds of blasphemy and he would freely take Him to Pilate for execution. He knew that if Pilate was prefect in the first century, then he would freely comply with the demands of the crowd. And God knew that if Judas was born in the time and place that he actually was, then he would become Jesus’ disciple for a while and would freely choose to betray Jesus to the Sanhedrin. God knew how all of these people would behave if He placed them in the time and places He did. God decreed the whole thing, but the libertarian freedom of the actors remained completely intact.

And so, unlike what our Calvinist friends would like us to believe, they don’t have a monopoly on the Acts 2:23 which says” This man [Jesus] was handed over to you by God’s deliberate plan and foreknowledge; and you, with the help of wicked men, put him to death by nailing him to the cross.”

But what if these people decide to do the exact opposite of what they actually chose to do? What if, Pilate decided to release Jesus or the Sanhedrin believed in Him? We shouldn’t fear, as you seem to do, that God somehow got lucky that all of these people just happened to do what they did to get Jesus on the cross. If Pilate, Judas, the Sanhedrin, or anyone else (heck, anyone throughout all of salvation history which lead up to that moment) had made decisions that would ruin the plan, God would already middle-know that. He therefore could decide to put different people in the positions Pilate, Judas, and the others found themselves in.

No, I don’t think Molinism renders God infallible. Your friend is mistaken, Sam.

Addressing Some Common Misconceptions Of Molinism