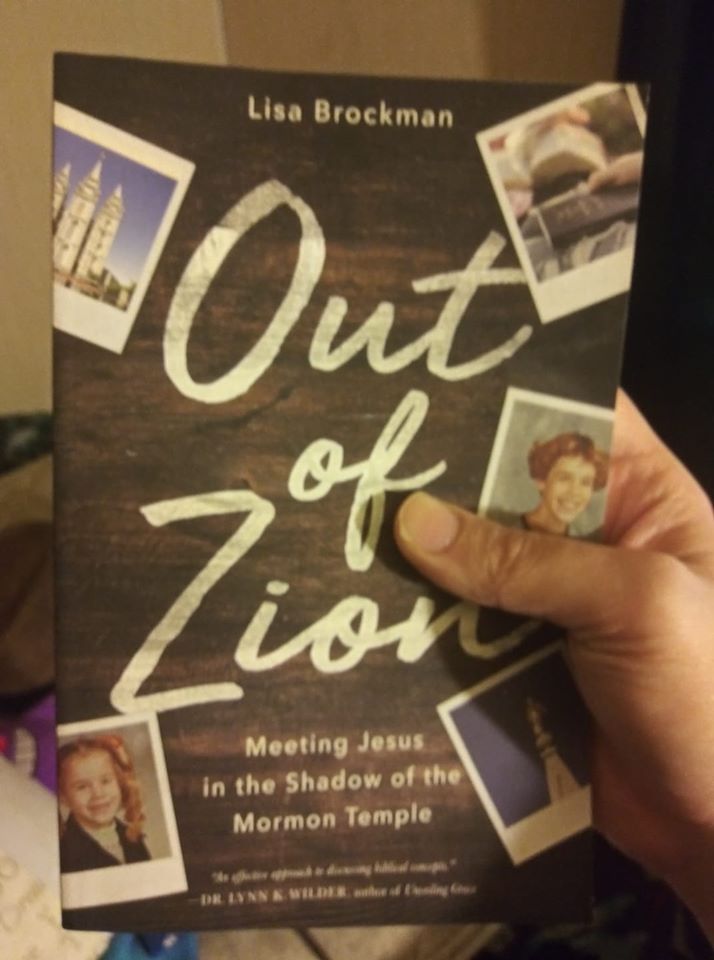 This book tells the story of a young woman who grew up in the Mormon church a.k.a The Church Of Jesus Christ Of Latter Day Saints (often abbreviated LDS). The book is not a primarily an apologetic for orthodox Christianity and against Mormonism. By that it mean, that it’s not a heavily argumentative book with scripture quotations showing Mormon Doctrines X, Y, and Z are wrong, there’s no chapter comprehensively defending the doctrine of The Trinity (a doctrine Mormons deny), or a biblical defense of the doctrine of justification by faith alone (also something Mormons deny). There are books out that do that, but this is not one of them. Rather, this book is a story; and a fascinating story at that. I could not put the book down as I continued to read through the pages. It almost felt like I was reading a novel. At the end of every chapter, I was like “I can’t stop now! I gotta find out what happens next!” But it’s not a novel, it’s a true story. I was actually able to read the whole book in an entire day (except for the appendix which I read the following day) because I was just enthrawled with reading this woman’s story.

Of course, Mrs. Brockman does lay out some of the evidence for Christianity and the evidence against Mormonism in chapter 6, which is titled “Exploring The Web”. This evidence is given in the context of a series of Bible Study sessions she had with a boyfriend of hers in college who was a Christian. Before this conversation with Gary (the name of her then-boyfriend), she hadn’t even so much as heard of the doctrine of The Trinity, the doctrine of justification by faith alone, and the doctrine of original sin! She didn’t just reject them, she hadn’t even heard of them before! But through her study of The Bible, she came to embrace them. Her journey involved a Lee Strobel-like period of researching evidence. First, she looked at what The Bible had to say in a compare-and-contrast with what the book of Mormon had to say, and then she looked into the evidence to see which, if either or both, of the two books, are reliable. On Archeological grounds, she found The Bible had much backing while The Book of Mormon wasn’t just lacking in archeological evidence, but the archeological evidence contradicted The Book of Mormon!

But as you go through the book, you find that becoming a Christian wasn’t easy. It cost her. It put strains on the relationships between her and her family, and put a lot of emotional stress on all of them. However, I’m not going to go into too much of this because, like I said, this book is a story,  and I make it a point to not give away spoilers. If you want the details, pick up the book yourself.

The end of the book has an appendix that gives you a basic strategy on how to share the gospel with Mormons you may encounter, either when they come to your door or in some other circumstance. I thought this was a very good addition to the book.

BOOK REVIEW: “The Kalam Cosmological Argument, Volume 1: Philosophical Arguments for the Finitude of the Past.”