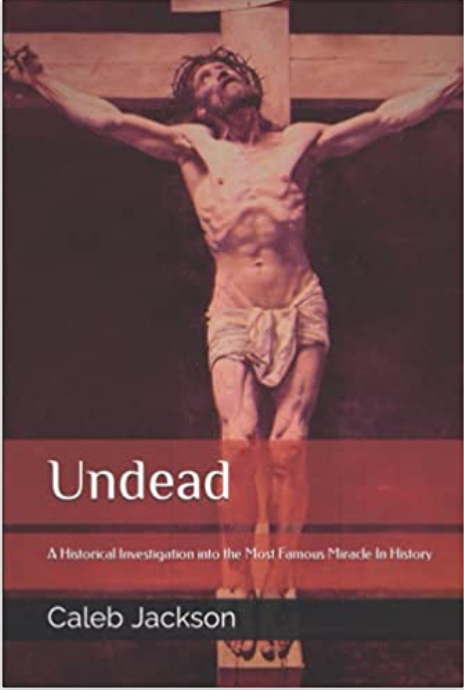 Caleb Jackson’s book “Undead” is a fantastic book on the resurrection of Jesus. Caleb’s case layout is as follows:

1: Establish the historical facts to be explained.
2: Examine what explanation best accounts for those facts.

Those facts to be explained are Jesus’ burial, empty tomb, postmortem apperances, and the origins of The Disciples belief. This books goes into a lot of depth and reads like a scholarly yet accessible treatment on the matter. Although Caleb goes into fewer arguments for the minimal facts (or as he would prefer to call them, the moderate facts) than I do in my own book on the resurrection, he goes into those arguments into much more detail than I do in mine. I even learned some things I didn’t know before right from the very first chapter. So although he doesn’t use as MANY arguments for, say, The Empty Tomb, he certainly exposits those arguments in much more detail than I do. And In my opinion, that Caleb Jackson has done this makes these arguments far more convincing.

What may be surprising to some is that Caleb makes a case for The Church Of The Holy Sepulcher as being the actual site of Jesus’ tomb. He makes a good case for it, in my opinion. Although he doesn’t lean on it as heavily as he does the arguments preceeding this one in the chapter on the empty tomb. Caleb has told me in personal correspondence that he personally finds the Criterion Of Embarrassment argument concerning women being the chief witnesses of the tomb. My response being that it is certainly in my top 5, although I’d put the multiple attestation argument in my own list of strongest to weakest arguments, which Caleb also covers in the book. Caleb is aware of the synoptic problem, yet despite the fact that Matthew and Luke draw on Mark for a lot of their accounts, when it comes to the empty tomb, there are features in Matthew’s account, Luke’s Account, and Mark’s account that are all unique to them, meaning that the empty tomb is independently attested by M, L, Mark, and John (since no one believes John was dependent on the synoptics). Caleb also includes the 1 Cor 15 creed and the early sermon summaries in Acts 2 and 13 as accounts of the empty tomb, making a total of 6 independent sources! I’ll leave it up to you to read Caleb’s book to see why these 6 sources are indeed independent sources.