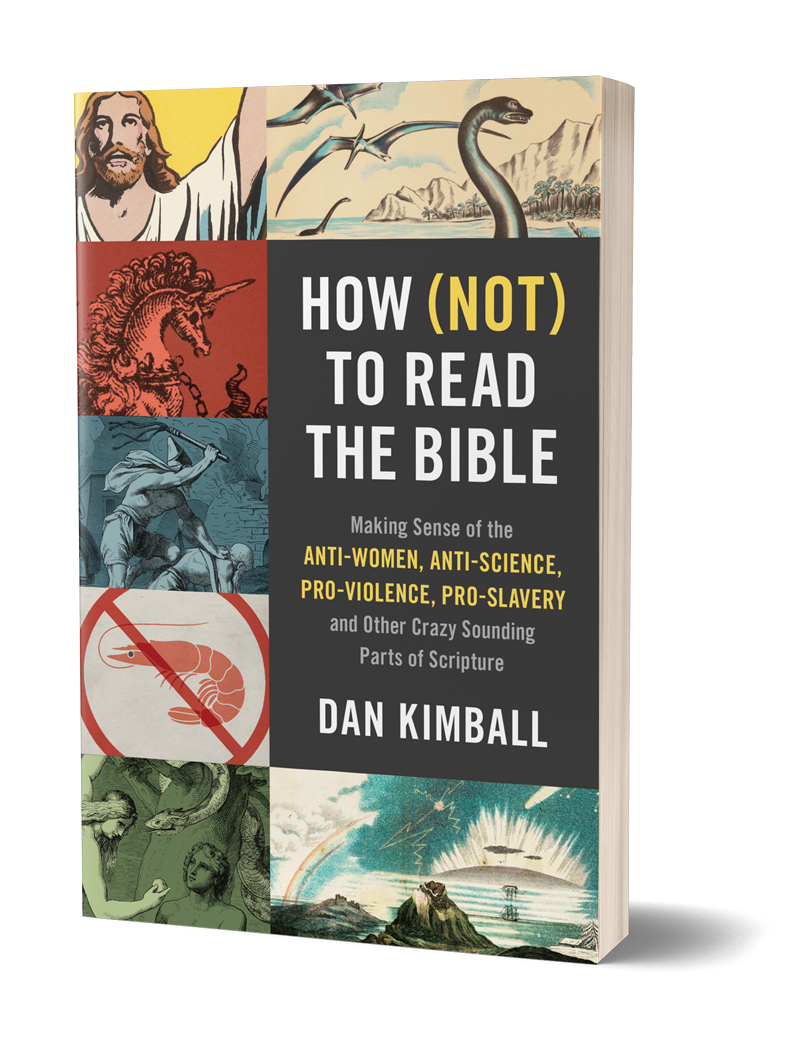 I read “How Not To Read The Bible” by Dan Kimball. It’s very good. It’s basically a big response to the “Evil Bible” crowd. Claims from bible verses attempting to paint God as this evil mysognist pro-slavery being who gives us a bunch of rules and regulations that make no sense is what this book is meant to respond to. I consider it to be both an apologetics book and an Old Testament biblical studies book. Before he even gets into exegeting the parts of the Bible skeptics use to make God seem evil and The Bible primitive nonsense, he basically gives the reader a crash course in hermeneutics. I’m also pleased that he’s read and is influenced by the works of John Walton and Michael Heiser, which ironically is something some reviewers on GoodReads hold against him. This shows he’s actually following actual biblical scholarship and not just pop-apologetic commentaries on The Bible. I also like all the memes that referenced. Some have found this offputting because it seems rather juvenile, but this is (A) a popular level book, and (B) it’s clearly aimed at my generation and Gen Z who grew up in the internet age and spend a lot of time on Facebook and other social media platforms where we’re bound to run into these arguments in meme form. I’m ok with it. The content is good, the arguments are persuasive, and let’s face it, this is where most of us are going to encounter them anyway besides YouTube videos and Dan Barker debates.

Kimball also deals with the creation/evolution controversy very excellently, as I suspected he would given what I what I said about his Waltonion and Heiserian influence above. He doesn’t do what a lot of typical contemporary apologetics books do. He doesn’t try to resort to creation science to disprove an old earth and evolution and then triumphantly say “Look, The Bible was right all along!” Instead, he realizes that The Bible is not intending to teach scientific truths in any of its verses. The questions Genesis was seeking to answer were not the questions we in the scientifically minded 21st century west are asking. Their questions were things like “Why does everything exist?” “Who made everything? Many gods or just one?” “If one God made everything, who was it?” Why do the sun, moon, and stars exist?” “What does our creator(s) want from us?” etc. The author of Genesis didn’t write the creation account as a polemic against Darwin, but as a polemic against pagan creation myths (among other things, as I talk about in my paper “Genesis 1: Functional Origins, Temple Inaguration, and Anti-Pagan Polemics” as well as my other blog posts on Genesis 1).

He talks about ANE Cosmology that can be found in the biblical text, and explains how God accommodated His theological truths within the framework of the commonly accepted, cosmological, biological, and geographical understanding of the day. All of this will be far more helpful to the audience that Kimball is trying to reach than either arguing against established science or trying to do eisegetical day-age apologetics like you often see in your typical apologetics book on the science/faith controversy.

As far as which of the interpretations of Genesis 1 Kimball takes himself, he doesn’t really push one view over the other. Instead, he provides a broad overview of the different interpretations and leaves it up to the reader to look into them in more detail elsewhere. This is what Deborah and Loren Haarsma did in their book “Origins: Christian Perspectives On Creation, Evolution, and Intelligent Design”. Though Kimball doesn’t do it in as much depth as the Haarsmas.

My only complaint in this section is that he treats “The Evolutionary Creation” interpretation as somehow a distinct view of Genesis than The Cosmic Temple Inaguration, Gap, or Day-Age views. Evolutionary Creationism is a scientific and theological view about how God materially brought all life into being (i.e He used evolution). People who affirm this (like myself) may also adhere to The Cosmic Temple Inaguration view (I certainly do), or they may affirm some other view of Genesis 1 like the day-age or gap view. Evolutionary Creationism should be viewed a view on creation, not on Genesis. The former is a result of reflecting on theological and scientific questions. The latter is an exegetical question. You can hold to The Cosmic Temple, Day-Age, Gap, Framework, Proclamation Day, etc. and NOT be an evolutionary creationist. So I think this muddies the waters a little. And I also think he makes this same mistake with “The Appearant Age Theory”. This is not an independent interpretation of Genesis either. It’s a theory many proponents of the Calendar Day Material Origins (i.e YEC) view embrace to explain the overwhelming scientific evidence that the Earth is billions of years old.

Another complaint of mine about the book overall is that the book is a little repetitive. Some things are overly explained.

His section on the complaint about Jesus being the only way to God, what he titled “My God can beat up your God” left a lot to be desired in that first chapter of the topic. His argument was basically that the evidence showed non-monotheistic religions evolved from monotheism rather than the other way around. I agree with this, but that doesn’t really give you epistemic warrant or justification for saying Christianity is true rather than any other religion. Monotheism could have been the first religious system and Christianity still be false. Monotheism being the first way of thinking about God doesn’t entail that Monotheism is true.

This very subject; “Why accept Christianity instead of the thousands of other religions” is what I devote a whole book to in my book “The Case For The One True God: A Scientific, Philosophical, and Historical Case For The God Of Chrisianity”.

My argument is basically that when you examine The Kalam Cosmological, Fine-Tuning, Moral, and Ontological Arguments, they establish the existence of Being that bares certain attributes. When you compare the attributes of the God the aforementioned arguments exist with the God described in The Bible, you find that they match like a hand in glove while no other concept of god can. This provides an inference that the God who is established to exist by these arguments is the same God who inspired the writers of scripture because if the writers of scripture were just making a god up out of thin air, what are the odds that they would describe the Maximally Great Being of The Ontological Argument? It makes more sense to believe that The Maximally Great Being who exists in all possible worlds including the actual world was in communication with these writers .

Of course, I also argue that we’re justified in believing that Christianity is true over other religions on the basis of the evidential case for The Resurrection of Jesus. If Jesus claimed to be God, and then He died and rose from the dead then that is pretty good evidence that He was telling the truth. God would never raise a heretic and a blasphemer (which Jesus would be if He claimed to be God but is not God). That God raised him from the dead means that God put his stamp of approval on everything Jesus taught; from His claim to be God to His claim that He is the only way to Heaven to His teaching that The Old Testament is divinely inspired and authoritative. I go into this in my YouTube series “The Case For The Resurrection Of Jesus” on my YouTube channel; Cerebral Faith Video.

That said, his dealing on what is known as “The Problem Of The Unevangelized” is good.

Overall, it’s a great book. Kimball’s book is great for new, uneducated, illiterate, or doubting Christians. I also find that it’s good for non-Christians who might find some of the strange things in The Bible to be an intellectual stumbling block to embracing Christianity. I definitely recommend this to students to all asking some of these questions. Other works on this subject get really deep into the weeds, and that’s a good thing. There should be books that get deep into the weeds. However, we don’t want to miss the forest for the trees. As Kimball rightly points out, just helping get a grasp on the nature of Scripture can make a tremendous difference. Having grapsed, they can begin to understand the specifics.

BOOK REVIEW: “The Kalam Cosmological Argument, Volume 2: Scientific Evidence For The Beginning Of The Universe”