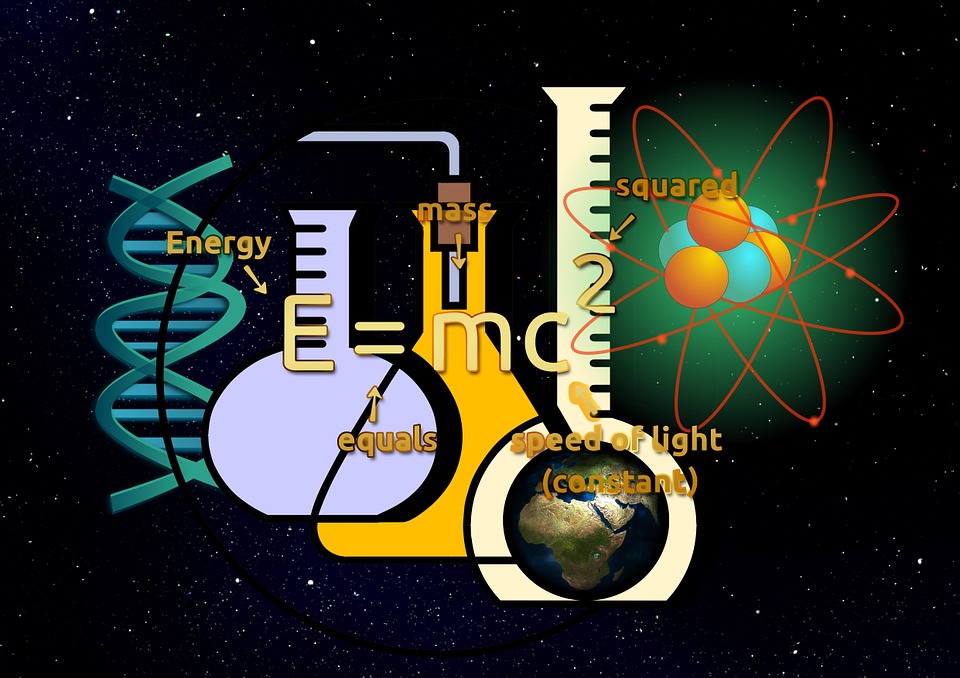 Science and Christianity are often perceived to be at war with one another and unfortunately, this idea is fueled by both atheists and Christians alike. The way it’s framed is that you can either believe The Bible and hold a Christian worldview or believe science and hold an atheistic worldview. Many Christians (myself included) will argue that not only are the facts we know from science compatible with the teachings of scripture, but science actually points toward the existence of God. Science actually gives powerful evidence for the existence of God.

In one sense, I would disagree with this statement. In one sense, science can indeed only tell us things about the natural world we live in. For example, science tells us that the universe began to exist in a hot explosion like event which we call “The Big Bang”, and science tells us this based on the evidence from the expansion of the universe, the cosmic microwave background radiation, and the abundance of light elements in the universe. Science also tells us that the laws of physics are precisely calibrated to an extraordinary precision to allow the existence of life, that if the laws of physics were tweaked in any marginal way, it would be impossible for life forms of any kind to exist anywhere at any time in the universe. Science also tells us the probability of these constants and quantities taking the precise values that they do, and we find that it is unimaginably improbable that they should have done so. Science also tells us that 400 different features had to be just right in order to life to exist in a local region of the universe.

However, just looking at the raw data alone doesn’t say anything about whether or not God exists. All that science tells us is that the universe began to exist a finite time ago and that the laws of physics are finely tuned in such a way as to permit the existence of life. Science doesn’t go any farther than that. In this sense, science cannot prove the existence of God.

Science Can Provide Evidence In A Premise For God’s Existence

Science alone only gives you facts like that the universe had a beginning and the universe is finely tuned, but in order to go farther than merely affirming those facts to affirming the existence of God, you need to call upon philosophy as well.

Science can provide powerful evidence for the truth of a premise in a syllogism arguing for the existence of God. You can certainly take the scientific data mentioned above and combine it with a philosophical argument for God’s existence. Two of my favorite arguments for God’s existence are The Kalam Cosmological Argument and The Fine Tuning Argument.

The Kalam Cosmological Argument goes like this:
1: Whatever begins to exist has a cause.
2: The universe began to exist.
3: Therefore, the universe has a cause.

Once one confirms the truth of the premises, one then does a conceptual analysis for what would constitute a cause of the universe. When one does this conceptual analysis, one finds that the universe must have been brought into being by a non-spacial, non-temporal, incorporeal, powerful, uncaused, supernatural, personal being, which sounds a lot like God to me! Now, it is beyond the scope of this blog post to defend the Kalam Cosmological Argument’s two premises including why the universe’s cause must have these properties. I redirect the reader to my blog post “The Kalam Cosmological Argument” for a fuller treatment, and to my book Inference To The One True God: Why I Believe In Jesus Instead Of Other Gods for an even more in depth look at the argument.

My point here is that science demonstrates the truth of that second premise “The universe began to exist”. And so, in this sense, science indirectly establishes the existence of God. It indirectly establishes the existence of God because The Big Bang Theory establishes the second premise of The Kalam Cosmological Argument for God’s existence. Not only that, but as I point out in the blog post I linked to above and in chapter 1 of my book, the second law of thermodynamics gives us reason to believe the second premise is true as well. The second law predicts that the universe will one day run out of usable energy and life will no longer be possible. But if that will eventually happen someday, it would have already happened if the universe were infinitely old. Since we still have usable energy left, that strongly implies that the universe hasn’t always been here.

Unlike the Kalam though, the Fine Tuning Argument already takes an established scientific fact and argues for which of the possible explanations is the best one to account for the data. Again, it is beyond the scope of this blog post to give a full defense of this argument. Once again, I redirect the reader to my article “The Fine Tuning Argument For God’s Existence (Updated Version)” for a treatment of this argument. I also dive into it in depth in chapter 2 of my book Inference To The One True God: Why I Believe In Jesus Instead Of Other Gods.

Check out chapter 3 of my book for a thorough treatment of the above argument.

Science in all these cases, science can provide evidence for the truth in a premise for the existence of God. But in the ab sense of philosophy, in the absence of logic and reason, all you would know is that the universe began to exist, that the universe is finely tuned, and that many features of a local region need to be precisely adjusted for life to exist. You need both science as well as philosophy to make a case for God.

Science Cannot Prove God In The Sense Of A Mathematical Proof

A lot of people take “proof” as a synonym for “evidence”, but others rightly see it “proof” as evidence which establishes something beyond all possible doubt. Science cannot do this for God. The Arguments mentioned above can establish the existence of God beyond a reasonable doubt, but not beyond all possible doubt. This shouldn’t cause us to fret though, as very few things can proven to such an extent that no possibility for doubt remains. The majority of our beliefs are based on probability. Several philosophers have noted that you can’t prove beyond any possible doubt that you aren’t a brain in a vat of chemicals with electrodes hooked up to you, being stimulated by a scientist to believe that the external world around you is real. How do you know a scientist, through electrodes stimulating your brain, aren’t giving you false information through your 5 senses? And yet, no rational person even gives a second thought to such a notion. The evidence is overwhelmingly more probable that your 5 senses are telling you the truth about the external world. In the absence of any reason to distrust your 5 senses, you’re quite justified and even warranted to believe that you are not a brain in a vat.

Other philosophers have noted that you technically can’t prove that the world wasn’t created just 20 seconds ago with all of the memories of past events planted in everyone’s’ minds, with food in our stomachs, and the universe with an appearance of a past history. We can’t prove that beyond all possible doubt, but would you believe that the universe is only around 20 seconds old just because there’s a tiny, tiny, microscopic sized possibility that you’re wrong? I wouldn’t.

Likewise, I would say The Kalam Cosmological Argument, The Fine Tuning Argument, and The Local Fine Tuning Argument, in addition to many other NON-scientific arguments (e.g The Ontological Argument, The Resurrection Of Jesus) all make it overwhelmingly more probable than not that God exists. In the absence of any reason to think that these and other arguments for the truth of the Christian worldview are invalid, we are within our rational rights in affirming their conclusions.

An E-Mail Correspondence With A Skeptic – Part 2

Should We Take The Bible Literally?