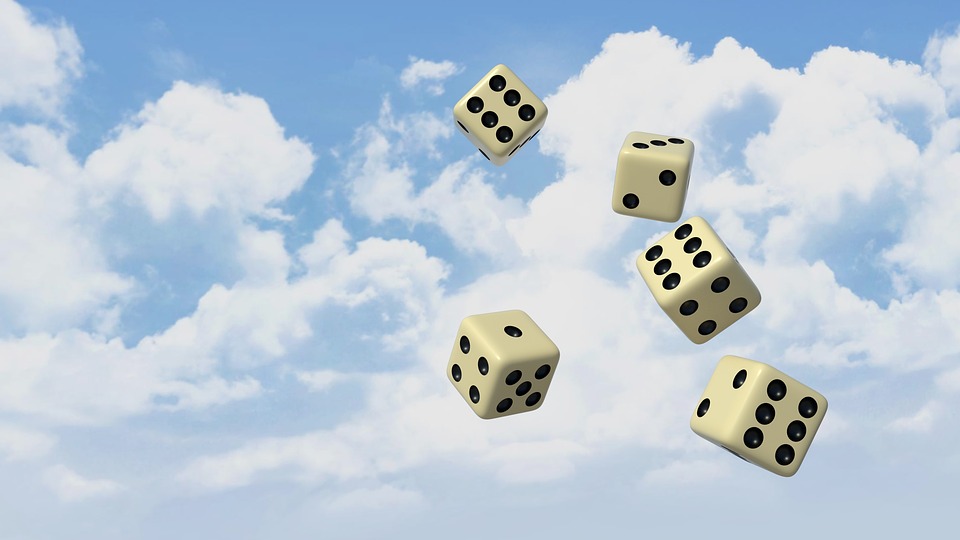 If this warning is irrelevant, please disable the syntax validation feature in the dashboard under General settings > Footnote start and end short codes > Check for balanced shortcodes.

“1 chance in a 4 followed by 360^110,000 zeroes after it)!!! But he also argues that the scientific evidence powerfully indicates that evolution did in fact occur. From these two premises, his conclusion is that a God endowed with middle knowledge exists. Ironically, not only could God have used e…”

The theory of Darwinian evolution is seen by many, both believer and non-believer alike, to be incompatible with Christianity. I myself used to believe this, though as a result of the last several months of investigating Evolutionary Creationist material (i.e BioLogos blog posts and books) in addition to my own private reflection on the subject, I’ve come to the conclusion that evolution and Christianity are completely compatible.

One of the theological objections I used to have was that evolution is a random process, and if it’s a random process, how could God possibly be behind it? If God is behind it, it’s no longer a random process it it? Wouldn’t it be a guided, NON-random process? Special Creationists like Lee Strobel and Stephen Meyer make this same point. For example, in the one hour movie The Case For A Creator (based on the book of the same name), Lee Strobel said “There’s no way you can harmonize Neo-Darwinism with Christianity. I could never understand Christians who would say ‘Well, I believe in God and yet I believe in evolution as well’. You see, Darwin’s ideas about the development of life lead to his theory which modern science now generally defines as a process completely devoid of any purpose or plan. Now, how can God direct an undirected process? How can God have purpose in a system that has no plan and no purpose? It just does not make sense. It didn’t make sense to me in 1966 and it doesn’t make sense to me now.”

Is this really a good objection to Evolutionary Creationism? I no longer think so.

What Do Scientists Mean By “Random Mutations”?

One of the reasons so many people think that evolution is inherently a purposeless process is because of a confusion of terminology. If there’s one thing I’ve learned from my years as a Christian Apologist, it’s that you have to make sure you and the person you disagree with are using the same word in the same way. When scientists use the term “random” regarding mutations in biology, they are not using the term as a synonym for “chance” or “purposeless”. Rather, when biologists use the term “random mutations” they mean that the mutations are not predicable.

Deborah and Loren Haarsma point this out in their book Origins: Christian Perspectives On Creation, Evolution, and Intelligent Design. They write:

“When scientists say that something is random, they mean that the outcome is unpredictable. Consider the roll of a pair of dice. Scientists can calculate the probability that the roll will yield a five or an eleven, but they can’t predict what any particular roll will turn out to be. It’s not that some mysterious force is at work making the dice roll differently each time. Rather, each time the dice are rolled they follow exactly the same well-understood natural laws of gravity and motion. The dice land differently each time because of how they bounce and spin. If the dice are tossed even slightly differently from one time to the next, that slight difference is magnified by each bounce, and after several bounces the final outcome is completely changed. The system is scientifically random because the outcome is unpredictable.”


Given this definition of randomness, there’s no contradiction is saying that God guided evolutionary history to produce the kinds of creatures He wanted to create. God can do many things that are impossible for human beings to predict. The disciples of Jesus did not predict that Jesus would rise from the dead. The resurrection came as a complete shock to them! That’s why they were hiding in fear of the Jews (John 20:19), and why they dismissed Mary Magdalene’s words as “idol nonsense” when she told them that she had seen the risen Jesus (Luke 24:11). You yourself can probably think of many other things God has done, both in your own life and in scripture that were “random” in the sense of being unpredictable.

When Strobel and others argue against the concept of theistic evolution by asserting that God cannot direct a random process because such a concept is inherently contradictory, they are committing the fallacy of equivocation.

Atheists Smuggle In Their Worldview Assumptions

Atheists who try to prove that God does not exist will often use evolution to prove their point, but they’re making metaphysical assumptions about the scientific evidence that cannot in fact be drawn from the scientific evidence itself. They are making philosophical interpretations of the scientific data. Now, IF atheism were true, then of course the evolutionary process would be purposeless and undirected. After all, if atheism is true, then there is no God to guide the evolutionary processes, and if there is no God to guide the evolutionary processes, then whatever happens in the biological history of the universe is a blind, purposeless, accident of chance and necessity. But that’s a conclusion about evolution one can only come to after one concludes that atheism is true! You can only conclude that evolutionary history had no purpose if you presuppose atheism. In that case, it’s circular reasoning to argue to atheism from the theory of Darwinian Evolution.

Atheist apologists like Richard Dawkins presuppose atheism in interpreting the scientific data, then say that the scientific data confirms atheism. Too many Christians have allowed the atheists to get away with this fallacious reasoning and have opposed Darwinian Evolution on account it of.

Biblical Passages Say That God Has Control Over “Random” Events

The Bible has several passages which either explicitly state or imply that God has sovereign control over “random” events. Proverbs 16:33 says “The lot is cast into the lap, but its every decision is from the LORD.” (NIV). Lots were pretty much the ancient equivalent of dice. This verse says that when you throw dice or cast lots, every result that the dice/lots come up with are from God. Yet, the result of dice throwing is totally unpredictable from a human perspective. Dice throwing is a “random” process.

In the first chapter of Acts, we read that the apostles were trying to figure out who would replace Judas Iscariot. They decided to cast lots to decide. Now, choosing a replacement disciple isn’t something to take likely. We wouldn’t expect them to leave that decision up to chance. But in fact, they did not leave it up to chance. They cast lots, trusting in God to make them land on the result that God wanted them to land on. The lot landed on Matthias, and Matthias was added to the eleven apostles (see Acts 1:12-26).

God can control what seems like chance or purposeless events from our human perspective.

How Would God Control Evolutionary History?

I believe this is how God orchestrated the crucifixion of Jesus. God knew that if Caiaphas was high priest in the first century, then he would freely condemn Jesus on grounds of blasphemy and take Him to Pilate for execution. He knew that if Pilate was prefect in the first century, then he would freely comply with the demands of the crowd. And He knew that if Judas was born in the time and place that he actually was, then he would become Jesus’ disciple for a while and would freely choose to betray Jesus to the Sanhedrin. On Molinism, God providentially brought about the crucifixion by acting on His knowledge of how people would freely act if placed in these positions. Now, if these people would have chosen differently, God would have known that and could have placed different individuals in their shoes instead.

If God can control and orchestrate human history through the use of His middle knowledge, then He could direct evolutionary history in exactly the same way. God would know “If this species of animal were in this part of the world with these conditions in place, then this genetic mutation would occur, and natural selection would preserve it”. Or God would know “If X happens, then this population would move to this part of the region where this genetic mutation would occur.” And in order for God to get those genetic mutations to occur, He could use His middle knowledge to actualize a possible world where those animals are in just those circumstances so that the mutations do occur, and natural selection does preserve those changes.

This view would differ from progressive creationism in that God would not be frequently intervening in a miraculous way to bring about the mutations. On this view, nature would be doing all the work, but God would be directing the process through His knowledge of what nature would do under any given circumstance. This would avoid the atheistic criticism of evolutionary creationism as entailing that “Supernatural selection rather than natural selection” preserves the mutational changes in organisms.

Moreover, the theologian Kirk MacGregor, in his paper “The Impossibility Of Evolution Apart From A God With Middle Knowledge”, makes the case that not only could God have used His middle knowledge to guide evolution, but if evolution occurred at all, it required God to do so! MacGregor argues that evolution is so statistically impossible that it could not have occurred if a God endowed with middle knowledge did not orchestrate the process. The odds that evolutionary processes could have produced intelligent creatures like homosapiens and other advanced life is 1 chance in 4^360^110,000 ((1 chance in a 4 followed by 360^110,000 zeroes after it)!!! But he also argues that the scientific evidence powerfully indicates that evolution did in fact occur. From these two premises, his conclusion is that a God endowed with middle knowledge exists.

Ironically, not only could God have used evolutionary processes, if Darwinian macro evolution is true, that is powerful evidence that God did use evolutionary processes. I read MacGregor’s paper and I was absolutely amazed! Once I finished reading it, I thought of the words of Charles Kingsley, an Anglican Priest, and a friend of Darwin: “We knew of old that God was so wise that He could make all things; but behold, God is so much wiser than that, that He can make all things make themselves.”


Evolution is not “an inherently unguided process”. When scientists use the term “random mutations” they merely mean that the mutations cannot be predicted. They don’t know when and where they’re going to occur. Moreover, the Bible teaches in different places that God can bring about events that seem like a result of chance from our human perspective (Proverbs 16:33, Acts 1:12-26).

Nothing about Darwin’s theory precludes the possibility of a God endowed with middle knowledge using that knowledge to guide evolutionary history in the same sort of non-deterministic way in which he guides human history. To assert that evolution, if it happened, happened without a purpose, is to make a metaphysical assumption rather than a scientific statement. In order to prove that evolution had no purpose, one would have to prove atheism, otherwise one is just attaching a metaphysical assumption that is not inherent to the theory itself.