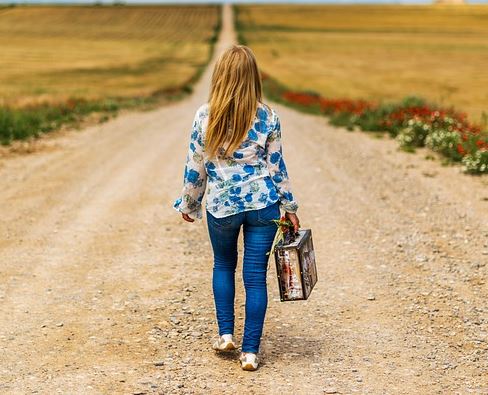 In chapter 8 of my book Inference To The One True God, in my blog post “The Minimal Facts Case For Jesus’ Resurrection PART 1” and in my blog post “A Quick Case For Jesus’ Resurrection”, I make the case that we know many people had experiences of the risen Jesus appearing to them because the creed cited in 1 Corinthians 15 dates back so early, well within the lifetimes of the eyewitnesses (i.e it dates to 5 years after Jesus’ death), that anyone curious about whether or not Paul was telling the truth could have traveled over to Jerusalem and interviewed the people mentioned in the creed to see if they really did believe Jesus appeared to them. If Paul were lying about these people and they really hadn’t seen Jesus, the cat would have been out of the bag and the resurrection would have been exposed as a falsehood. Given how fragile a faux resurrection would be in this case, the best explanation is that the twelve disciples, James, and 500 people actually did have postmortem Jesus experiences.

On two different occasions, people have read my argument for the historicity of the postmortem appearances and have responded with the following rebuttal: “Paul is writing his letters to churches far removed in distance from where the events are said to have occurred. It would be highly unlikely anyone from his church in Corinth would travel to Israel and seek out these apparent witnesses.” The argument is that Jerusalem and Corinth were so far that it would have been very difficult for Paul’s readers to trek all the way over to Jerusalem in order to interview the people Paul was talking about. It was too inconvenient for them, so most probably never did it and never would have done it. So the they-could-have-checked-it-out argument fails. Is this true? Was Paul’s resurrection eyewitness list really protected from falsification due to large travel distance?

I don’t think this is a successful argument. There are 3 reasons why the resurrection claims could have been checked out.

1: The Corinthians Had An Invested Interest In Knowing If It Was True


The reason why Paul was even mentioning the list of resurrection appearances in 1 Corinthians 15 is because we see in the context of the passage that there were people denying that Christ had risen from the dead, implicitly at least, because they were denying the bodily resurrection in general. They were denying that anyone would rise from the dead. Paul said if the dead are not raised then Christ isn’t raised either if Christ isn’t raised, our faith is useless and our sins remain unatoned for (1 Corinthians 15:12-14), but fortunately, Christ has been raised (verse 20). Paul argued for this by listing the various postmortem appearances of Christ in verses 3-8 via the creed he had received earlier. Now, given that the Corinthians were skeptical of the resurrection, wouldn’t they have an invested interest in knowing whether Paul was telling the truth? Of course! And given that they had an invested interest, if they didn’t take Paul at his word, wouldn’t they have traveled to Jerusalem to talk to the people mentioned in the creed even if it was a rather long journey? While it might have indeed taken them a while to get there, it wasn’t impossible for them to arrive in Jerusalem. It’s not like they were traveling to New York or anything. It was certainly feasible for them to go to Jerusalem to interview the witnesses in the creed even if it wasn’t a hop, skip, and a jump from their church.

And given that this was a topic of immense interest to them, it would be difficult to argue that they wouldn’t have. Besides, we know that Paul traveled to Jerusalem to Corinth. Why wouldn’t the Corinthians travel from Corinth to Jerusalem?

2: The Resurrection Occurred During Festival Time

Moreover, the resurrection was during a festival time. The witnesses would have been from all over the place, seen the appearances, and gone back home. It’s very likely some of the 500 that Jesus appeared to were from the city of Corinth. It very well could have been the case that there were some Jewish eyewitnesses to the resurrection of Christ living in the very midst of Paul’s readers. In that case, the Corinthian resurrection doubters wouldn’t have had to travel very far at all. There were likely witnesses in their own back yard.

It was certainly the case that those reading Corinthians included Jews who may have traveled to Jerusalem for Passover. This would provide an opportunity to verify Paul’s assertion.


It is also the case that even if no one physically visited the twelve disciples and James, that they could have gotten verification via correspondence, i.e snail mail. The Corinthian resurrection doubters could have written letters to the disciples asking them “Hey yo, Pete mah BOIII! It’s ya boi Zechariah from Corinth. My homie Paul sent me a letter saying Jesus appeared to you after He died. This true, bro?” (first-century folks totally talked like this). And Peter, John, or whichever of the eyewitnesses received the letter, could have sent a reply saying either “He is risen! He is risen indeed!” or “What? Who told you this? I haven’t seen Jesus sent they crucified him.”


Given these 3 reasons, I think it is still the case that having the 1 Corinthians 15 creed dating within the lives of all the eyewitnesses provides good grounds for concluding that these postmortem sightings occurred. If they didn’t, the eyewitnesses could have talked to these people themselves, by either journeying over to Jerusalem despite it being a long journey, because they had a highly invested interest in knowing whether they occurred. Or they could have had postmortem witnesses in their own midst that they could have talked to, or they could have at least gotten verification or falsification via correspondence. Any of these scenarios would have either falsified the resurrection if it didn’t occur or vindicate it if it did occur.

Do The Resurrection Accounts Contain Contradictions?