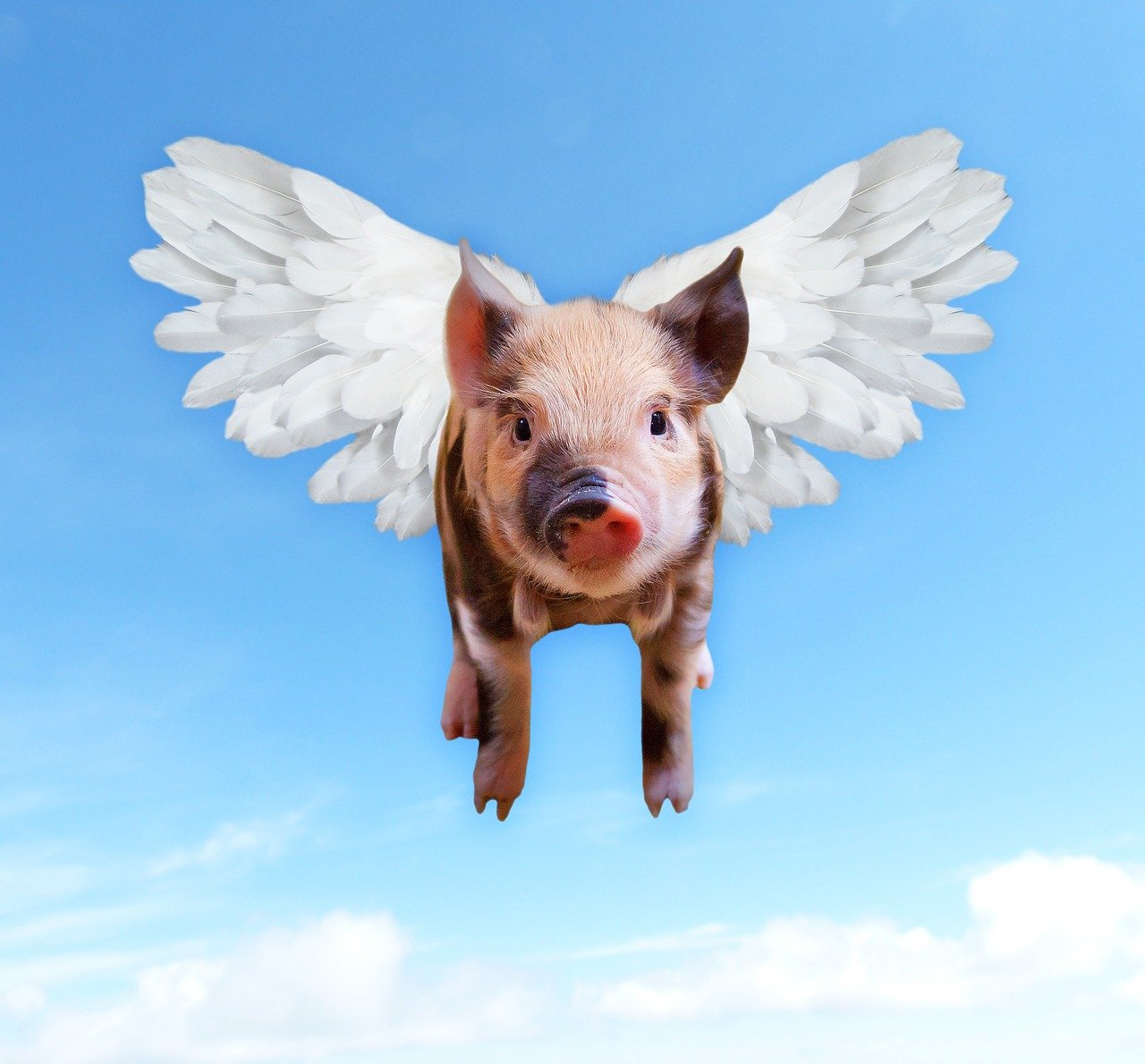 Hello Evan!
I wanted to ask your help on something. I got on a debate with a relative about the case of the resurrection. She keeps on responding to me that “claims are not evidence” like that atheist on YT (I don’t recall his name sadly). She keeps insisting that if we believe the claims made in the Bible, why shouldn’t we believe claims of aliens or the flying spaghetti monster or some other fictional monster? She thinks that if we believe Jesus resurrected, we ought to believe/become obligated to believe other supernatural beings or other creatures considered fictional.

“If you believe a man raised from the dead, you might as well believe in flying pigs.” These were her words. While I don’t think she successfully refuted the case for the resurrection, part of what she said nagged at me. Is she right in saying that it is problematic to believe in the resurrection because we are opening the doors to other problematic things like accepting the existence of fictional creatures as seen by the world today?

Does believing in God really open the doors to believing such creatures exist, impossible they may seem? “If you believe in dead men rising, you might as well believe these things, right? I mean, what’s stopping you?” as my relative worded it. Does she have a point?

Your relatives objections are ridiculous. It shows a severe ignorance of what New Testament scholars and philosophers of religion have offered in defense of the historicity of Jesus’ resurrection, and the existence of God.

It’s really just an appeal to ridicule. The reason I don’t believe in aliens, flying pigs, or a Flying Spaghetti Monster is that I have no evidence for the existence of these entities. By contrast, I do have good evidence for the existence of God; The Kalam Cosmological Argument, The Cosmic Fine-Tuning Argument, The Local Fine-Tuning Argument, The Moral Argument, and The Ontological Argument, to name a few. I’ve written many blog posts on this website about these arguments, as well as some videos, and I treat them in depth in my book The Case For The One True God: A Scientific, Philosophical, and Historical Case For The God Of Christianity.

God is the best explanation for the origin and fine-tuning of the universe. He’s the only plausible ground for objective moral values and duties (no atheist moral realist has yet to convince me that their naturalistic alternatives can do the trick), and The Ontological Argument proves through modal logic that if a necessary, omnipotent, omniscient, omnipresent, morally perfect being (i.e A Maximally Great Being) is metaphysically possible, then he exists in some possible world, and ergo all possible worlds, and ergo in the actual world.

I believe that God exists because I’ve got good arguments for the existence of God. The syllogisms are valid, the premises are true, and I’ve got good evidence for each of the premises. The interested reader is recommended to check out the videos and blog articles linked to above to learn about these arguments.

By contrast, there is no good evidence for aliens, flying pigs, and a Flying Spaghetti Monster. To compare God to these is to compare apples to oranges.

The case for the resurrection of Jesus is laid out in this blog post series as well as in my book My Redeemer Lives: Evidence For The Resurrection Of Jesus.

Using the criteria of authenticity on the New Testament documents, treating them just as one would any normal set of ancient documents – just examining them like they were nothing special and applying historical methodology to the gospels and epistles, while also considering extra biblical sources like Josephus and Tacitus, scholars have concluded that several facts are true;

3: The disciples of Jesus both claimed and believed to have seen Jesus alive after His crucifixion.

4: A church persecutor named Saul of Tarsus converted to Christianity on the basis of what he perceived to be an appearance of the risen Jesus.

5: Jesus’ brother James was a skeptic but converted to Christianity after what he perceived to be an appearance of the risen Jesus.

As I document in my book My Redeemer Lives: Evidence For The Resurrection Of Jesus, Each of these 5 facts is amply supported by a plethora of historical arguments. This is why the vast majority of scholars, even skeptical non-Christian scholars like Bart Ehrman and Gerd Ludemann accept them as true.

The question is; what best explains these 5 facts? Skeptical scholars have offered a variety of naturalistic theories, but as I explain in the book (and in the blog series), they’re all plagued with issues that make them untenable. We can abductively reason to the resurrection as the best explanation of these 5 facts. We’re therefore justified in believing the resurrection happened.

Is there any evidence that is equally strong for a Flying Spaghetti Monster or flying pigs or aliens? If not, then unlike the resurrection, we’re not justified in believing them.

But what about other spiritual entities? Other gods, for example? Well, this isn’t an issue on the biblical worldview. As I explain in my paper “Genesis 10-11: The Tower Of Babel, The Fall Of The gods, And The Divine Council Worldview”, The Bible teaches that the gods of Israel’s neighbors are real spiritual entities. They were members of God’s heavenly host, but rebelled against Him, so God alloted these beings over the nations when He scattered them abroad at the Tower Of Babel event. Not only do we have the fallen sons of God, but we have the spirits of the dead Nephilim (demons), see “Genesis 6: The Nephilim – Descendents Of Cain, Neanderthals, Ancient Kings, or Angel-Human Hybrids?” On the Christian worldview, the unseen realm is vastly populated. It doesn’t just consist of The Trinity. There is therefore no problem in accepting the existence of other spiritual entities who may pose as gods, goblins, or what have you.

What about other miracle claims? Again, believing in the resurrection of Jesus doesn’t necessarily open the flood gates. For one thing, other miracle claims are poorly attested. Each miracle claim needs to be examined on a case by case basis. For another, in light of what I just said above, we would expect supernatural events to be occurring outside of biblical history.

I would have no issue believing real spiritual beings appeared to Mohammad and Joseph Smith. They spawned heretical religions before the day of Abraham, why not after Christ?  Especially since “Satan disguises himself as an angel of light.” (2 Corinthians 11:4)

Huhu, my advice to you would be to get your relative to actually engage with the arguments for theism and the case for the resurrection. Don’t get distracted by the kind of “Hyuck hyuck! Jesus is just Santa Claus for adults!” type of arguments. This is just infantile Reddit atheist stuff. If she continues to mock Christianity without actually engaging in the arguments, then that should be a sign to you that she’s not actually serious about examining the case for Christianity.

If she is serious, I would invite her to avail herself of the material on this website. Maybe you can sit down and watch my videos together and have a conversation about it afterward.

An E-Mail Correspondence With A Skeptic – Part 2

Q&A: What Are Good Resources For Studying The Case For Jesus’ Resurrection?