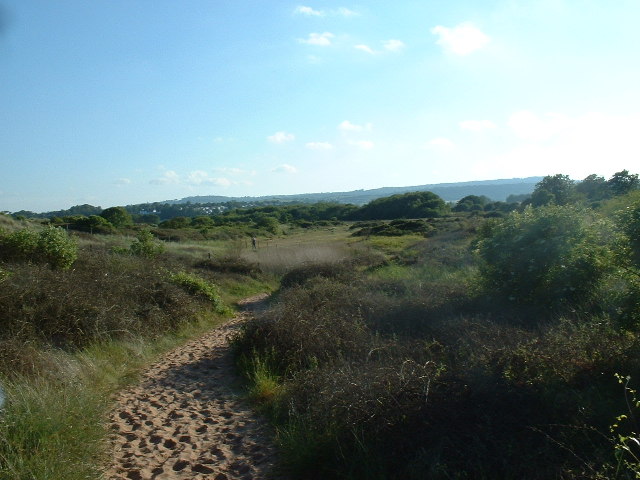 Dawlish Warren nature reserve by GaryReggae is licensed under CC-BY-SA 2.0

Presuppositionalists will sometimes tell the evidentialist that they’re wrong for giving evidence for God’s existence to the unbeliever because the unbeliever already knows God exists. They cite Romans 1 as their proof text. What does this passage say?

“The wrath of God is being revealed from heaven against all the godlessness and wickedness of people, who suppress the truth by their wickedness, since what may be known about God is plain to them, because God has made it plain to them. For since the creation of the world God’s invisible qualities—his eternal power and divine nature—have been clearly seen, being understood from what has been made, so that people are without excuse.” – Romans 1:18-20

I don’t think Romans 1 is saying that every man knows God exists at all, just that man doesn’t have any excuse for not knowing. Verse 18 says
that man has to talk himself out of believing that God exists (i.e “Supress the truth”). Why? Because the evidence of His existence is
clear from everything that has been made (Romans 1:20). It’s very hard for the unbeliever to convince themselves there is no God when creation
screams that there’s a Creator. Especially now…when the scientific evidence points to a universe with an absolute beginning out of nothing
(The Big Bang theory) and that subsequent to that beginning, natures laws (e.g gravity, the strong and weak nuclear forces, dark energy, etc.) fell into a range which permitted life to exist, and the odds of those laws being so fined tuned is on the order of 1 in 10^300^300 (one in 10 to the power of 300 to the power of 300). A beginning requires a Beginner. Fine Tuning requires a Fine Tuner.You actually have to work at not believing in God. Not only can we infer a Creator from the creation, but we have to work at avoiding that
inference. Every natural theology argument you give to an atheist makes it that much harder for him to suppress the truth. As I explained in the blog post “What’s Up With All The Angry Atheists”, I think that’s why many atheists get so angry and hostile in their conversations with
Christians. We’re making them doubt their doubts. They don’t get that upset when debating the existence of Big Foot or aliens, because Big Foot isn’t pressing his presence upon their souls moment by moment, threatening their very way of life should they succumb to the nagging feeling that they might be wrong. I think verse 19 is hyperbole. It would be like if I were in a public debate and I said to the audience “You know I’m right. It’s just so obvious that my opponent is wrong! You know the truth!” You see, Paul’s emphasis in this passage is on the obviousness of God’s existence. That’s the point he’s trying to get across. Paul is trying to emphasize as strongly as he can how clear God’s existence is based on the inference of everything He created. That’s what verse 20 says. Verse 18 says that’s why they “Suppress the truth” (i.e talk themselves out of it). If they didn’t do that, they’d inevitably come to the conclusion that God exists, according to Paul. Given the surrounding context, it’s really not surprising that Paul should say something like “They know the truth about God, because God has made it plain to them”.

I don’t think this means everyone has knowledge of God, but even if it did in fact teach that, would that relieve us of the duty to provide evidence to the non-believer? Hardly. 1 Peter 3:15 tells us plainly “Always be ready to give a defense to anyone who asks for the reason for the hope that you have, yet do this with gentleness and respect”. We are to provide reasons to the non-believer why we think, and why they should think likewise, that Christianity is true. Moreover, 2 Corinthians 4:4 teaches that Satan (and by simple inference, other demons) have blinded the minds of unbelievers so that they cannot perceive truth about God. An apologetic argument (through the grace provided by The Holy Spirit) can help lift those blindfolds and help them see what they should have seen all along.

Here’s some food for thought: when John’s the Baptist disciples came to Jesus, what did he do? Did he tell them they already knew he was God? No he gave the evidence of fulfilled prophecy.

Does The Bible Need Defending?