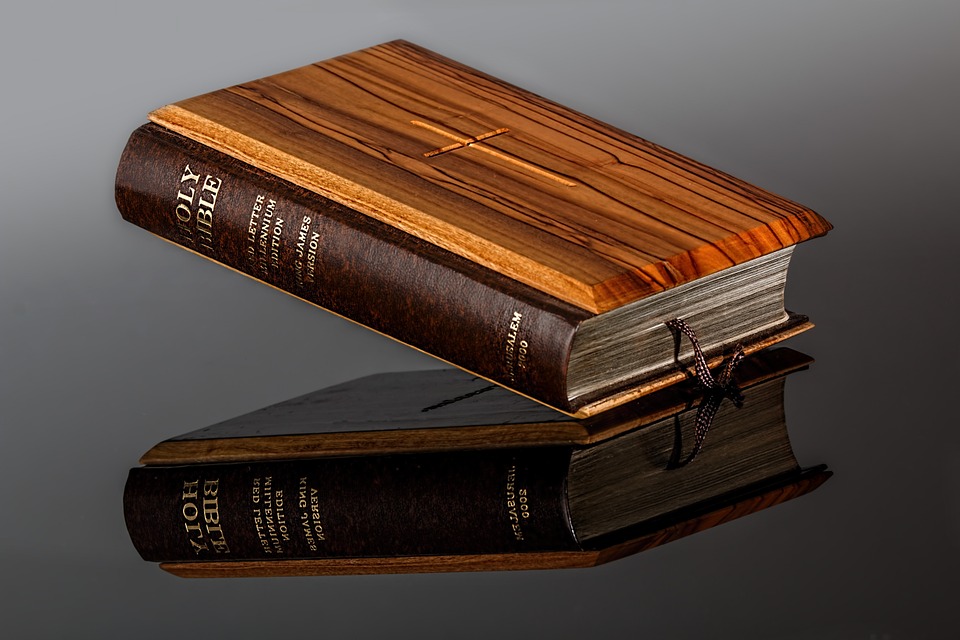 Reading A Text Literally Unless There Are Indications Otherwise.

We take God’s Word prima facie just as we take a lot of things in our every day life as prima facie unless given good reasons to believe otherwise. This is just common sense. Even the symbols and allegories in The Bible find their basis in the literal meaning of scripture. As my Hermenuetics teacher told me; there’s always a literal truth behind every metaphor.

The rule of thumb is to take scripture at its face value meaning unless the rules of hermenuetics we’ve already looked at in this series suggest otherwise. For example, when Jesus speaks of having fed “the five thousand” in Mark 8:19, this principle would bring us to interpret that as Jesus literally feeding 5,000 people with two fish and two loaves miraculously. Any attempt to spiritualise or allegorise this passage would be illegitimate. There are no indicators that Mark didn’t mean anything other than that Jesus literally fed 5,000 people.

Genesis 1 and “The Plain Meaning Of The Text”

Some of my YEC (young earth creationist) readers at this point may accuse me of being inconsistent as they know I’m an Old Earth Creationist and have been leaning towards Evolutionary Creationism for the last 6 months. Isn’t the idea that Genesis 1 is 6 24 hour days the face value reading of the text? To that, I say, yes it is. However, we have good indicators that the face value meaning is wrong. For example, if John Walton’s arguments are right, then the calendar day interpretation of Genesis 1 would be incorrect even though the calendar day interpretation is the prima facie meaning of the text. If Walton is right, then we should interpret Genesis not as an account of natural history which took place within 144 hours, and tells of God bringing things into existence, but merely a poetic account of God ascribing function to everything He created. This would be based on The Cultural Context principle that I talked about in part 3 of this series. See John Walton’s “The Lost World Of Genesis 1” to hear his whole argument for his view.

Of course, we also have Hugh Ross’ “Day Age” interpretation that I used to hold to. I think that if Genesis 1 is meant to be a chronological account of natural history, the days cannot be 24 hours long, because the events of days 3 and days 6 prohibit it. It takes longer than 24 hours for “The Earth” to sprout trees, and on day 6, God created all of the animals and Adam, and then Adam had to name all of the animals, tend a garden, be put to sleep to have “surgery”, and then wake up and meet his wife. Phew! What a day! Moreover, there’s no “evening and morning” to close the 7th day like there are for the other 6, indicating that we’re still in the 7th day. This is especially indicated by what Hebrews 4 says. So even if the YECs are right that this is supposed to be a journalistic account of natural history (contra John Walton), the 7 24 hour day interpretation is still untenable. I go into this in more depth in my blog post “Several Reasons To Think That The Days Are Long Time Periods”

As you can see above, on The Framework Hypothesis, the first 3 sets of days correspond to the last 3 days of creation. On days 1, 2, and 3, God is forming the realms that His creatures will dwell in. On days 4, 5, and 6, God fills the realms that He created with creatures. On Day 1, God creates the heavens and the earth (i.e the entire physical universe). On Day 4, God creates the sun, moon, and stars, the bodies that fill the physical universe. On Day 2, God creates the ocean and the sky, and separates them. On Day 5, God creates sea creatures to fill the oceans and He creates birds to fill the sky. On Day 3, God creates the land and the sea. On Day 6, God creates all land dwelling animals and human beings, which live on the land and in forests. So Days 1 and 4, 2 and 5, and 3 and 6, all correspond to one another. Is that just a coincidence? It could be, but it doesn’t seem plausible.

This isn’t entirely foreign to scripture. Most New Testament scholars — both conservative and liberal —  will admit that the events of Jesus’ ministry in the gospels are not arranged in chronological order, but according to theme. The only exception is Luke, because he says outright that his intention was to tell the events in chronological order (see Luke 1:3). I asked myself a while back “If God arranged the events of Jesus’ ministry in the gospels thematically instead of chronologically, couldn’t He have also done that with the events in Genesis 1?” I think the answer to this question is yes.

Moreover, we see a repetitive theme of the words “Then God said…[blank blank blank] and it was. God saw that [blank] was good. And there was evening and there was morning, the [number] day.” This is repeated over and over. It’s very rhythmic. It reminds me of childrens’ songs like “Old McDonald” where you have “Old Mcdonald had a farm, E, I, E, I, O, and on that farm he had a [blank] with a [animal noise] here and an [animal nose] there…” In the case of Genesis and Old McDonald, you have a repetitive set of words with the only difference being what’s inside of the blanks. You don’t find this anywhere else in The Bible. This suggests that Genesis 1 was more of a poem about creation rather than a simple telling-what-happened. This isn’t to deny that Genesis 1 isn’t talking about historical events, just that it may not be supposed to read like a news article.

So, in the case of Genesis 1, I think we do have good reasons for rejecting the face value meaning. There are many indicators in the text that if this is a chronological, journalistic account of natural history, days 3, 6, and 7 had to be long time periods rather than 24 hour days. This would imply that days 1, 2, 4, and 5 are also long time periods. Moreover, there are clues that the author intended to tell us about God’s creative activity according to theme rather than according to chronology, suggesting that the Framework View (which St. Augustine held to) is probably correct. In the absence of these indicators that the calendar day interpretation is wrong, we would be unjustified in concluding anything but the calendar day interpretation.

There are a dozen interpretations of Genesis 1. Out of all of them, I find the calendar day view the least bit plausible, and the Functional Creation, Day-Age, and Framework views the most plausible. And of these, I currently lean heavily towards the third one.