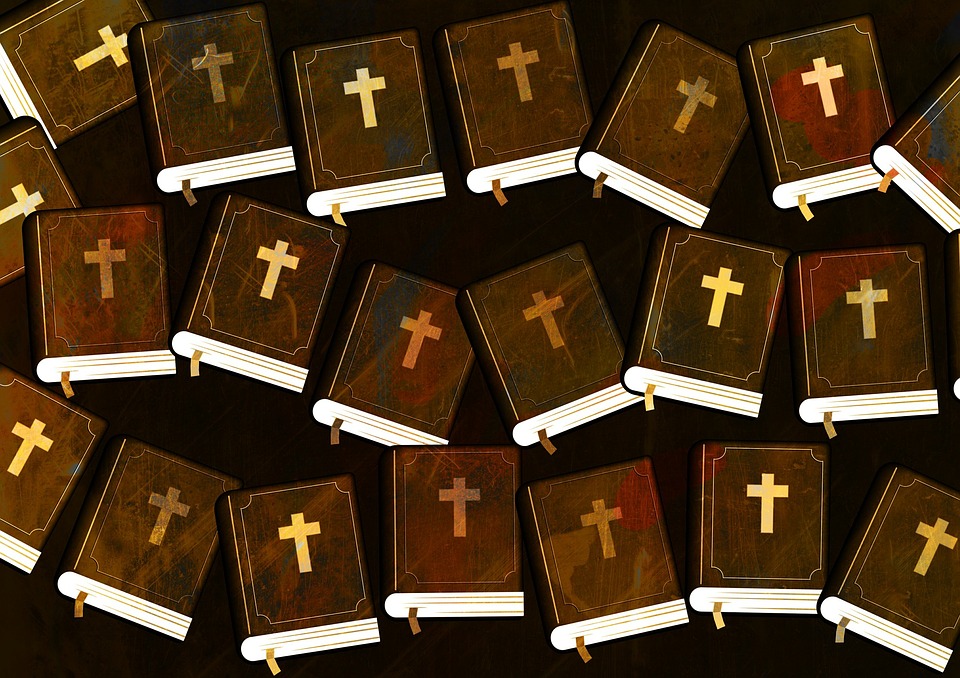 To Keep In Mind That The Bible Is Progressive Revelation

God revealed Himself to humanity progressively, over long spans of time. He didn’t tell us everything about Himself at once. He inspired the books of The Bible over a span of time. Progressive Revelation “…means that God revealed Himself to His people over many centuries, periodically giving new information that built on but did not contradict or deny what came before. For example, the Lord spoke to Abraham and gave him the promise of salvation. Later, He spoke to Israel through Moses, the old covenant mediator, adding the law, which did not overturn the promise but rather reinforced Israel’s hope in the promise (Gal. 3:15–29). After that, the prophets gave more revelation regarding God, and then the Lord’s final revelation came in the incarnation of His Son and the Apostolic writings that explain His person and work (Heb. 1:1–2).” – R.C Sproul (q)

We didn’t know God was a tri-une being until the dawn of The New Testament. God gave us two testaments; The Old Testament (OT) and The New Testament (NT). Both the OT and NT are equally inspired and are equally scripture. One testament isn’t superior to the other one. This is why I don’t understand Christians who only read The New Testament and never look at the old. The New Testament supplements our knowledge of God, it doesn’t replace or override it. It is true that some of the things that Old Testament commanded us to do were set aside in the Christian era, such as sacrificing animals in the temple, abstaining from shell fish, stoning adulterous women, and so on, but just because we’re not bound by the Old Testament ceremonial laws anymore doesn’t mean the Old Testament is irrelevant. For one thing, much of the Old Testament is history. It is the history of God and His plan of salvation for the whole world. It’s a continuous narrative that reaches its climax in the death and resurrection of Jesus Christ in NT. The OT contains a lot of history. Moreover, the OT contains many passages that are universally applicable and aren’t just ceremonial rituals intended only for pre-Christian-Israel. The book of Proverbs contains nuggets of wisdom that anyone of any era or nationality should follow. The Psalms reveal much about God and His character, and His goodness through the divinely inspired hymns of David and others. Additionally, there are prophesies about Jesus which confirm that He was who He claimed to be: the messiah, because He fulfilled all of them during His earthly ministry. The Old Testament is important!

Sometimes Old Testament passages are clearer by reading them in light of The New Testament, and sometimes The New Testament is clearer by pointing to the content of The Old Testament. This is because the OT anticipates the NT and the NT points back to the OT. For example, by reading Hebrews 1, we learn that Psalm 45 is actually about God The Father and God The Son. And by reading the gospels, we can see that Psalm 22 was a prediction of Jesus’ crucifixion, as it stretches the bounds of plausibility to think that they just so happened to describe so many of the same details. I say this because often critics will argue that we think Psalm 22 is a messianic prophecy because we’re reading it only after reading the gospel accounts of Jesus’ crucifixion. They argue that no one before the Christian area would have thought this was a messianic prophesy. I don’t know if that’s true or not, but even if it is, so what? As Frank Turek put it; sometimes you don’t know that a puzzle piece goes with your puzzle until you look at the box top. While the majority of messianic prophesies were certainly clear to Jews before Jesus came, there may have been a few (like Psalm 22) that weren’t identified as prophesies until after the fact. The Bible is progressive revelation after all.


That concludes this series on biblical hermenuetics. We’ve looked at the 7 standard principles of biblical hermenuetics; reading verses in their immediate context, reading passages in their cultural context, letting scripture interpret scripture, reading a book according to its genre, The Grammatical Principle, reading scripture as literal unless there are indicators otherwise, and reading scripture as progressive revelation. If you learn and apply these principles to your Bible study, your false interpretations of The Bible should be kept to a minimum. We’re still human, we’re still fallible, so this isn’t a guide to getting 100% of your doctrines right, but you’ll get way more things right than wrong.