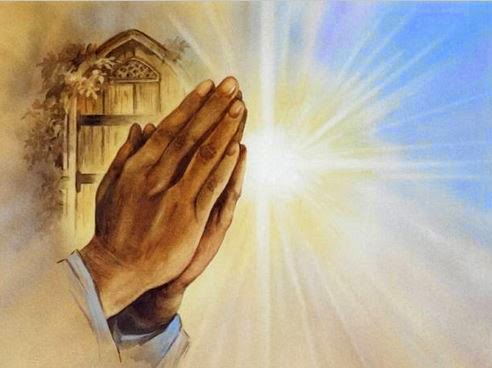 In the Christian life, sometimes we wonder what exactly is appropriate for us to pray over. This is important since prayer is when we engage in conversation with God. In my humble opinion, prayer is equally important than reading The Bible. After all, The Bible is God’s way of speaking to us and prayer is our way of speaking to God. If you don’t have that two way communication, you won’t have a very good relationship with The Lord (or anyone else for that matter).

Sometimes we think that the content of our prayers really matters, and it does to a certain extent. For example, you should never pray for someone you’re angry with to experience misfortune (Proverbs 17:5 Proverbs 24:17, Job 31:29) and you should never pray for the eternal damnation of someone because that’s something that we know goes against God’s will (2 Peter 3:9, 1 Timothy 2:4, Ezekiel 18:23). There are certain things that you should not ask God for because the intent is either evil or selfish as described above.

So now that we’ve gotten the things we shouldn’t pray for out of the way, what should we pray for? Questions about prayer abound in the minds of many. Gotquestions.org has several different articles on the subject. But I’m only going to go into what topics are appropriate to pray for and the conduct we should have when praying.

1: The Lord’s Prayer Gives Us A Formula For The Content Of Our Prayers.

During Jesus’ sermon on the mount, Jesus’ disciples asked Him how they should pray. Jesus’ response was to recite a prayer of His own which has popularly been dubbed “The Lord’s Prayer”. This prayer is recorded in Matthew 6:9-13.

“This, then, is how you should pray: Our Father in heaven, hallowed be your name, your kingdom come, your will be done, on earth as it is in heaven. Give us today our daily bread. And forgive us our debts, as we also have forgiven our debtors. And lead us not into temptation, but deliver us from the evil one.’” – Matthew 6:9-13

A lot of people recite this prayer over and over and over in things like certain Rosary prayers in Roman Catholicism. But I don’t think when Jesus said “this is how you should pray” that He meant “Say everything that I say verbatim.” Rather I think that he merely meant to give us a list of content that our prayers should consist of.

For example, we start by acknowledging God’s holiness. This isn’t something that we necessarily need to say in the prayer, but it is the attitude we should have going into the prayer session. “Our Father in Heaven, hallowed be Your name.” Whatever it is that we’re praying for, we should ask that God’s will be done here on Earth just like His will is done in Heaven (verse 10). What I mean by that is that when we ask God for something, we should say that we want it only if it doesn’t interfere with God’s overall plan for the course of our lives (and possibly for the course of human history as well), being content that even if God doesn’t give us what we want, His plans are always better for our lives than our plans. He can see the bigger picture while we can’t (Isaiah 55:8-9).

We should ask God for “Our daily bread” that is to say, to ask Him for the things that we need such as food, water, shelter, medicine, etc. Moreover, we shouldn’t worry about these things because God will provide these things to His children and in fact knows that we need them even before we ask Him (see Matthew 6:25-34). Of course, God doesn’t always give us what we want. Sometimes we human beings tend to get what we want confused with what we need. Sometimes what we really need isn’t what we think we need. We should trust God that He is doing what is best for our lives (Proverbs 3:5), that He’s working everything for our good (Romans 8:28)…which is a lot easier to say when it is to do when things are falling apart.

We should ask God to forgive us our sins, but to keep in mind that God will forgive us in exactly the same way we forgive others (Matthew 6:11 CF. Matthew 6:14-16, Matthew 18:23-35). Moreover, we should ask God to keep us from situations in which we’ll be tempted, to lead us away from such things, or at the very least to give us the strength to overcome the temptation (Matthew 6:12). Our prayers should also often contain pleas for safety from the demonic forces which wreak havoc on this world (Matthew 6:13). Psalm 55:22 says “Cast your cares on The Lord and He will sustain you. He will never let the righteous be shaken.” And 1 Peter 5:7 says “Give all your worries and cares to God, for he cares about you.” The context of these passages, of course, is spiritual warfare. This falls under that last part of the Lord’s prayer “Lead us not into temptation but deliver us from evil”.

2: In Addition To The Content Listed In The Lord’s Prayer, We should come to God with whatever concerns us.

“Do not be anxious about anything, but in everything, by prayer and petition, with thanksgiving, present your requests to God. And the peace of God, which transcends all understanding, will guard your hearts and your minds in Christ Jesus.”- Philippians 4:16-17

Don’t really be afraid to ask God for anything. God loves you and wants to hear from you. Don’t be afraid of thinking that what you want to ask God is stupid or silly, that it’s insignificant or childish. God’s Word exhorts us to cast all of our cares onto God. Why? Because He cares about us. If it’s important to you, it’s important to Him. Why? Because you’re important to Him. Someone once told me that the worst thing that can happen if I ask a girl out is that she says no. Well, same with God. Worst thing He’s going to do if you ask Him for something is not give it to you. God’s not going to punish you or anything if you ask Him for something others might consider unworthy to ask of God (e.g for a cake you’ve never baked before to turn out well). Ask God for anything and everything that bothers you. Ask Him for things that you want, ask Him for things that you need. However, make sure you don’t treat God like your personal genie. God does not exist to grant us wishes, but He does exhort us to come to Him with our wants, needs and worries…as any good father would. If you don’t believe me, consider the fact that my old Nintendo 64 broke when I was about 12 (I’m 22 now) and I could never get to work until recently after I prayed about it. I still have some difficulty getting it on from time to time, but I’m able to get it work the 85% of the time; a massive improvement from before. God apparently did not consider this request too trivial to take the time to respond to…which I’m glad for because I was having a hankering to play a specific game.

Never be hesitant to ask God for something. While others might consider asking for the miraculous repair of a game console, a first time implemented recipe turning out right, or for you to successfully hunt down a deer, God doesn’t consider anything to trivial. He cares about you. He wants you to come to Him with anything that might concern you.

3: How Long Should We Pray?

I used to talk to God for 2 hours every day. I don’t do that anymore. I pray, but I don’t have time to spend that long in prayer anymore. I kind of miss it. During that movie length prayer session, I wasn’t just asking God for things and thanking Him for things (though I certainly did do that), but I also talked to Him like you would an ordinary person. By that, I mean my words towards God don’t always start with “Dear Heavenly Father” and end with “In Jesus’ name, amen.”. If I’m not asking for Him to do specific things, I just talk to Him causally. It’s so refreshing to spend time in conversation with The Lord.

“And when you pray, do not keep on babbling like pagans, for they think they will be heard because of their many words. Do not be like them, for your Father knows what you need before you ask him.” – Matthew 6:7-8

Nothing is wrong with a short prayer. Nothing is wrong with a long prayer either. Jesus’ message here is not that long prayers are prohibited, rather He’s saying that the duration of our prayers is irrelevant as to whether they’re answered or not. Our requests are either going to be granted to us or they aren’t. But if they aren’t, Christ wants us to know that duration isn’t the reason why we didn’t get what we asked for, that we simply didn’t pray long enough. I’ve had both long prayers and short prayers answered before. I’ve also had both long prayers and short prayers denied. I’ve had prayers that were no more than 10 seconds long answered before. Jesus is right (as He always is). Duration is irrelevant. You do not increase your chances of having your prayer answered by asking God for something 1,000 times in a single hour. But God’s not going to reprimand you if you’re just super chatty by nature. Your prayer might be long, but as long as you’re not praying long because you’ll think you’ll increase your chances of having your prayer answered, you’re fine.