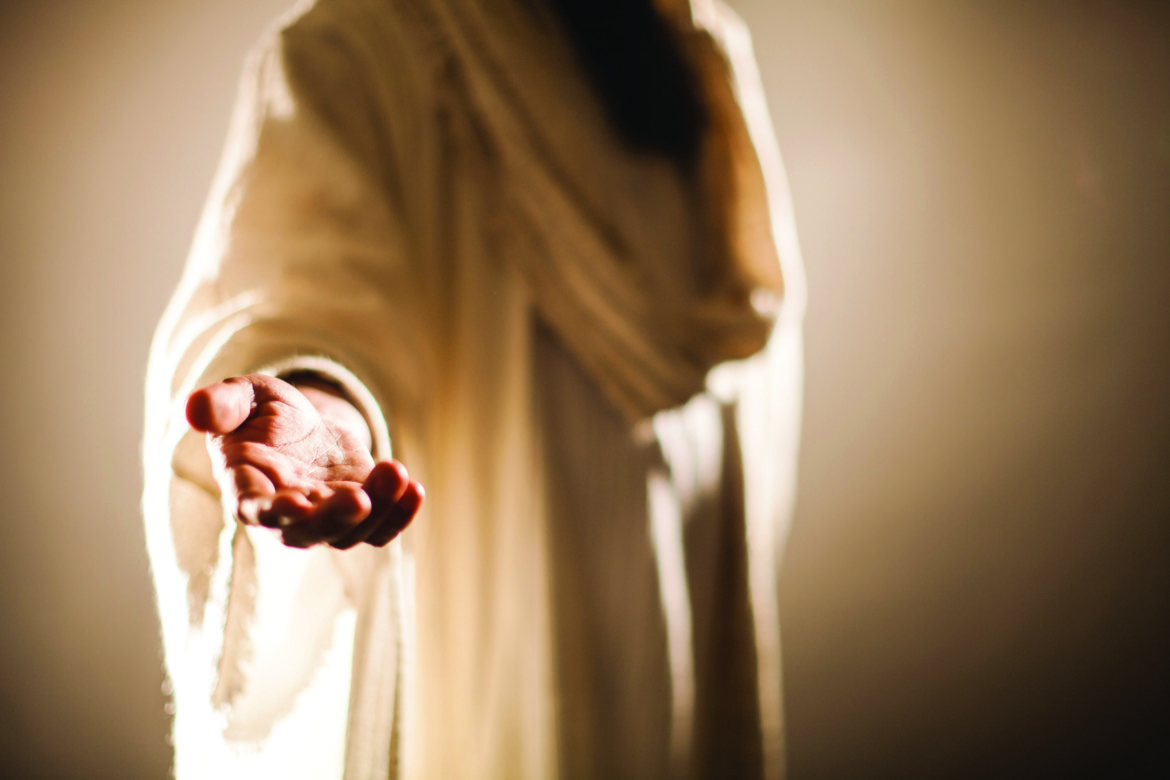 2 Peter 3:9 is one of the primary texts that Arminians use in support of their belief that God desires the salvation of all men. The reason is evident enough. The verse clearly says that God is not willing that any should perish. But Calvinists often challenge the Arminian reading, arguing that it misunderstands who the verse is referring to. In this essay, I will examine and evaluate the arguments Calvinists give for reading the verse in other ways. I will argue that these alternatives are neither natural nor persuasive.

While 2 Peter 3:9 is a well-known verse, the preceding verses are less familiar. But understanding these verses is key to clearly understanding who God does not want to perish in 3:9. Peter seems to be assuring his readers that although judgment has been delayed, it will most assuredly come. In 3:1-2, Peter explains why he is writing the letter. In 3:3-4, he begins describing what the end times will be like. He makes special reference to the fact that there will be scoffers asking, “Where is the promise of His coming?” and saying, “all continues just as it was from the beginning of creation.” In 3:5-7, Peter assures his readers that, despite the apparent tranquility, judgment is coming. Indeed, he goes as far as to say that the world is being reserved for judgment (3:7). In 3:8, he reminds the readers that even though the coming judgment may seem to be taking a long time to arrive from their perspective, it does not seem like such a long time to God.

All of this forms the context for the controversial statement in 3:9. Here, Peter writes, “The Lord is not slow about His promise, as some count slowness, but is patient toward you, not wishing for any to perish but for all to come to repentance.” In keeping with the discussion above, Peter assures his readers that God is not being unreliable or unfaithful to His promise. The judgment will come. However, the judgment is being delayed. Why? The controversial statement answers this question. The reason for the delay is the fact that God is patiently waiting for men to repentant because He does not want any of them to perish. Any serious interpretation of this verse, then, has to adequately account for the fact that this statement functions as an explanation for God delaying judgment. As Robert Picirilli notes,

“The true explanation for His ‘delay’ is found in the last part of the verse and lies in His longsuffering. … Instead of deliberately purposing for any to perish, God deliberately purposes for all to ‘come to’ repentance .” (Robert E. Picirilli, The Randall House Bible Commentary: James, 1, 2 Peter, and Jude, Nashville, TN: Randall House, 1992, Pg. 305)

Calvinist Argument 1: “You” Refers to the Recipients of the Letter

Calvinists often argue that the “you” Peter refers to in 3:9 should be understood as a reference to his immediate audience. In other words, they see Peter as merely stating that God does not want any of the original (Christian) recipients of this letter to perish. However, there is a rather obvious flaw in this interpretation. The original recipients of the letter had already repented and therefore were not going to perish. Indeed, this very argument depends critically on the fact that believers are the recipients of the letter. But if this statement is addressed to those who are already saved, the statement that God does not want any of them to perish would not explain the need for God to delay the judgment. God cannot delay judgment for those who are already not going to perish because He does not want them to perish. That is absurd. Therefore, whatever our interpretation of this verse, the “you” cannot be restricted to the immediate audience. This leads to absurd conclusions.

Calvinist Argument 2: “You” Refers to the Elect

The more common Calvinist explanation maintains that “you” merely refers to the elect. Utilizing the fact that 2 Peter is addressed to believers who are elect, the delay of judgment is seen to be due to the fact that God does not want any of the elect to perish. While the problems with this reading are less obvious than with the previous interpretation, it still faces overriding difficulties. In the first place, Calvinists have not provided sufficient contextual reasons for limiting God’s salvific desire to the elect here. The mere fact that the letter is addressed to believers does not entail that the statement in 3:9 only applies to believers. As Evan Minton says, “There’s no reason to think that just because Peter is writing to the elect, that, therefore, he’s talking only about the elect.” (Evan Minton, “Addressing Calvinist Responses To 2 Peter 3:9,” Evangelical Arminians.org, December 10, 2018, http://evangelicalarminians.org/addressing-calvinist-responses-to-2-peter-39/)

More significantly, this interpretation leads to absurdity. It does not explain the need for the delay. According to Calvinism, regeneration precedes faith. Once God has regenerated a sinner, they cannot fail to come to faith in Christ. But under this assumption, why should there be a delay? What is God waiting for? He could simply regenerate the elect, they would inevitably believe, and the judgment could fall without delay. The very presence of the word “patience” (makrothymeō) suggests that there is some conditional factor at play which is not entirely determined by God. Louis Ruggiero puts this point well.

“It appears to me that Reformers actually think that God is being patient while waiting for Himself to do something. If Reformers are correct about regeneration, why doesn’t God just zap His elect with it so He doesn’t need to be patient at all? The Reformed view that the ‘us-ward’ is the elect in this verse, therefore, completely defies logic and totally contradicts its teaching on regeneration.” (Louis Ruggiero, The God of Calvinism, Oakfield, ME: The Wild Olive Press, 2010, Pg. 146-147)

Ruggiero correctly notes that, if conditionality is removed, this verse has God being patient with Himself. But this is not what the verse says. According to 2 Peter 3:9, God is patient with those He does not want to perish. This makes the idea that only the elect are in view highly unlikely.

Calvinist Argument 3: Some of the Elect Were Not Born Yet

In response to the arguments above, Calvinists will sometimes argue that all of the elect had not been born at the time Peter was writing. Thus, the patience is for the purpose of allowing the remainder of the elect to be born and to believe. Now it must be noted that this interpretation appears to make God a very poor strategist. For God to be delaying judgment implies that this judgment should have come to pass already. Now, if God really wanted all men to freely believe, then His delaying the judgment makes sense. However, if freedom is not a relevant factor to God, and He already predetermined everything that would happen including when the elect would believe, what sense does it make to say God is delaying the judgment? Was it not eternally God’s plan to bring about judgment at a set time according to Calvinism? Such an interpretation leaves one with the impression that God forgot that He did not decree for the elect to be born yet, and so must delay the judgment. But surely that is not something Calvinists are willing to believe. Yet if this is not the explanation, again the question arises: Why is God delaying the judgment?

Another point that is not often raised, but mitigates strongly against the Calvinist seeing the unborn elect here, regards the fact that Peter appears to view the coming judgment as imminent. In 3:3, Peter begins describing the mockers that will arise in the last days. In verses 11-14, Peter seems to believe that those to whom he is writing will experience these last days. Verse 14 is particularly striking. Peter writes, “Therefore, beloved, since you look for these things, be diligent to be found by Him in peace, spotless and blameless.” The people Peter exhorts to be diligent are the same people he anticipates will be found by Christ upon His return. As David Chilton argues,

“[Peter] exhorts his readers to live holy lives in the light of this imminent judgment (3:11, 14); and it is these early Christians who are repeatedly mentioned as actively ‘looking for and hastening’ the judgment (3:12, 13, 14). It is precisely the nearness of the approaching conflagration that St. Peter cites as a motive to diligence in godly living!” (David Chilton, “Looking for New Heavens and a New Earth,” quoted in Gary DeMar, Last Days Madness, Atlanta GA: American Vision, Inc., 1997, Pg. 492)

My purpose here is not to argue that the end times actually took place in the lifetime of the recipients of Peter’s letter. All I need to establish for my purposes here is that Peter regarded it as likely that the end times would happen within the lifetimes of those he was writing to. If this assessment is correct, then the Calvinist is not able to argue that Peter regards the cause of God’s patience in 3:9 as being due to the fact that the elect are not born yet. Unborn elect individuals are not in Peter’s purview. His focus is purely on events which he sees as being in the very near future. As such, God’s patience must be directed towards Peter’s contemporaries and, as demonstrated above, these contemporaries cannot logically be limited to the elect.

While there are deficiencies within all Calvinist interpretations of 2 Peter 3:9, the Arminian reading is perfectly natural. God delays the judgment mankind deserves not because He is waiting for Himself to do anything, but because He truly wants to allow all men an opportunity to repent and be saved. While, perhaps, less decisive than other verses, 2 Peter 3:9 stands as a testimony to God’s genuine desire for all men to be saved. This testimony poses a serious challenge to the Calvinist doctrine of unconditional election.

We have examined three Calvinist interpretations of 2 Peter 3:9 and concluded that all three face overriding deficiencies. While some of these deficiencies may be mitigated with sufficient nuance, Calvinist readings remain less natural and less straightforward than the Arminian reading. When one reads the apologists of Calvinism, one gets the distinct impression that they are seeking to explain this text away rather than understand it. By contrast, the Arminian reading fits the context well and needs no defense other than pointing out the absurdities in contrary readings.

Let The Wiggling Commence: A Response To Kevin Courter

Another Failed Wiggle Attempt: A Second Response To Kevin Courter