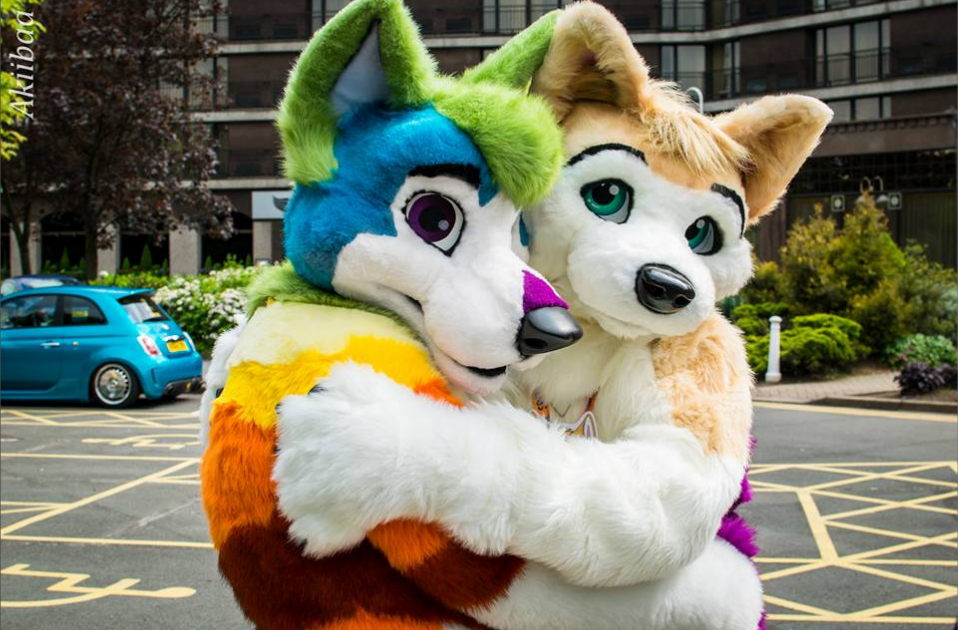 Thank you for your ministry. I have recently discovered your blog and have been reading your blog articles on my way to work on the bus and find them very interesting. I had a question that I think you might be able to answer.

A friend of mine recently told me in passing that he identifies as a “furry”. I didn’t know what to say at the time and just kind of said: “that’s neat”. The conversation didn’t go very long because I had to catch the bus. While I was on the bus, I took out my iPhone and Googled what a furry is. I immediately felt my stomach churn and nearly threw up when seeing all of the depraved pictures that came up. I couldn’t believe my nice friend would be into all of this unspeakable stuff. He’s a good friend and I’ve been wanting to share the Gospel with him, but I’m afraid of how he will react if I try to tell him he’s living a sinful lifestyle.

What is the Christian response to furries? How can I share the love of Christ with my friend without pushing him away?

I don’t have a doctorate, but I’m flattered that you would think I do. I wouldn’t claim to be an expert on the phenom known as Furries, but from what I’ve gathered about it, not everyone who is into furries sees it as their sexual fetish. I’ve seen debates on the internet as to what it is that constitutes a furry. For some, it is merely an interest in anthropomorphized animals (e.g Lola Bunny, Sonic The Hedgehog, Fox McLoud). They enjoy drawing or painting animals with human features or may enjoy watching anime or playing games that make use of them. If this is all your friend means when says that he is a furry, then I don’t see any problem. You should employ The Colombo Tactic on him and ask “When you say ‘I’m a furry’, what do you mean by that?” What he means by that label may not be imbued with the same meaning as what someone else means. Depending on his response, you can then evaluate the morality of his behavior accordingly.

I remembered telling someone once that I’m an “Otaku”. I thought that it was simply someone who enjoyed Japanese animated television programs and movies. In reality, an Otaku is someone who has an unhealthy obsession with anime and manga. These people have their bedrooms plastered in anime posters, pictures, and drawings to the point where there isn’t an inch of wall visible. They have anime characters that they have fantasy romantic relations with (i.e waifus), and some own “Japanese Body Pillows” that even have their pictures on them. I’ll just leave it to your imagination as to what they do with those. Now I know that I am NOT an Otaku and I am mortified that I ever used that title of myself. I just really like to watch Japanese television programs: Pokemon, Bleach, Fullmetal Alchemist, Attack On Titan, etc. It’s not an unhealthy obsession for me, but a hobby.

So, be sure that you and your friend have the same idea of what constitutes a “furry”. Otherwise, you’ll be talking past each other. As has been said “Define your terms lest we be like two ships passing in the night.” If all your friend means is that he’s a fan of cartoon animals with human characteristics (he enjoys Loony Tunes, StarFox video games, and the like), no problem. But if it’s an obsession, or even worse; a sexual fetish, then you’ll need to give a rebuke for such sinful behavior.

Now let’s say you get a clarification on how he’s using that term and it indeed involves all of the depraved sexual aspects you thought. There are two ways you can approach this:

1: First, be sure that first and foremost that Jesus loves him so much that He was willing to suffer a horrendous, torturous death on the cross to atone for all of his sins so that He could spend eternity in Heaven with your friend (Isaiah 53, John 3:16-17, 1 Peter 3:18, 1 John 2:2). And let him know that Jesus’ philosophy of love is basically “nothing you confess could ever make me love you less”. He knows every evil thought, word, and deed we’ll ever think, say, or do (Psalm 139:1-4, Jeremiah 20:12, Matthew 12:25, John 21:17). Yet in spite of all this, Jesus still died for him and that Jesus would have died for him even if he were the only sinner in the world. Explain to him that all people have sinned in some way or other and have fallen short of God’s standard (as it says in Romans 3:23 and Psalm 14:2-4) and that he, like all people, face God’s judgment unless he places his faith in Christ (John 3:18, John 3:36). This is the gospel.

If your friend knows the depth of God’s love and the lengths He was willing to go to save him, this could help his reception of your rebuke. Make sure he knows that God isn’t a cosmic kill-joy and that anything He outlaws, He outlaws for good reason. Make sure you know that you’re bringing this to his attention, not because you are judgmental or look down on him, but because you care about him and are concerned for the well-being of his soul. Admit that you are a sinner saved by grace and that you are, as one evangelist put it, merely a begger telling your fellow begger where to find bread.

2: Another tactic would be to just preach the gospel and leave the conviction of the Furry fetish up to The Holy Spirit (John 16:8). In other words, preach against sin against of sins.  As A.W Tozer put it “The Holy Spirit never enters a man and allows him to live like the world.” If he gives his life to Christ and walks with him daily, praying to Him and reading scripture, The Holy Spirit will expose all of the things he needs to get out of his life. I speak both from the theological study and personal experience. There were things I never thought were sinful prior to my regeneration, but afterward, I began to see more and more things I needed to stop doing, and I was glad to give them up because I consider all things garbage in comparison with the surpassing worth of knowing Jesus Christ (cf. Philippians 3:8). If he “tastes and sees that The Lord is good” (Psalm 34:8), in other words, if he falls in love with Jesus, he’ll come to love everything that He loves and hate everything that He hates.

Clearly, you’ve got to be a lot more sensitive and tread carefully with the first tactic. It’s human nature to not like to be told you’re doing wrong and need to change, especially with our current cultural attitude that “If it feels good, do it” and the prevalent philosophy that no one is right to tell anyone else they’re wrong. However, it can and has been done. Just make the effort to be sensitive to his feelings while simultaneously not compromising on the truth of the matter. What I’m really saying here is; Don’t sacrifice truth on the altar of feelings, but be as gentle as possible when talking about touchy subjects. Too many people fall into one extreme of compromising truth to keep people from feeling bad or the other extreme of preaching truth abrasively. I get annoyed with both errors.

Hopefully you find this helpful. God bless you.

I Haven’t Met My Wife, But I Already Know I Love Her

Is Pokemon Of The Devil?