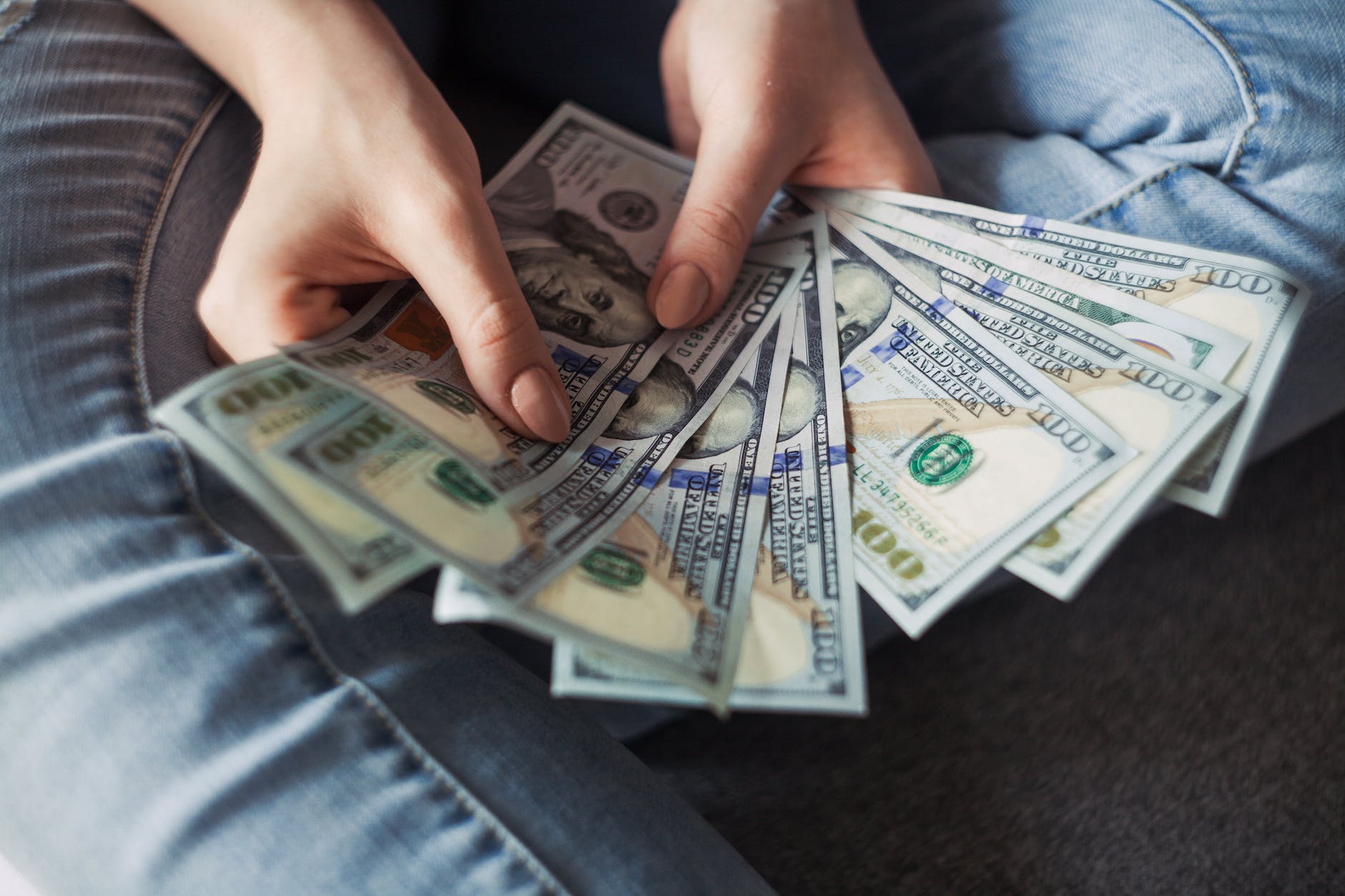 Photo by Alexander Mils on Pexels.com

No, no it’s not. As Matt Slick of CARM (Christian Apologetics & Research Ministry) put it in an article on the subject on the Christian Apologetics and Research Ministry website “Yes, it is perfectly fine for Christians to become wealthy, and there is nothing in the Bible that forbids Christians from gaining large amounts of money. The problem is that the love of money is the root of all sorts of evil (1 Tim. 6:10). Jesus said that you cannot serve both money and God at the same time: “No one can serve two masters; for either he will hate the one and love the other, or he will hold to one and despise the other. You cannot serve God and mammon (wealth),” (Matt. 6:24).  Jesus is not saying that it is sinful to be rich. Jesus is telling us that the problem is when Christians start putting their faith, hope, and security in their money (and it becomes their master) rather than God. At this point, they become idolaters and fail to serve the true God.

Also, if a Christian is blessed by God to have large amounts of wealth, then he or she should use it for furthering the gospel. Therefore, wealthy Christians, just like poor Christians, should tithe to the church to aid it in expanding the gospel of Christ. Consider the parable that Jesus gave concerning the use of money in Luke 19:11-27. In it the person who was punished was the one who did not use the money given to him by his master in a manner profitable to the master, and he was condemned. So, when someone is given something by God, he is to use it for God’s glory. This includes money.”

Therefore, it’s not a sin to be rich. Having a lot of money isn’t a sin, however, loving money is a sin, and it’s an even bigger sin to love money more than you love Jesus. One of the proof texts often given to argue that being rich is sinful is Matthew 19:24 (cf. Mark 10:25) . It says “I tell you, it is easier for a camel to go through the eye of a needle than for someone who is rich to enter the kingdom of God.” Does this verse say that everyone who is rich is going to Hell? Hardly. Before I get into the exegesis of the passage, consider this; the term “rich” and poor are relative terms. For example, I may not be rich compared to Donald Trump or Bill Gates, but I would appear to be EXTREMELY rich in the eyes of those living in small huts and shacks in third world countries. Our “poor” would appear as Middle Class to people such as those. I may not have a mansion, 3 Yachats, a limousine and a bowling ally in my basement, but I do have some computers in my house, a TV in my living room, a TV in my bedroom, heat and air conditioning, food and water, and adequate shelter and indoor plumbing. This beats the pants off of a clay shack in the jungle with cardboard floors, no heat or air conditioners, and not even any electricity. I may be considered middle class in The United States Of America, but I appear rich to someone living in those conditions.

Back in ancient times, kings used to have their servants fan them with giant palm branches, and they would have their servants carry them around. That’s not a whole lot different than what we modern people have with air conditioning and automobiles. The difference is, that instead of having other human beings fan us and carry us places, we have machines do it instead. The middle class American is probably living a more luxurious life than King Herod!

Given that “rich” and “poor” are relative terms, I think it would make it difficult for The Lord on judgment day to judge us since He never gave us a limit to how much money we were supposed to have. How much is too much? How much money do I have to make a year in order to be Hell-bound?  Jesus should have given a set limit. He should have said something like “If you make more than X amount of dollars per year, you cannot enter the kingdom of Heaven”. But He never said anything like that.

But what about Matthew 19:24 (cf. Mark 10:25)? Jesus said that it was easier for a Camel to go through the eye of a needle than for a rich man to get into Heaven. Doesn’t this suggest that being rich means you’ll go to Hell?  It’s important to look at the entire passage in order to get the correct interpretation of this verse. Isolated, the verse seems to plainly say that a person won’t go to Heaven simply because he’s rich. In order to get the correct interpretation of the passage, you need to look at the context in which Jesus said it.

“Someone came to Jesus with this question: ‘Teacher, what good deed must I do to have eternal life?’ ‘Why ask me about what is good?’ Jesus replied. ‘There is only One who is good. But to answer your question—if you want to receive eternal life, keep the commandments.” “Which ones?” the man asked. And Jesus replied: “‘You must not murder. You must not commit adultery. You must not steal. You must not testify falsely. Honor your father and mother. Love your neighbor as yourself.’ “I’ve obeyed all these commandments,” the young man replied. “What else must I do?” Jesus told him, “If you want to be perfect, go and sell all your possessions and give the money to the poor, and you will have treasure in heaven. Then come, follow me.” But when the young man heard this, he went away sad, for he had many possessions.” – Matthew 19:16-22

A person came to Jesus, and asked Him what he has to do to have eternal life. Jesus first makes note that in order to avoid Hell, one must follow Him and obey all of the commandments. Jesus gave the condition on which the man could follow him: sell all of his possessions to the poor. Jesus knew the rich man’s heart. He knew that the rich man loved his possessions more than God, so he put him to the test. If he really loved God more than money (like he was supposed to), he would have been more than willing to give up anything to gain eternal life and be with The Lord. But he wasn’t willing. He clung to his material wealth. When faced with the choice “God or Money” he chose money. Being middle class or poor is not a requirement for eternal life. Placing your trust in Jesus Christ is. Jesus wasn’t saying that to the rich man. He was merely trying to expose his greedy heart. “But when the young man heard this, he went away sad, for he had many possessions.” He was like “I have to give up all my awesome stuff? Darn! So much for being a follower of Jesus!”

Jesus’ message was that charity was morally superior to greed, and that you could not be His follower if you were a greedy person. Jesus went right to what meant most to that young man, and he couldn’t give it up…because that was most important to him. So the question becomes…where’s your heart? If God asked any of us right now to sell all that we have, could we?

There is something about what Jesus said that involves the viewpoint of people of that time. The average Jew of that time believed that God rewarded good people with a lot of money . So since that was the case, to those people a rich man was by definition morally superior to a poor man. Notice the reaction of the apostles when Jesus makes his statement. They were amazed and disconcerted that a rich man would not be good enough to make it into heaven. To their mind that means that no one had a chance. And of course they were right in thinking that, because Jesus’ point is not that being rich is a sin but that we do not achieve salvation by our own righteousness (we can’t work ourselves into Heaven). Read the whole passage and remember the cultural context and you get a better picture of what Jesus was trying to tell us. It isn’t merely that riches get in the way of committing to God and can become an idol in themselves, though that is certainly true. The whole incident begins with the rich man mistakenly believing there is something he can do to achieve his own salvation. We are saved by grace through faith, not by works so no one can boast. (Ephesians 2:8-9)

What Are Sins Of Omisson?

Should We Rejoice In Persecution?