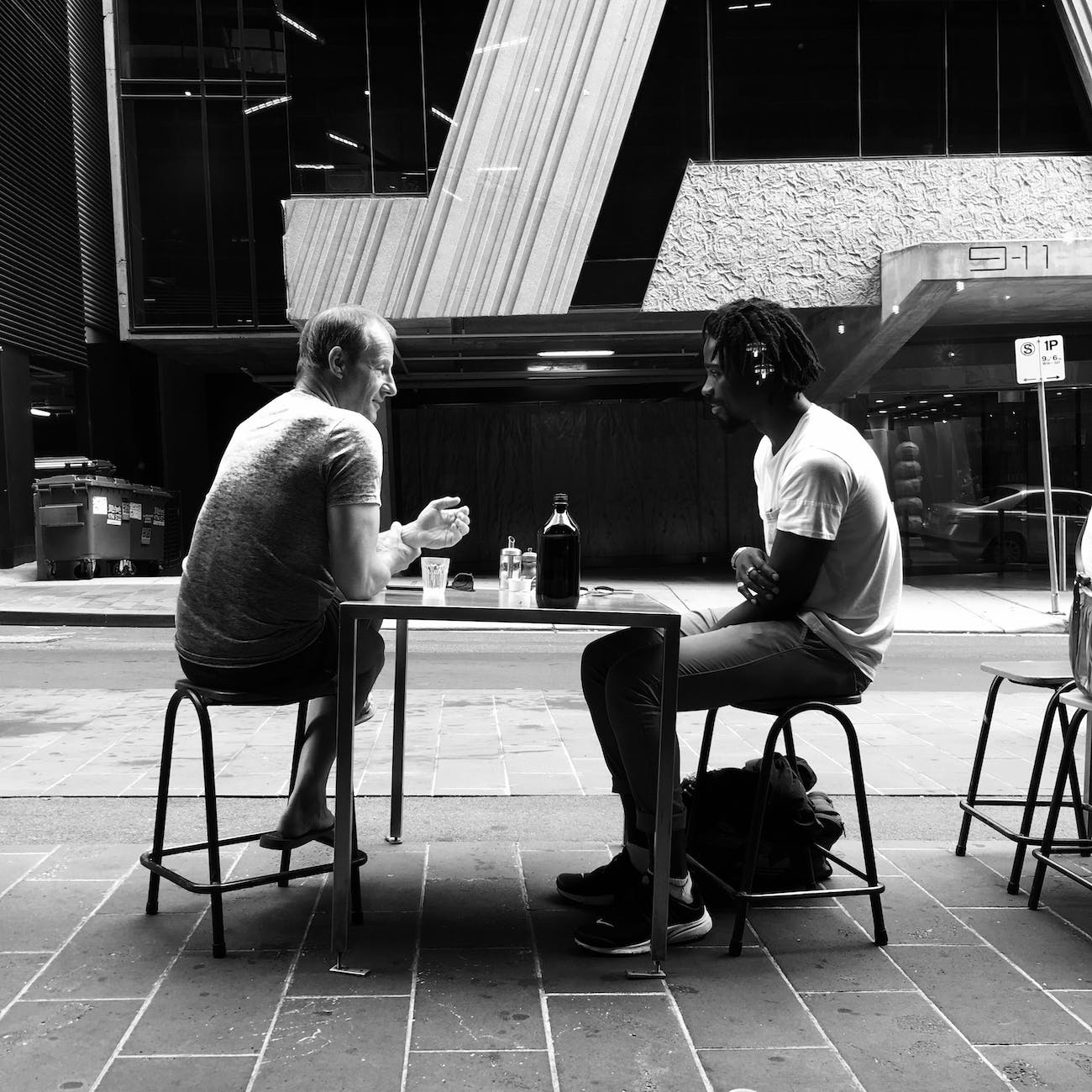 Photo by Seven 7 on Pexels.com

Hi Evan,
I really like your work, really helped me.

But I have a brother, he is agnostic, and he has a few objections I can’t answer (it’s so uncomfortable), so I decided to ask you.

The first is on skepticism in general. Shouldn’t we be skeptical about anything? Since everything is subjectively perceived? Especially moral values? Also, in a pragmatic sense, shouldn’t we agree we can’t know and just follow Aristotle’s “man is a political animal”?

And then on the fine-tuning argument, well he has a weird objection, but I found it difficult (not very well read in this topic, only read on guard and Strobel), couldn’t a different type of life emerge in different universes with different constants?

I thought it was arguing from ignorance, but another thing he said fine tuning only works from the perspective that we are the final product (carbon-based life).

So, I hope you understood these questions, have any recommended resources that wouldn’t be to difficult for a 14-year-old?

Thanks for your question. I’m glad you’ve found my work helpful in your walk with Christ.

On Skepticism
First, you ask “Shouldn’t we be skeptical about anything? Since everything is subjectively perceived? Especially moral values? Also, in a pragmatic sense, shouldn’t we agree we can’t know and just follow Aristotle’s ‘man is a political animal’?


Based on how you worded this section, it sounds to me like your brother has been reading Immanuel Kant. He seemed to make a similar argument that Kant made regarding the knowability of the world. In his weighty Critique of Pure Reason (1781) and his Religion Within the Limits of Mere Reason (1793) he argued that God is unknowable and Kant also insisted that our mind and senses are so structured that we cannot know reality in itself (the noumenal realm) but only what appears to us (the phenomena). Thus, as Frank Turek humorously puts it: “According to Kant, you Kant know what the world is really like”.

The major problem with Kant’s argument is that it is self-refuting. That is to say, Kant, in claiming that the external world is unknowable is claiming to know something about the external world! Namely, that it’s unknowable! But how would Kant know that we cannot know reality in itself unless he knew at least one thing about reality? Thus, Kant’s view saws off the branch it’s sitting on. To affirm it, one needs access to the very thing the view says we can’t access.

So should we be skeptical about anything? Not if the basis of that skepticism is that all perception is subjective, for that relies on a self-refuting philosophy.

Craig argues that our moral experience is on par with our physical experience. Our five senses tell us that the physical world is real, that you are really sitting there reading this blog post. In a similar way, your moral senses tell you what is good and what is evil. Now, we can’t get outside of our moral senses to test whether they’re giving us reliable information, but neither can we get outside of our physical senses to test whether they’re giving us reliable information. Should we, therefore, conclude that we can’t know what the physical world is like? Of course not. But then, why should we deny the existence of objective morality because we can’t get outside of our moral perceptions to test their reliability? I’ve noticed that most skeptics, in trying to knock down the epistemological justification of the second premise of the moral argument, they tend to make arguments that would undermine our 5 senses if the same logic was applied to them. For example, some will point out that different people have disagreements on whether a certain action is morally right or wrong (e.g abortion, the eating of animals). Based on this, they’ll say that we therefore can’t trust our moral intuitions. But what if this line of reasoning was applied to our sense of sight? No one could forget that a whole internet sensation was based on a debate as to whether a dress was black/blue or white/gold. People disagreed on what color “The Dress” was. I remember back in the day disputing with my friends on the playground whether James of Team Rocket from the Pokemon anime had blue hair or purple hair. However, would anyone argue that such disagreements on color render color a non-objective feature of reality?

I think the person is within his rational rights in affirming the objectivity of morality on the basis of his moral compass unless he is presented with a powerful argument that his moral compass has a spring loose, so to speak. However, I’ve never encountered such a refutation.

An Objection To The Fine-Tuning Argument

Your brother objects to the fine-tuning argument with “Couldn’t a different type of life emerge in different universes with different constants?” This is an objection to The Fine-Tuning argument that I get all the time in my conversations with non-theists.

Often these people make use of an illustration by Douglas Adams, the well-known author of Hitchhiker’s Guide to the Galaxy (although this quote is not from that book):

Richard Dawkins applied this to the fine-tuning at Adams’ eulogy. Now, these atheists argue that just as that man is a fool, so we would be fools to believe the universe was designed so that we could exist.

The problem with this argument is that it radically misunderstands the consequences of what would happen if the physical constants and quantities were off.  Take the expansion rate of the universe for example. If the universe expanded too rapidly, then gravity would not have had the opportunity to collect gas and dust and condense it into galaxies, stars, and planets. The universe would forever
exist as nothing but isolated pieces of matter, gas, and dust. Because if the universe expanded too quickly, then all of the stuff of the universe would fly apart too quickly for gravity to take them and to condense them into galaxies, stars, and planets.  If the ratio of the number of electrons to protons were off by a little bit, electromagnetism would dominate gravity, preventing galaxy, star, and planet
formation. Again, the universe would be completely devoid of galaxies, stars, and planets. If you don’t have galaxies, if you don’t have stars, and if you don’t have planets, you can’t have any life. One reason is that without a planet, there’s no home for life to evolve and live on. A second thing is that, regardless of whether life must be carbon based, you need stars to “cook” the elements needed for life. No stars, no elements. No elements, no life. Even if one thinks silicon-baseded life forms are possible, stars are needed to make the silicon.

If the Strong Nuclear Force were slightly weaker, it would be too weak to bind together protons and neutrons inside the nucleus of the atom. Therefore, no atoms could exist in the universe except the hydrogen atom; the simplest atom there is, consisting of a single proton and a single electron. In the case of The Strong Nuclear Force being weaker, the only existing element would be hydrogen. You couldn’t possibly get to any higher levels of complexity in such a scenario.

So, it is my judgment that comparing the fine-tuning to a man waking up in a puddle is an analogy that…. doesn’t hold water. ?

“Have any recommended resources that wouldn’t be to difficult for a 14-year-old?”


Sure! First and foremost, I’d suggest my own Inference To The One True God: Why I Believe In Jesus Instead Of Other Gods, a book that I’m currently working on upgrading in Google Docs. In the book, I talk about The Kalam, Fine-Tuning, Moral, and Ontological Arguments, as well as the historical evidence that Jesus died and was resurrected. According to one reviewer on Amazon, “His easy conversational style throughout the text reminds one of Max Lucado, and he presents material of great import in a comfortable manner that is a joy to read. This book is an excellent introduction to the most significant and well-founded Christian apologetics in the modern era, and is well-suited to high school and college students, as well as adults interested in Christian apologetics and philosophy. I highly recommend this book.” another Amazon reviewer wrote “Mr. Minton helpfully surveys some of the best arguments for God’s existence, appealing to the most robust scholars and answering the most difficult challenges to the arguments. While some of the scholars who have written about philosophy of religion might be too academic and difficult to read, this author’s writing style makes the most complicated arguments (even the ontological argument) relatable. Recommended for those who are new to apologetics or those who want to brush up.”


Another book I’d recommend is J. Warner Wallace’s God’s Crime Scene. Among books on Natural Theology, this one is really unique. Like his previous book Cold Case Christianity, it reads like a combination of detective novel and apologetic book. He lays out the evidence for a Creator on the origin of the universe, the fine-tuning of the universe, the existence of the moral law, the complexity of the cell, and even argues for the existence of the soul based on the phenomenon of conciousness, and he does it all from the perspective of a detective, in a very easy-to-read manner.

But I think the most accessible book on these topics would be Leslie Wickman’s God Of The Big Bang: How Modern Science Affirms The Creator. Wickman is an internationally respected research scientist, engineering consultant, author and inspirational speaker.and is also executive director of the American Scientific Affiliation (a non-profit organization promoting the dialog between science and faith), and as a Professor of Aerospace-Industrial-Mechanical Engineering at California Baptist University. Her book God Of The Big Bang should certainly be not “be too difficult for a 14 year old”.

are what I recommend.