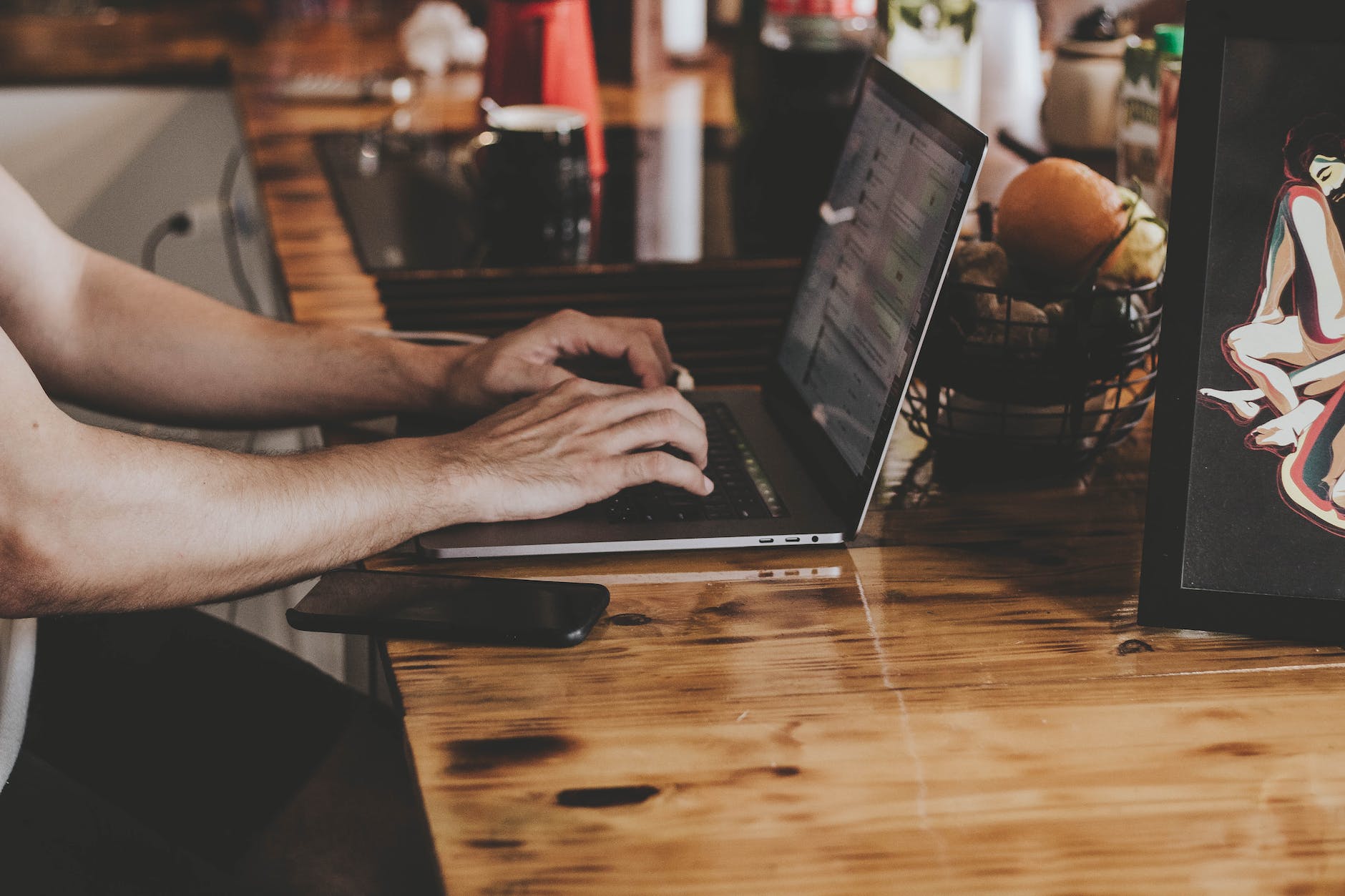 Photo by Eduardo Dutra on Pexels.com
Blogging is a great way to reach souls for Christ, especially in a world where everyone is blogging and everyone is reading blogs. Many people are attacking the faith through blogs and unfortunately, Christian kids don’t need to wait for college to be indoctrinated by an atheist professor, they just need to get on the internet. Being exposed to anti-Christian propaganda at an early age is just as easy and likely as getting exposed to porn! An anti-theist argument is one click away! However, the apologists of this generation have taken up arms against those who try to discredit the Christian worldview. We’ve done this by making blogs of our own and “tearing down arguments and everything that sets itself up against the knowledge of God…” (2 Corinthians 10:5) through services like Blogger and WordPress. To aid my brothers and sisters who “contend for the faith” (Jude 1:3) via the internet, I offer 5 pieces of advice on how to improve your blogs. These are pieces of advice that have been given to me by those were blogging for Jesus before me, and I’m now going to share that advice with you.

1: Try To Make Every Post Sound Like English
One of the things that repels people from studying apologetics is that they don’t think they’re smart enough to understand or remember the information given in an article or book, and this belief is only re-confirmed if they pick up a book on apologetics or go to a website and they can’t understand half of what you’re saying. Even I have read some material that was a bit over my head (most recently, The Blackwell Companion To Natural Theology).

Most average people aren’t exposed to words like “ontological”, “epistemological”, “syllogism”, “quantum fluctuations”, “post-hoc ergo propter hoc” or other big philosophical or scientific terms that often come into play when writing about Christian Apologetic subjects, and things
that contain a lot of big words like that can be intimidating to the average Joe. Now, I’m not saying we should avoid using terms like that. For one thing; I myself have used these terms in earlier blog posts, so I would be a hypocrite if that’s what I was arguing. For another thing, being able to communicate the arguments would sometimes be impossible if we didn’t resort to words like the above. For example, it would be impossible for me to talk about The Ontological Argument if I neither used terms like “ontological” or “possible worlds”.

However, what I am saying is that we should try to be as simple as possible when conveying scientific and philosophical content to our audiences, and when unusual terminology (like the aforementioned examples) come into play, we should explain what they mean before proceeding. If you’ve read my blog post on The Ontological Argument for God’s existence, you’ll know that before even listing the premises in the argument, I briefly explained what I meant by “Maximally Great Being”, “Possible Worlds”, and “Ontological”. I explained what these terms meant, and then I defended the premises of the argument.

Fortunately, I think I’ve reached this goal with most of my posts. Of all the positive feedback I’ve received for Cerebral Faith, one the things I keep hearing is how accessible and easy to understand my articles are, even on what I would consider to be the most complex and sophisticated of topics, and this feedback comes from ordinary people, not doctors or M.As, which makes this feedback more reliable since what is simple for someone with a Ph.D may still be complicated to a layman.

If you’ve noticed, some of my articles are kind of long (e.g “The Minimal Facts Case For Jesus’ Resurrection PART 1”, “The Minimal Facts Case For Jesus’ Resurrection, PART 2”, “The Fine Tuning Argument For God’s Existence (Updated Version)” etc.). However, I do think that since 2014, I’ve done a pretty good job with MOST of the articles I’ve written, even if a few I’ve written were book chapter length. As for those that are rather lengthy, I apologize to my readers and exhort you to set aside time when you’ll be able to read them in their entirety. They will be worth it, I promise you, because they argue for the truth of Christianity and will equip you if you’re a believer, and perhaps convict you if you’re a non-believer.

So, okay, I struggle with brevity. Nevertheless, I do my best to keep my articles short. I type them up on Microsoft Word before copy/pasting them into Blogger’s type window. By doing that, I’m able to keep track of their length. My goal is to keep the blog posts to a maximum length of
4 pages.

3: Try To Make Maneuvering Around Your Blog Convenient

It should be convenient for your followers to maneuver your website with ease. Several months ago, I realized that it was getting more For example, the “Natural Theology Library” contains blog posts about various arguments for God’s existence like The Kalam Cosmological Argument, The Fine Tuning Argument, The Moral Argument, and so on. The Natural Theology Library lays out not only the first articles I’ve ever written on the subject, which give a basic defense of these arguments (e.g “The Kalam Cosmological Argument”), but also follow up posts answering questions and challenges raised against the argument (e.g “Does The First Law Of Thermodynamics Undermine The Kalam Argument?”). The “Atheist Criticism Library” involves answering various challenges raised against Christianity from the secularists both in academia and on the internet. This library contains posts such as “The Problem Of Evil and Suffering (Revisited)”, and “The Doctrine Of Hell and Objections To It”

4: Make An Easy And Convenient Way For Your Follows To Stay Up To Date
With Your New Entries
One thing you should do to improve your blog is to make an easy way for your followers to stay up to date with new entries. This will keep a consistent flow of traffic as well as alert new people to follow your blog, increasing your traffic. For a Christian Apologetics blog, you want to have a high flow of traffic so that you can reach more souls for Christ. You want to equip believers, and convince unbelievers.

I’ve added a widget that allows you to follow my posts via Net Vibes and My Yahoo. This will help my readers stay up to date with the blog posts I write if they happen to use those services. I’ve also made it to where people can alerts sent straight to their e-mail inboxes whenever a new entry is published. All of these are ways my readers can know when a new entry is made. If you run a Christian Apologetics blog, or really, any kind of blog at all, I would suggest you do these things as well.

5: Make Sure You Always Respond To Peoples’ Comments
Make sure that when someone comments on a blog post you’ve written that you respond as soon as
you can. You’ll usually get a notification when someone has left a comment on one of your posts. Now, how you get notifications will differ from service provider to service provider. Since Cerebral Faith is a Blogspot website, I get notifications whenever I’m using any of the services owned by Google whether it be my Gmail account, YouTube, Blogger, Google+, or the Google search engine. There’s a little bell at the upper right hand corner of the screen that gives me notifications whenever someone has commented on my blog, replied to a YouTube comment I left, or commented on a YouTube video I uploaded, or when someone has commented on a Google+ post I wrote. Now, WordPress is a little different. With WordPress, you can have Facebook comments be the comments of the blog. I’ve commented on some of Richard Bushey’s articles before (his blog
is ThereforeGodExists.com) and when someone replies to my comment on his site, I get a notification for it on my Facebook account, just as I would if I left a comment on an ordinary Facebook post.
Anyway, you should always respond to your readers’ comments if you can. This may not be possible if your blog is hugely popular (if you’re a celebrity like Billy Graham or something), but chances are, your traffic isn’t that heavy, even if it is popular. I mean, I get about 200-300 viewers a day, but I don’t receive that many comments. Responding to viewers is important for 2 reasons;
1; it lets them know that you care about what they have to say.
2: if you don’t, they may stop coming to your blog.
As for Christian Apologetics blogs, it’s important to respond for other reasons as well. One reason is because the comment may be coming from a non-Christian attempting to refute what you said in your article, and what he wrote may sound persuasive to other readers even if it doesn’t to you. If his objection is a failure, you need to point out in a response why it’s a failure. This is for the sake of your other readers. Other times, comments may be from people who aren’t necessarily looking to refute you or get into a debate, but are just asking follow up questions on what you said. These can come from believers and non-believers.
There have been a few times where I didn’t respond right away, but this wasn’t because I was ignoring them, but because for some reason I never got a notification. It wasn’t until I went to the page that I noticed that a comment was there. For this reason, it may be good to pick an article at random from time to time, and check it for any new comments.
Moreover, please be sure that when you do respond, you do so respectfully. 1 Peter 3:15 says not only to give a defense to anyone who asks us for the reason for the hope that we have, it also tells us to do it with gentleness and respect. If you defend your views while being a jerk, you’re only partially obeying the command of 1 Peter 3:15.
Conclusion
I hope the information in this blog post will help you in your blogging endeavors. If you have any questions, leave them in the comment section below, and don’t forget to follow Cerebral Faith on Facebook (https://www.facebook.com/cerebralfaith/) and Twitter (@CerebralFaith).
Liked it? Take a second to support Evan Minton on Patreon!