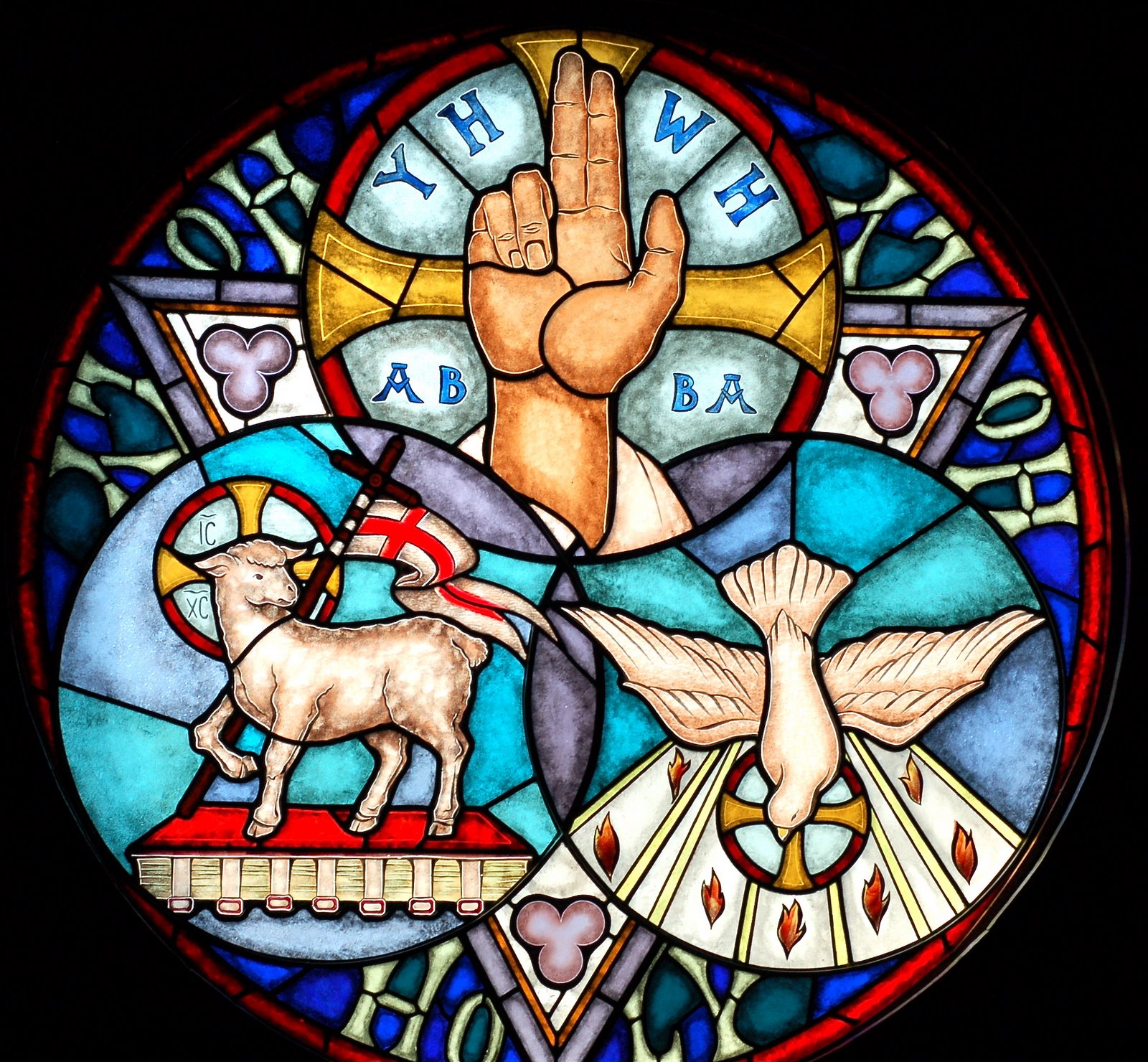 Evan, thank you for taking the time to post my letter and reply in detail on your blog. I think we’re both in agreement that a defense of God’s morality requires more than just an appeal to his sovereignty, and so you’ve explained some other arguments for why God is good and my hypothetical “Bad God” cannot exist. I appreciate the thoughtful response.

I have some questions about The Ontological Argument as applied to the Holy Trinity.

I assume you would agree that it is metaphysically possible that the Maximal Greatest Being is a Godhead in three persons, the way most Christians conceive of God but not for example Jews or Muslims. And I assume you would agree that being in multiple persons does not necessarily divide nor diminish the perfection of the Godhead, for the full measure of greatness ascribed to any one person in the Godhead is also ascribed to the other persons.

So what is so great about there being exactly three persons in the Godhead? Wouldn’t four or more omnipotent, omniscient, omnipresent, omnibenevolent persons (with whatever other greatest qualities besides number) in eternal relation to each other be at least as great? Certainly, four is greater in number than three. And for any number of persons in the Godhead that can be conceived, you can find a number of persons greater than it, through higher orders of infinity which mathematicians never seem to exhaust in their conception. So how many persons would a Maximal Greatest Godhead have?

If a Godhead in four or more persons is greater than one in three, then how could the Holy Trinity be the Maximal Greatest Godhead?

If a Godhead in four or more persons does not exist in any possible world, what logically precludes the possibility? Unlike a square circle or a married bachelor, the concept appears to be logically possible, or at the very least as logically possible as one in three persons.

If possible Godheads with different numbers of persons are equally great (for example, if the number of persons does not impact overall greatness), then how could there be one necessary Maximal Greatest Godhead shared by all possible worlds?

I’m glad my response satisfied your objection, D.J. Your questions reveal to me that you are a very thoughtful individual, and you’ve sent yet again another good question. I would certainly argue, and indeed have argued in writings like Inference To The One True God and in its upcoming revision “The Case For The One True God” (I expect to get it out by late 2019) that in order for a Maximally Great Being (MGB) to BE Maximally Great, He must consist of more than one person. This is because, in possible worlds in which there exist no other beings but the MGB himself, he could not possibly be loving, and if he isn’t loving, he wouldn’t be morally perfect, and if he isn’t morally perfect then he would not be Maximally Great. A triune being could be loving even in the absence of other beings, for there would be a loving relationship going on within himself. The Father loves The Son, The Son loves The Father, The Holy Spirit is the spirit of love, and so on. This is why I said in Inference To The One True God [1]which I’d be willing to send you for free given that you’re an atheist that The God demonstrated to exist by the Ontological Argument must be a God that consists of more than one person, unlike the unitarian Gods of Judaism and Islam, or any of the polytheistic deities like Thor. While you’ll find many of the MGB’s omni attributes in a unitarian conception of God as in Judaism and Islam, you won’t find any religion on the face of the planet who has a conception of a multi-personal God. Since this is the kind of God the Ontological Argument entails, that suggests that they are one and the same, and The God of The Bible exists in the actual world.

Now, your question is; why stop at just 3? Why not 4? Why not 5 or 6 or 100? Why are there only 3 persons in the Godhead? This is a good question and I wouldn’t pretend to have the answer. Perhaps it’s merely a brute fact about God [2]EDITING NOTE: the mere proposal of this alternative has evoked some outraged among some of my Christian readers. Do note that this is the most problematic of the 4 proposals and I do not recommend … Continue reading. Perhaps God cannot possibly consist of more than one person for some ontological or metaphysical reason that only God knows about, which future philosophers may or may not discover.

I would say that the number of persons wouldn’t impact the greatness of God in any way. In order to be a Maximally Great Being, God must have all great making qualities and have them to the greatest extent possible. Power, moral goodness, knowledge, existence, presence, etc. to the greatest extent possible. To have the moral goodness to its utmost perfection, I have argued, God must exist as more than one person. This way, the MGB can be expressing love even if the MGB is the only being in existence. But a being consisting of 1,000 persons would get the job done just as well as a being consisting of only 3. In a Godhead consisting of a thousand distinct persons, there would be a love relationship between the persons just as between a triune Godhead. Therefore, I don’t think the number of persons in the Godhead would affect the greatness to any extent, except for numerical quantities of persons.

The toughest question is this one; “If a Godhead in four or more persons does not exist in any possible world, what logically precludes the possibility? Unlike a square circle or a married bachelor, the concept appears to be logically possible, or at the very least as logically possible as one in three persons.”

Some may suggest an appeal to Ockam’s Razor; the scientific principle that says that you shouldn’t posit more explanatory agents than what is absolutely required. Though if we do that, we should conclude that a binary God (a God consisting of only 2 persons) is preferable to a trinitarian God. And besides, I’m not sure that bringing in Ockam’s Razor is appropriate in a topic that concerns modal logic anyway. We’re dealing with what is logically possible and necesarry, not what is the best explanation for an observed phenomenon.

Appeal to biblical revelation won’t help either, though in the case of natural theology it shouldn’t be done, as natural theology’s purpose is to demonstrate God without the use of scripture. But even if we brought it in, it would do no good. The Bible doesn’t say anything that would forbid us from concluding that God might possibly consist of one extra person He hasn’t told us about. The reason we don’t go beyond the three is that we have no reason to. We wouldn’t and shouldn’t conclude God consists of an extra person unless we have some good reason to (like new revelation).

Whatever we conclude of the multi-personality of God, we should not miss the fact that the modal Ontological Argument does appear sound, and also that it entails a conception of God that you won’t find in any other religion on the face of the planet. The idea that there could be one deity who consists of more than one person can only be found in the Christian tradition. And, as I argue in the revised edition of Inference To The One True God, this provides a good reason for thinking The Bible’s authors, as opposed to the Quran’s or those of the Buddhist scriptures, were divinely inspired. After all, what are the odds that they would simply guess all the qualities of this Maximally Great Being by chance? A better explanation is that the MGB that exists in the actual world communicated with these authors.

I hope this helps as much as the last one.

Remember Jesus. He Blew Up The Stars So That You Could Be Born.