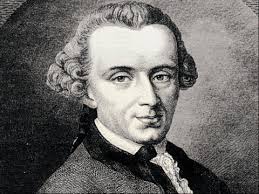 I really love your blog! I find them quite easy to understand for a non-expert like me. I often find my mind going blank when reading some articles.  Keep up the good work!
I wanted to ask you a question that I’ve been confused and bothered about. The philosopher, Kant once said that an “absolutely necessary being” is a being whose existence is logically necessary, where to deny its existence is contradictory.
Is God an absolutely necessary being or a logically necessary being? I think that He is since it is impossible that He does not exist. But I realized that the statement “God does not exist” isn’t exactly contradictory. This brings me back to Kant’s words in which denying an absolutely necessary being’s existence is contradictory. And so I’m confused.
Maybe I’m getting my terminologies mixed up or that I’m failing to understand a few things. If somehow the answer is simple and I missed it, I apologize. I am not very good with logic and I am still trying to learn it in order for me to be able to better understand and share theistic arguments. I’m new at philosophy and apologetics, and I can’t say I’m an expert at it.
God bless you!
Sincerely,
Emma
—————————————————-

In my writings and podcast episodes in which I talk about the necessity of God’s existence, it’s usually in the context of the modal Ontological Argument; which says that if a Maximally Great Being (a being who possesses all attributes or properties that make persons great when possessed by them, and possesses these properties to the greatest extent possible) is possible, then He exists in some possible world, and ergo every possible world. And since the actual world is a possible world, since a Maximally Great Being exists in every possible world, it follows that a Maximally Great Being exists. A being who is omnipotent, omniscient, omnipresent, omnibenevolent or morally perfect, and necessarily existent. Readers unfamiliar with this argument should acquaint themselves with my prior blog posts on this subject just in case this sounds bizzare. For example, “The Ontological Argument For God’s Existence” is a basic introduction to the argument. Be sure to check out the category for follow up articles on it.
Though I also mention the necessity of God in the context of The Moral Argument as well, since I take it that some moral truths at least are necessarily true and ergo cannot be grounded in a contingent being.
Emma, your question is a good one, and requires that we understand some distinctive clarifications when we use terms such as “logically possible” or “logically necessary”. When the atheist says that “God isn’t a necessary being because the statement ‘God does not exist’ is a statement that does not involve a contradiction,” he is talking about strict logical possibility. It is indeed the case that “God does not exist”  involves no logical contradiction and, ergo is strictly logically possible. It would be too strong of a claim to say that God’s existence is strictly logically necessary or that God’s non-existence is strictly logically impossible.
However, that doesn’t mean that God isn’t broadly logically necessary. Now, what is the difference between something’s being strictly logically possible/necessary and broadly logically possible/necessary? Broad logical necessity is often called metaphysical necessity.
Something is strictly logically possible if the concept violates none of the laws of logic (law of non-contradiction, identity, excluded middle) and is coherent. So for example, married bachelors, physically dead and physically alive people, an action’s being morally good and morally evil at the same time, etc. are contradictory and, because they are contradictory, they are strictly logically impossible and therefore exist in no possible worlds.
Speaking in terms of broad logical (or metaphysical) possibility, we claim that God’s not existing is broadly logically impossible, just as it is broadly logically impossible that the prime minister is a prime number, that something can come into being uncaused, 0r that there are physical objects with no shapes. None of these things violate laws of logic, and one can assert “Your MacBook has no shape” as the contradiction to my statement “My Macbook has a shape”. But that doesn’t mean that there is a possible world in which my MacBook, a physical object by definition, has no shape.
There’s no problem with the Modal Ontological Argument or even the doctrine of divine aseity in general if we say God is broadly/metaphysically necessary rather than strictly logically necessary.

In Immanuel Kant’s day, this objection carried more force as possible world semantics wasn’t as developed as it is today (not to mention that he was responding to Anselm’s version of the argument rather than Alvin Platinga’s more robust and developed version). But with the understanding that the logical necessity being spoken of here is broad, not strict, the objection falls flat.