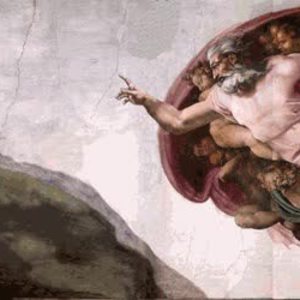 Hello again Mr. Evan,
I know it’s probably unusual to have you settle an argument like this but I really need your help. My friend and I had an argument on the existence of God. I appealed to her that God does exist by explaining the Ontological Argument and that good and evil could exist without contradiction. When questioned about why God would allow evil in the first place, I answered it might give way to a greater good or to prevent a worse evil. She disagrees with this reasoning and thinks this is consequentialism.
She also doesn’t believe in the first premise of the OA because she thinks if the GCB does exist, He would choose not to create any creatures for a world without evil is better than a world with one. She also told me that Christianity is contradictory and cannot fit with the OA. In the Bible, Jesus says it is better for one who does not believe to have never been born than commit evil and be judged. The Bible agrees that a world with only God and no other creatures that could commit sin is better. And yet this world exists.
She also gave me other arguments. One of them quite frankly, bothered me. She says that God by definition cannot be explained by anything outside of Himself since this would mean that God can be explained by something external to Him and therefore He would not be God. I agree. After all, God did say “I am.” However, my friend accused this view of circular reasoning. If the explanation for God is Himself, wouldn’t this be a logical fallacy? She thinks that the only logical possible view is that there is always a further explanation. There is an infinite number of answers to an infinite number of questions. This is her view and I honestly find it so sad. A view without God can only lead to nihilism so I’m worried.
We decided to just stop the discussion eventually since things began to get heated. But I feel unsettled leaving things like this. I feel like I have to be able to bring out an answer on the table. Not only for my friend but also for myself. Christianity is the one view where people can achieve eternal joy. I want her to see just how wonderful it is to be with God. I hope you don’t mind lending me your help. Thank you very much.
I hope you have a great day. God bless you, always.
Best Regards.
Sam
————————————————–

“In the beginning the Universe was created. This has made a lot of people very angry and been widely regarded as a bad move.” goes the famous line from Douglas Adams’ “A Hitchhiker’s Guide To The Galaxy”. This is not an objection that I am unfamilliar with. I’ve dealt with variations of it when discussing the problem of evil and the doctrine of Hell respectively. So, fortunately, I should be able to help you out.

First, we could agree that it’s better for an individual to have never been born than to face the wrath of God in Hell. But for one thing, I don’t think the wicked will be tortured for all eternity. I have three chapters exegetically arguing for annihilationism in my new book “Yahweh’s Inferno: Why Scripture’s Teaching On Hell Doesn’t Impugn The Goodness Of God”. And in that book, I explain from the biblical data that the “Judgment Timeline” of the damned will be (1) biological death, (2) imprisoned in Hades/Tartarus/Sheol, (3) bodily resurrection, and (4) annihilation in the flames of Hell. Hell does not need to be eternal consious torment to be a fate so bad that Jesus could say “It would be better if you had never been born”. The inner conscious turmoil of those in the intermediate state, knowing that their days are numbered and that an execution of both body and soul awaits them (Matthew 10:28), knowing that they’ll experience death a second time (Revelation 21:8) for melinnia would be quite miserable indeed I would think.

On God As The Explanation Of Himself

It sounds to me like your friend’s objection sounds like a modal variation of the old “If God made everything, who made God?” argument.

The Ontological Argument entails that God is a necessary being. Being necessarily existent is part of what it means to be a Maximally Great Being. It is greater to exist necessarily than contingently. Demanding an explanation for a necessary being is nonsense. If she denies that there even is such a thing as necessary being, then she needs to provide an argument for that. This would be an extremely radical view that no philosopher to my knowledge would embrace. I think, however, that she hasn’t thought this through. The average Joe (or Jane) isn’t really as adept at modal reasoning as the philosopher, and The Ontological Argument is 100% modal logic from beginning to end.

This is why The Ontological Argument doesn’t resonate as much with people like The Kalam Cosmological Argument or The Fine-Tuning Argument does. However, I use it because I think it could be understood by anyone who takes the time and effort to understand it, providing the Christian Apologist/philosopher talking about it does his best to make everything clear.

I hope you show her this blog post and I hope it helps her come at least one step closer to an intellectually fulfilled Christian worldview. I totally understand how you feel about wanting to get her to see the truth about God. He is the one who can indeed bring us eternal joy, and like you, I want her and everyone to know how wonderful it is to be with God. That’s why Cerebral Faith exists.

Feel free to shoot me another e-mail to tell me what her thoughts are, or if you’re not shy about your identity, you can drop a comment in the comment section. God bless you, brother.

Was The Snappening Star Lord’s Fault?