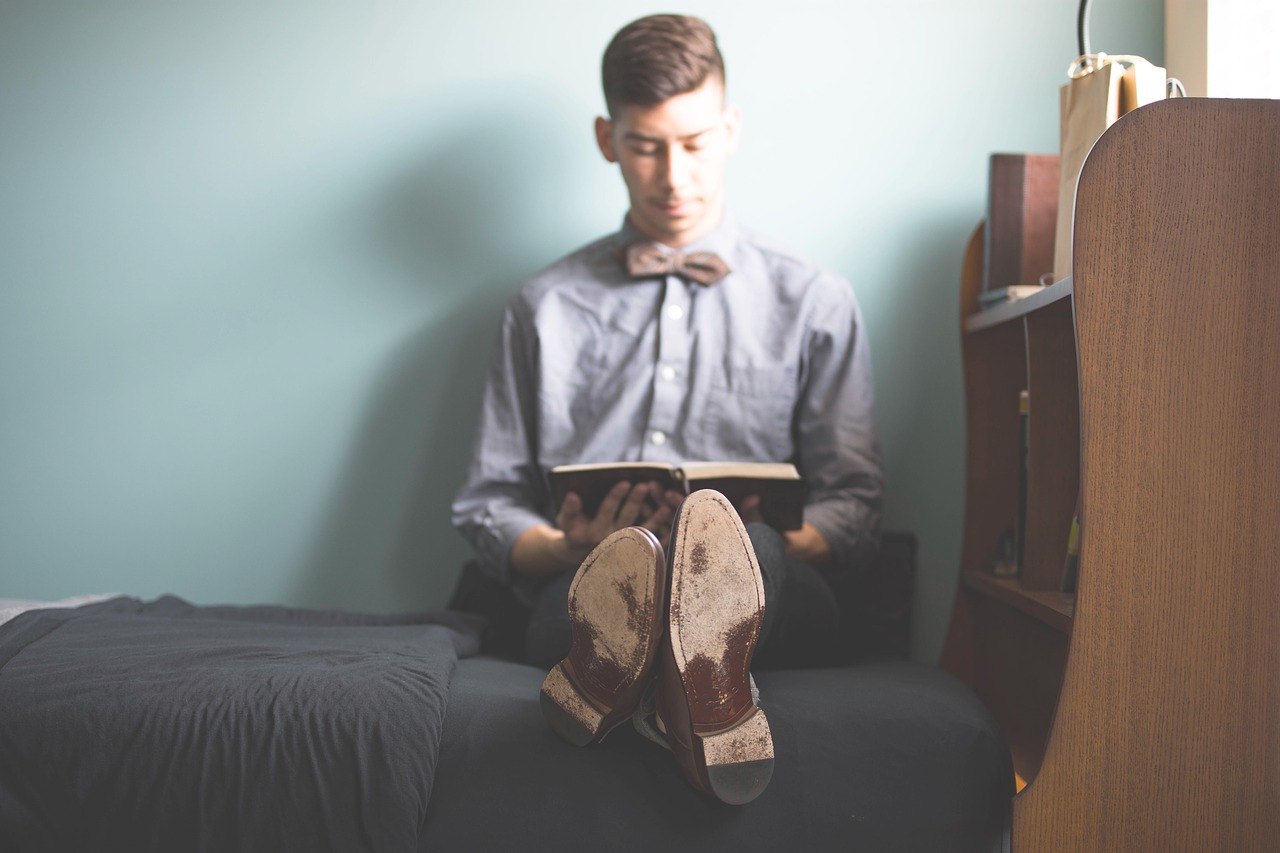 Hi Evan, I was wondering if you could recommend some starter books that discuss the evidences for the existence of God?

Absolutely, Timothy! I can think of several good introductory works to the arguements for God’s existence and of Christianity’s truth in general. In this Q&A article, I’ll list my own and then my own list of top 5. 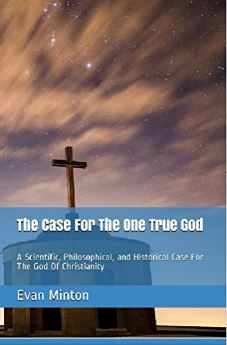 I wrote this book myself, so I’m not including it in my list of top 5. To do so would be rather arrogant, wouldn’t you say!? That said, I did write this book with the average Joe in mind. This is meant as a defense of the Christian faith that someone who doesn’t have a background in apologetics or philosophy should grasp pretty easily. The book is divided up into 3 parts; (1) Arguments For God’s Existence, (2) Arguments Against God’s Existence from Atheists, and (3) The Historical Case For Jesus’ Resurrection. In Part 1,  In chapter 1, I talk about The Kalam Cosmological Argument. In chapter 2, I defend The Cosmic Fine-Tuning Argument. In chapter 3, I defend The Local Fine-Tuning Argument. In Chapter 4, I defend The Moral Argument. In Chapter 5, I defend The Ontological Argument.  After this comes PART 2 of the book. Chapter 6 deals with responses to what I call “The Divine Identity Argument” (I’ll get to that in a moment). Chapters 7 and 8 respond to The Problem Of Evil and Divine Hiddenness respectively. Then comes PART 3 of the book. In this section, I give the historical evidence for Jesus’ divine self-understanding, death, and resurrection.

What makes my book unique is that I’m not merely concerned with answering the question “DOES God exist”, but also “WHICH God exists?” You will often hear from atheists (and even presuppositionalist apologists) that arguments from natural theology only establish a generic deity and that you can use these arguments to defend the existence of Thor and Krishna as much as you can The God of Israel. In this book, I show that that is not the case. The Kalam, Fine-Tuning, Moral, and Ontological Arguments establish the existence of a being that has certain attributes. I show how The God of The Bible has these exact same attributes. I also show that no other god in any other religion has the same qualities or attributes as the God established to exist by, say, The Kalam Cosmological Argument or The Ontological Argument. So, far from establishing “A generic theism”, these arguments establish the existence of a God who bears a striking resemblance to Yahweh Elohim!

So by reading this book, you’ll be equipped to respond to those who ask “Why to believe in Christianity’s God rather than any other?” This book is available in paperback and Kindle, but I also plan on releasing this as an Audiobook exclusive to Cerebral Faith patrons. The paperback and Kindle can be gotten through Amazon though. I do hope you’ll read this book and that it well help you to “Always be ready to give a defense for the reason for the hope that you have.” – 1 Peter 3:15

My Top 5 Beginner Books On Arguments For God’s Existence

1: “On Guard: Defending Your Faith With Reason and Precision” by William Lane Craig 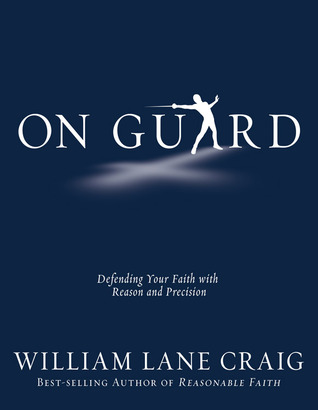 “On Guard” was one of the first apologetics books I’ve ever read. William Lane Craig is perhaps the most influential Christian philosopher today with a PH.D in philosophy and a TH.D (Theology). This book is primarily aimed at training Christians to defend their faith rather than to convince unbelievers to become Christians. Craig wrote a version of this book called “On Guard For Students”. Unbelievers reading this blog post will want to get that version instead. But you, Timothy, should get this version. In this book, Craig defends The Contingency Argument, The Kalam Cosmological Argument, The Fine-Tuning Argument, and The Moral Argument. He also has a chapter on The Problem Of Evil as well as answering the question “Why Is Christ The Only Way To God?” He also has a chapter defending the historicity of Jesus’ Resurrection. For anyone new to Christian Apologetics, I cannot recommend a better book than this. That’s why it’s number 1 on my list.

2: “I Don’t Have Enough Faith To Be An Atheist” by Frank Turek and Norman Geisler 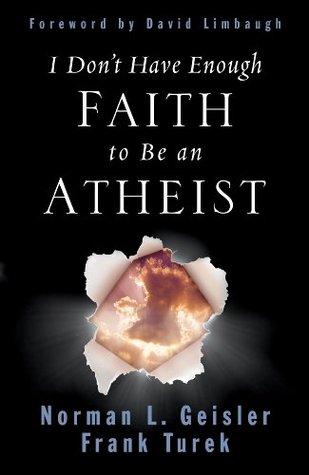 If you’re looking for a one-stop-shop for apologetics, this is it. “I Don’t Have Enough Faith To Be An Atheist” surveys all of the various reasons why atheism is false and why Christianity is true. Frank Turek and Norman Geisler talk about The Cosmological Argument, The Fine-Tuning Argument, The Origin Of Life, The Existence Of The Moral Law, the historicity of Jesus’ resurrection, and so much more. This book is packed with good arguments and evidence for the Christian faith. After reading it, you will find that it takes more faith to be an atheist than it does to be a Christian.

Of course, by “Faith”, the authors aren’t using the biblical definition of the term. They’re using the definition pushed by atheists themselves; which is “belief without reasons” or “belief in the face of reasons”. You need a lot of faith (of this definition) to be an atheist, and this book will show you why.

3: “Who Is Agent X?: Proving That Science and Logic Show It Is More Rational To Believe That God Exists” by Neil Mammen 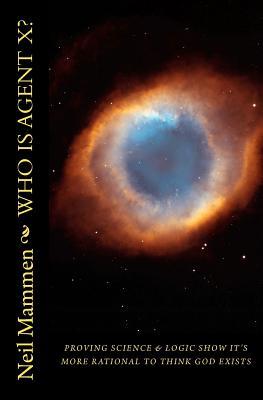 Of all the books dealing exclusively with The Cosmological and Fine-Tuning Arguments, this is one of my all-time favorites. Neil Mammen shows with precision, skill, and LOTS of wit, that it is extremely more rational to affirm that there is a Creator God than to affirm that there isn’t one. Mammen has an appendix dedicated entirely to objections he’s received to the arguments over the years, and he shows how none of them succeed in knocking down the arguments for a non-spatial, non-temporal, immaterial, powerful, intelligent, non-mechanistic Agent (or, God).

Moreover, it is an easy read. You don’t have to be a genius to grasp the content of this book. It’s free of technical jargon that often bogs down the average Joe. That makes it great for laypeople, and for people who are just getting started in training themselves to be Apologists for Christianity. So, buy this book. Buy it for your skeptical friends, buy it for yourself to train yourself to obey 1 Peter 3:15, buy it for someone who’s struggling with doubt.

4: “The Reason For God: Belief In An Age Of Skepticism” by Timothy Keller 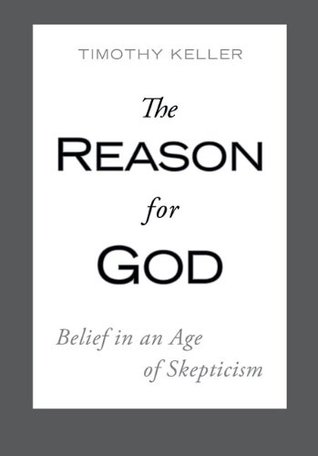 My only criticism is that Keller spends a very small amount of time on each of the subjects he addresses. I would have preferred it if he had gone a little more in-depth on though I suppose Keller meant for this to be an introductory level work of apologetics to people (both believers and non-believers) who have never been exposed to the Cosmological or Fine-Tuning arguments or to the argument for the historicity of Jesus’ resurrection. Despite being brief in each subject, I do think he gives satisfactory treatments of the subjects on which he writes. In other words, although more could be said, I think that for the average reader, and especially one with no background in philosophy, apologetics, theology, or science, Keller has said enough.

I think one of the really edifying points in Keller’s book is his philosophical treatment of “sin”, which is so much deeper than simply “breaking God’s rules”, and shows just why God takes sin so seriously. And I’m glad that the epilogue of Keller’s book invites the reader, if he isn’t a believer, to accept Christ as his Savior and Lord if he’s become convinced by that point. I have done the same in my book “The Case For The One True God” because I believe it’s important not to leave the now-convinced-believer hanging. One can assent to Christianity’s truth, but only by submitting to Christ is one saved (James 2:19, cf. Revelation 20:10).

I can certainly see why his fellow apologists have dubbed him “The Skeptic’s Pastor”. 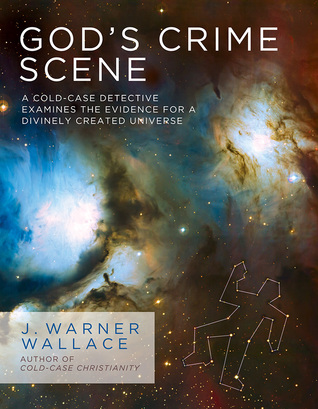 I would recommend this book to anyone either interested to know why they should be theists or for Christians who want to learn to give reasons for the hope within (1 Peter 3:15).

One complaint I have with the book is that its contents are split up into a “Primary Investigation” and “Secondary Investigation” section. In the chapters in which he deals with the aforementioned arguments, he addresses various responses atheists give, but he only gives brief responses to the atheistic responses. To get Wallace’s more in-depth rebuttals, you have to turn to the “Secondary Investigation” section, which is a location near the end of the book. This isn’t TOO bad, as he tells you in the main body of work which specific page you need to turn to in order to get these more in-depth rebuttals. And at the end of the section in the Secondary Investigation chapter, he tells you which you page you were on prior to flipping over to the Secondary Investigation chapter. So, it’s not like you have to do a lot of page-flipping to find his more in-depth rebuttals. It’s just a little inconvenient to have to flip back and forth between two halves of the book. It slows down the reading process a bit. To avoid this inconvenience, I suggest getting this book in e-book form. In the e-book form, you can simply click on the links and you’ll be where you want to be in an instant.

Other than that mild criticism, I think it’s an excellent book.

I hope you get one of these or all of these. I pray you benefit from these books. God bless you.