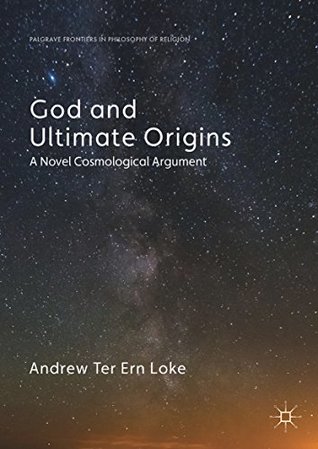 This is probably the best book on the Cosmological Argument that I have read in a long time. It’s a scholarly book, so it is a bit technical, but it isn’t TOO technical. Andrew Loke starts the book with epistemological issues such as whether it’s even possible to come to an answer regarding ultimate origins, and whether philosophy should play any role or whether the task should be left solely to science. He shows how people who say either that only science can determine truth or that science is the best way of knowing truth are wrong. In the first case, strong scientism (as this view is called) is logically self refuting, for the claim “only science can tell us what’s true” cannot be verified by any scientific principles. It’s a philosophical statement. Therefore, if it’s true that only science can tell us what is true, then one cannot know whether it is true that science can only tell us what is true. In the case of people who admit that philosophy and theology are other ways of knowing things, but who insist nevertheless that science is the BEST way, Andrew Loke says that in some cases, this is correct. However, which way of learning the truth really depends on exactly what it is you’re trying to know. Are you trying to know how energy works? Are you trying to learn how to build a computer? Are you trying to learn how to cure cancer? Then science IS the best way. Philosophy will get you nowhere here. However, if you’re trying to answer questions such as whether a shapeless cube can exist, or whether it is metaphysically possible that a beginningless series of events can exist, then you’d best go to philosophy. Moreover, Loke shows how even the principles undergirding the scientific method are derived from philosophical reasoning. As Frank Turek has said, “Science is a slave to philosophy.” He addresses some other issues in the first chapter as well.

Loke goes on to defend the arguments for the beginning of the universe on the basis of the two arguments against actual infinites; i.e the argument that an actually infinite number of things cannot exist, and the argument that you cannot traverse an actually infinite number of things. Moreover, he deals with objections to these arguments from some of the most top notch atheist philosophers writing today such as Stephen Peryear, Graham Oppey, Quenten Smith, Rudolph Grunbaum, et. al. He also looks at scientific evidence for the beginning of the universe (e.g The Big Bang), but he doesn’t make this the sole focus of his book, because Loke’s task is to show that through metaphysical argumentation alone, you can show that the universe had a beginning and ergo a First Cause.

As advertised, Andrew Loke’s argument is a blend of the Kalam and Thomistic Version of the argument, and Loke even has his own syllogism. He makes the case that you don’t NEED the arguments against the actual infinites for the argument to go through (because he utilizes another argument), but if the arguments against infinites are sound, they do the trick just as much as his Thomistic argumentation does in supporting the premise (which is premise 3, I think, in the syllogism below). The syllogism for Andrew Loke’s cosmological argument is as follows:

1: There exist entities that: (i) are members of a causal series; and (ii) begin to exist.

2: Everything that begins to exist has a cause.

3: If there is an entity that: (i) is a member of a causal series; and (ii) begins to exist, then there is an uncaused entity X.

5: If X is uncaused and beginningless, nothing exists prior to it, and therefore it is a First Cause.

Even if you still continue to use the classic Kalam Cosmological Argument (as I do), the material that Loke presents is invaluable. After all, his argument does have a lot of the Kalam’s “DNA” so to speak. So even if you want to just use the Craigian version, what you’ll learn in this book will be helpful. You’ll become an even stronger defender even of the Craigian-Ghazali version of the Kalam Cosmological Argument.

Loke presents some ways in which you can defend the arguments for a beginning of the universe, and the argument that those arguments can succeed regardless of whether the A theory or the B theory of time succeeds. Wait, let me rephrase that. In chapter 5 of Loke’s book, which is the chapter that Loke defends the premise that everything that begins to exist has a cause, Loke says that unlike William Lane Craig’s version of the cosmological argument, his version does not require the A theory of time in order to be valid. It can work on either in A theory or a B theory of time. So, if the universe began to exist, and everything that begins to exist requires a cause, it needs a cause, a God-Like cause. No matter what theory of time you may think is true. I really really like this. As Loke himself says, having to defend the A Theory of time is no easy task. For me personally, any way I can defend my conclusions without having to do extra work is quite welcome. Maybe that’s one reason why I’m a fan of The Minimal Facts argument for Jesus’ resurrection over the New Testament Reliability Approach. I like being able to concede things and still be able to make my case. I won’t unpack his reasoning here. Get the book to find out for yourself how he pulls this off!

If you have reservations about the full blown ontology of God known as Thomism, don’t worry about it. When I first got this book, I was afraid that I might not be able to agree with Loke because I reject full blown Thomism. I have issues with things like divine impassibility and the idea that “God has no potential. He’s pure actuality.” and “God is identical to his attributes”. None of that comes into play in Loke’s defense of his argument. The only thing Thomistic about the argument is that the way he defends premise 3 is that he utilizes Thomas Aquinas’ insights about causation.

Regarding alternative cosmologies that try to avert the absolute beginning of physical reality, Loke deals with this in pretty much the way I do in my blog post on CerebralFaith.net titled “Eternal Universe Models: Going For The Philosophical Jugular”. He shows that whatever scientific or mathematical support they may have in their favor or whatever scientific problems they may have, ultimately they need to be discarded because they are metaphysically impossible. They do not succeed at avoiding the problems of actual infinites, and his Thomistic argument that shows that an infinite causal chain is causally impotent because the causal powers of any step is zero unless acted upon by a prior cause. But in an infinite chain, there is no initial cause, so nothing could ever happen because no step is ever acted upon and therefore has a causal capacity of zero. So given any change in reality whatsoever there must be a first uncaused cause. Something may be mathematically possible in the mathematical realm, but still be metaphysically impossible. For example, the quadratic equation’s answer may be either “-2” or “2” but no possible answer to “How many people carried the computer home” could be “-2 People”. Negative 2 entities have zero causal powers. Thus, metaphysical considerations carry heavier weight than mathematical ones.

I think this is a great book.