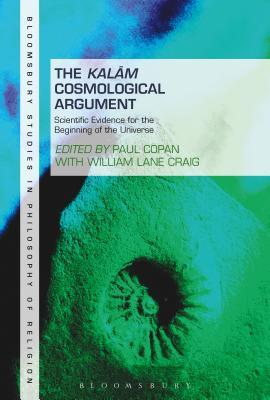 “The Kalam Cosmological Argument, Volume 2: Scientific Evidence For The Beginning Of The Universe” is just as good as the first volume in this series. Both of these books are collections of a variety of essays from both theists and atheists, proponents of The Kalam Cosmological Argument and detractors.
Most of the praise I gave to the first volume in this series would go to the second volume as well. I like the back and forth between the writers who disagree with each other. I like that it sort of reads like a debate book, or a “Two Views” book. And I also like that this is a scholarly level work. I actually care about what atheist and theists astrophysicists and astronomers have to say about the scientific evidence for the beginning of the universe. In fact, I care about what the philosophers have to say against the Kalam argument in general. Their objections, though not successful in my assessment, are better informed and more well thought out than the kind of silly objections you hear from atheist YouTubers, Redditers, and memers.
That said, the thing that makes this book so worth the read is also a reason why reading this volume in particular was a chore. It is so complicated, so full of scholar babble, that I had to harness all of my intellectual prowess just to follow along with 85% of what I was reading. It wasn’t incomprehensible to me. If it was, I would have given up reading it entirely. It was comprehensible, but I had to really work at it. In retrospect, I should have turned the TTS off (Alexa’s reading speed cannot be controlled) and just read very slowly. I do plan on returning to both of these volumes again soon, so perhaps taking it more slowly is what I’ll do.
All of this is to say that if you do not have any pre-existing knowledge of big bang cosmology or astrophysics in general, do not read this book. You’ll need to read and listen to popular treatments on this before you even approach being ready to go through this material.
You don’t send a 1st grader to college. Master the beginner level material first (e.g “On Guard” by William Lane Craig, and Lee Strobel’s interview with Dr. Craig in “The Case For A Creator”, and Neil deGrasse Tyson’s “Astrophysics For People In A Hurry”), then move to the more intermediate level stuff (e.g Hugh Ross’ “The Creator and The Cosmos”, William Lane Craig’s “Reasonable Faith”,) before you move on to this really advanced stuff.
There’s nothing wrong with scholars writing for other scholars, but I think it’s important to know that the authors don’t have you, the average person, in mind. These books are not cheap, and I’d hate for someone to spend that much money on material that will sound like complete gibberish. Fortunately, that wasn’t me. I was just barely educated enough (or smart enough?) to follow along, but man it was a headache.
I would recommend this book to you on the condition that you’re at least as well read on this subject as I am, but it would probably be better if you have a degree in astrophysics!
My Rating For This Book
 5/5
Liked it? Take a second to support Evan Minton on Patreon!