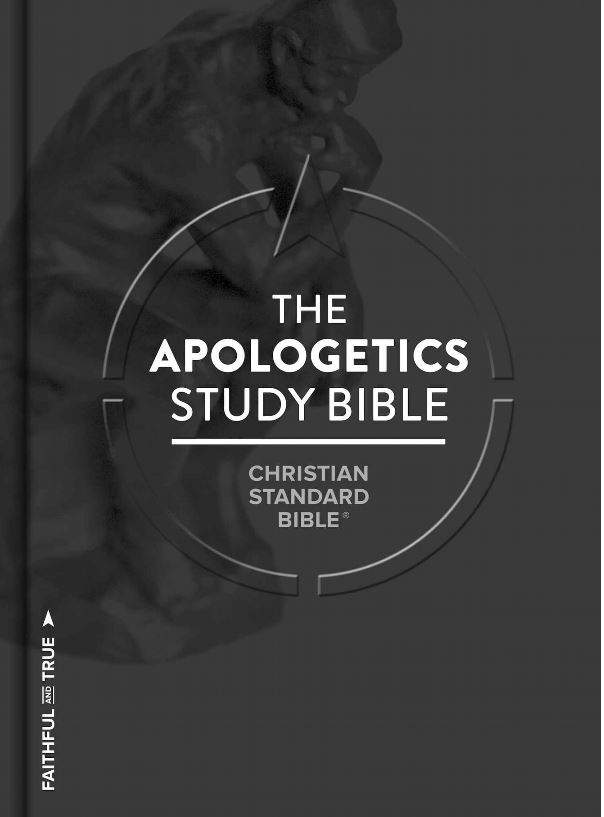 The Apologetics Study Bible, as the name would suggest, is a study bible. And also, as the name would suggest, it is aimed at informing its readers how to defend the truth of Christianity from “the intellectual attacks of the heathens” to use C.S Lewis’ words. This Bible is filled with articles written by such famous Christian Apologists as William Lane Craig, Lee Strobel, Ravi Zacharias, Paul Copan, Ron Rhodes, J.P Moreland, Sean McDowell, Tim McGrew, and many others. The very first article was written by Lee Strobel, who, as those who read the introduction to my book The Case For The One True God: A Scientific, Philosophical, and Historical Case For The God Of Christianity know, was the apologist God used to save me from agnosticism back in 2010. In this short article, Lee Strobel briefly tells his story of how God converted him through the historical evidence for Jesus’ resurrection and for the historical reliability of the New Testament, as well as theistic arguments such as The Kalam Cosmological Argument. Strobel read books and articles by both Christians and Atheists for two years and at the end of it, concluded that Christianity is true beyond a reasonable doubt, and said that it would take more faith for him to continue to be an atheist than for him to become a Christian!

William Lane Craig also has some good articles in this study bible such as “What About Those Who Have Never Heard Of Christ” and “Did Jesus Really Rise From The Dead?” In the former, Craig responds to those who think that God unfairly sends millions of people to Hell before they even had a chance to hear the gospel, much less reject it. Craig argues that God has given revelation of His existence in nature and conscience as scripture says in Psalm 19:1-4, Romans 1:20, and Romans 2:14-15. Therefore, people can know both that God exists, that certain things are right and wrong, and that we are sinners in need of forgiveness without ever opening a Bible or hearing a preacher. One can throw themselves upon the mercy of “the unknown God” and say “God, I don’t know who you are or what you want from me. But I know I’ve done wrong. I know I’m not as good as I ought to be. Have mercy on me.” And God will let that person into Heaven. This isn’t to say people are saved outside of the work of Christ, but that they can be saved through the work of Christ, yet without conscious knowledge of Christ. Of course, The Bible in various places (e.g Romans 10:14) gives us reason to believe that not many people will be saved through general revelation alone. So, what do we say about people who, although they reject God’s natural revelation, would have responded to special revelation (the gospel) if they had heard it? Craig suggests that God, being omniscient, knows that if Person X would freely choose to receive Christ if he had a chance to hear the gospel, then God providentially orders the world in such a way so that person X finds himself in a situation where he does hear the gospel and is therefore saved. God wants no one to perish, but for all people to come to repentance (2 Peter 3:9, 1 Timothy 2:4), so Craig says that given God’s goodness and love, and given that God knows how every free creature would freely choose in any given circumstance, then we can be reasonably certain that there are no such people who die unevangelized, rejecting God’s general revelation, but would have been saved if only they had gotten a chance to hear the gospel.

I also really liked Tim McGrew’s article “Is There Evidence For Undesigned Coincidences Supporting Biblical Truth?” His wife wrote a fantastic book on this subject called Hidden In Plain View that I recommend. Basically, the Undesigned Coincidence Argument argues that the gospels are historical, factual records of what happened during Jesus’ 3-year ministry, His death, and His resurrection because of interlocking questions and answers that each of the gospels raises and answers between themselves. Matthew might report something odd that raises a question, and then in another gospel, you have the answer to that question, sometimes not even in the same context.

For example, Luke 23:1-4 contains some puzzling events. The Jews seize Jesus and carry him off to Pilate; they tell Pilate that Jesus claimed to be a king, which would have been treason in Roman ears. Pilate asks Jesus, “Are you a king?”, and Jesus confirms it. Pilate then declares Jesus innocent. Wait, what? He’s not guilty? Isn’t it treasonous to claim to be a king? What was Pilate thinking? Well, John’s account tells us why did Pilate found no fault with Jesus.

In John 18:36, Jesus says to Pilate: “My kingdom is not of this world. If My kingdom were of this world, My servants would fight, so that I should not be delivered to the Jews; but now My kingdom is not from here.” It is therefore easy to see why Pilate finds no fault: Jesus claims to be king of another world. We can imagine that Pilate might be confused at what that would mean, but Pilate would have seen Jesus as a harmless religious kook who isn’t a threat to Roman rule.

Moreover, in the scene from Luke, we read about the accusation against Jesus, but John does not mention it, leaving the question: why does Pilate ask whether Jesus is a king of the Jews? But Luke supplies the answer: an accusation was made and Pilate was right to inquire about it. Luke explains John, just as John explains Luke. There are many examples like these that build a cumulative case for the eyewitness nature of the gospel accounts. Contrived narratives simply don’t work like this.

Aside from these and other good articles, The Apologetics Study Bible has footnotes that correspond with various biblical passages that skeptics have used as ammunition to discredit The Bible, or that cultists have used to support their heresies, or just raised puzzling questions in the minds of readers. For example, Exodus 4:21 has a corresponding footnote explaining the hardening of Pharoah’s heart. Exodus 4:21 says “The Lord instructed Moses, ‘when you go back to Egypt, make sure you do before Pharaoh all the wonders that I have put within your power. But I will harden his heart so that he won’t let the people go.” The corresponding footnote says;

“The Bible teaches that human beings are free to make choices (Gn 2: 19; 4: 7; Ezk 18: 2-32). God is good (Ps 25: 8; 34: 8; 100: 5) and always acts consistently with his nature. Yet people can choose to rebel against God’s goodness, and consistent rebellion can lead to their hearts being “harden[ ed].” As the saying goes, “The same sun that melts butter also hardens clay.” Egyptian pharaohs believed they were divine, and Pharaoh would never have been inclined to submit to the Israelites’ God. Each time God placed a demand on him, he became more determined to resist. Thus it was both God’s demands and Pharaoh’s own pride-motivated stubbornness (Ex 8: 15,32; 9: 34) that led to his hardened heart. God would use Pharaoh’s stubbornness for a good end, to demonstrate his power and extend his reputation (9:16).”

Overall, I think this is an excellent study Bible and anyone looking to learn how to better learn to defend God’s Word should get this study Bible. It is available in Hardcover and Kindle.

The back of the study Bible has a couple of pages highlighting important archeological finds verifying historical facts in both the Old and New Testaments. For example, on The New Testament page, it lists The Pilate Stone Inscription which was discovered in 1961 in Caesaria Maritima which confirms the existence and office of Pontius Pilate. Of course, Pilate’s existence and office are also corroborating by the writings of Josephus and Tacitus, but this is just another piece of evidence. It also lists The Caiaphas Ossuary which was discovered in 1990 near Jerusalem which confirms the existence of the high priest Caiaphas. Again, Caiaphas was mentioned by extra-biblical writers like Josephus, but we actually have his bones! It also lists The Pool Of Siloam, discovered in 2004 in Jerusalem. This was the site of one of Jesus’ miracles as recorded in John 9:1-11. For a long time, scholars doubted the existence of this pool until its discovery in 2004, proving The Bible right and the skeptics wrong.

BOOK REVIEW: “The Kalam Cosmological Argument, Volume 1: Philosophical Arguments for the Finitude of the Past.”