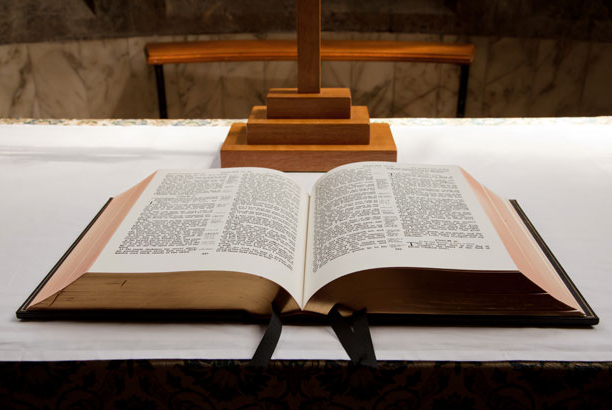 Occasionally, when explaining God’s plans for the universe or mankind, a non-Christian will respond with something like “You’re claiming to know what God thinks? Wow, isn’t that arrogant of you?” Yeah, I think we CAN know what God thinks at least to a certain extent. I believe The Bible is God’s Word and that He revealed His plans for humankind and the universe in its pages. That’s where I’m getting my information from.

Now granted, I presuppose The Bible is true when giving such explanations, but so what? If you’re going to criticize the Christian God, you’ve got to deal with the Christian book which talks about the Christian God. The reasons to believe it is divinely inspired are a different story. If you’re making arguments against God’s moral character by appealing to the doctrine of Hell or the destruction of the Canaanites why can’t I appeal to scripture? Is not the atheist appealing to scripture to make his anti-God argument? Or if you’re asking why God created a world with natural evil, you’re presupposing there is a God for the sake of the argument, so why I can’t I presuppose there is a God for the sake of the argument?

Here’s the thing; it’s not fair to expect a Christian to explain his theology to you and then criticize him for claiming to know something about God, when part of his theology is that The Bible is inspired by God and can tell us lots of things about Him. If you’re a skeptic, you obviously don’t believe it is inspired, I get it, but the fact remains that when you’re criticizing what you see as an internal inconsistency within a worldview, you’re presupposing that worldview to be true for the sake of your argument. You’re pretending it’s true in order to show that there’s a problem with the worldview. I do this all the time with atheism and objective meaning and morality. I pretend atheism is true in order to show the nihilistic implications of the worldview (I’ve done this in posts such as “The Absurdity Of Life Without God” and “The Moral Argument For God’s Existence”). Therefore, it’s only natural for me to use The Bible to show you that there is no inconsistency after all. It’s only natural for me to use The Bible to show that the Christian worldview is internally coherent.

I find it a little annoying when unbelievers ask things like “If God is good and all loving, why is there so much suffering?” and when I start giving my explanations, for them to turn around and smugly say “Wow, so you know what God is thinking?” or “You can’t know what an infinite being is thinking.” Or “You appear to claim you know what the designer’s purpose is. Claiming knowledge of the Almighty’s mind. Seems like grandiose arrogance.” You can’t do that. I’m getting most of my information from The Bible, which is a book that claims to be a revelation from God about God. You also can’t make an argument against God which assumes the Christian worldview is true, and then criticize me for making a counter argument which also assumes the Christian worldview is true. I’d like to think that most atheists are simply unaware of the inconsistencies in their debate tactics rather than purposefully rigging the game to where it’s “Heads I win, tails you lose”.

In conclusion, if you’re an atheist we’re debating some theodical topic like the problem of evil and suffering, the doctrine of Hell, or some disteleological argument like appeals to natural evil (e.g hurricanes), don’t criticize me for claiming to know what some of God’s intentions for humanity are. On the Christian worldview, we believe we can know much about God and His intentions from what He’s revealed in His word.

Is Christianity A Belief That’s Harmful To Society?