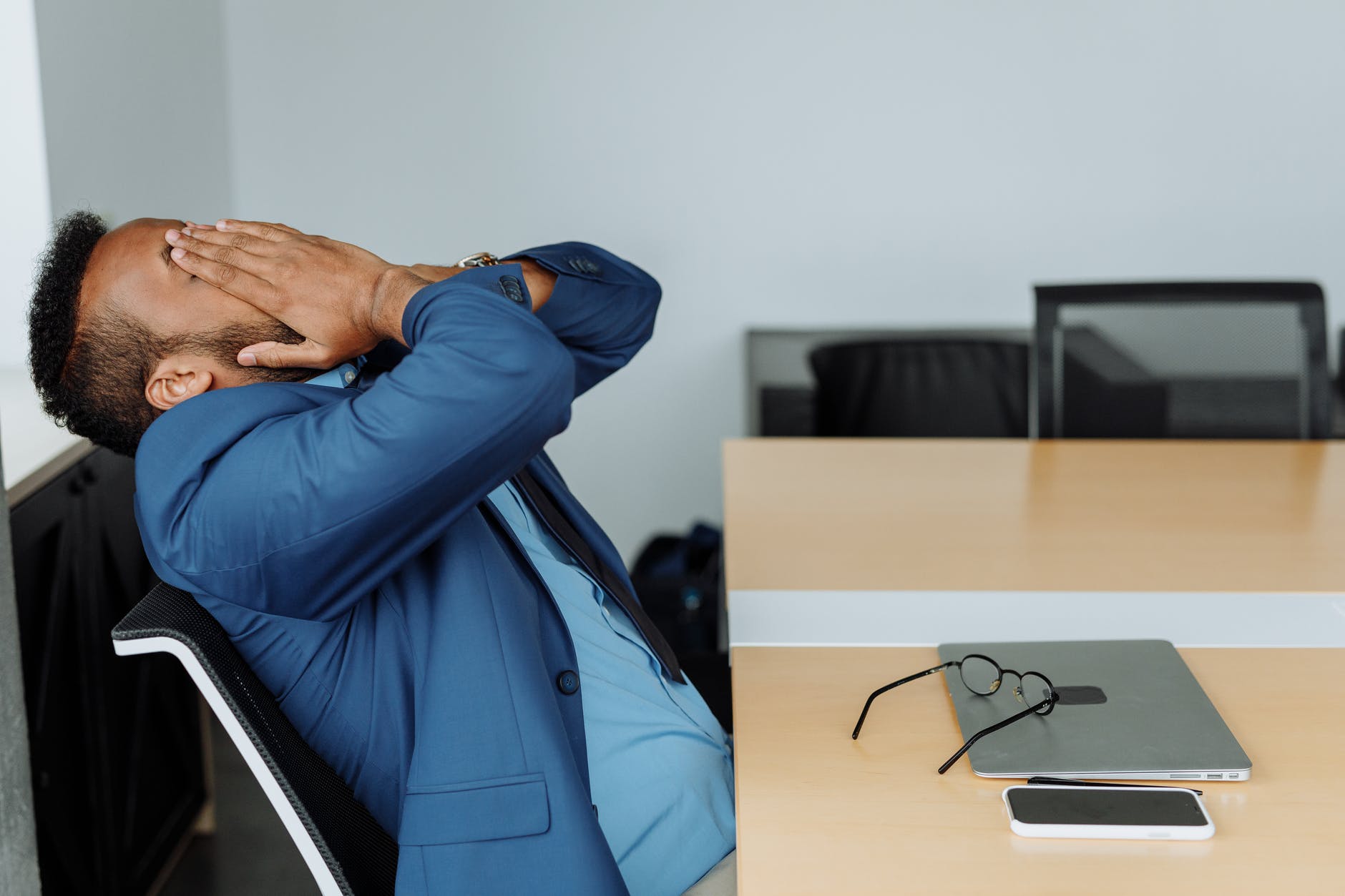 Photo by Thirdman on Pexels.com

Cerebral Faith has become very, very, very involved. I’m always trying to think of ways to put out good content on three different formats without working myself to death. Running a blog, a podcast, and a YouTube channel has become almost like a full time job, which is bad because it isn’t a full time job. I get paid in what I call “Patreon Peanuts” to make this stuff. I work second shift at Dollar General. Something must change; Cerebral Faith must be less demanding on me so I can (1) have a life outside of it, and (2) Not burnout and be MIA for 7 months like what happened before.

So here’s what I’m thinking of doing. Outside of blogging, I’m going to use Cerebral Faith Live as the hub for all the various forms of consumable content; video uploads, live streams, and the audio podcast.

I want short videos in addition to the live streamed presentations and interviews because I know that not everyone is keen on sitting down and watching a one hour web show. Some people who are really into apologetics and theology certainly will, but some won’t, and I want to reach as broad of an audience as I can. Unfortunately, I’ve come to find that I really do hate making videos. By this, I mean making those Inspiring Philosophy-esque videos with lots of stock pictures, stock videos, Bible movie clips, text effects, and the whole 9 yards. I made about 40 of these (I’m guessing) over the course of my time as a YouTuber, and….it’s just not for me. It takes way too long for me to make a 15-20 minute video talking about one issue. My last edited upload “5 Ways To Keep Yourself From Ministry Burnout” was 29 minutes long (about 15 minutes longer than I had planned) and even though I had adopted a more minimal approach to the visuals, it still took me 4 days to complete. It would have taken 2 if I had edited in the morning AND afternoon across 2 days. It took roughly 16 hours to complete.

So here’s what I’m thinking of doing; To make shorter videos, I will just make Cerebral Faith Live as usual and then later, take little snippets of the streams to upload as short videos. Then at the end of each of these Cerebral Faith Live snippet videos, there will be a prompt to “Click here to watch the full presentation”. So let’s say someone doesn’t want to watch part 3 of my Hell series in which I respond to multiple different arguments in favor of the eternal torment view of Hell. “Evan, I JUST want to know what you think about Revelation 14! I don’t care about all these other objections”. Well, there will be a snippet video of that. “Evan, how do you respond to those who say annihilation is not severe enough of a punishment?” Well, rather than watch the whole talk, there will be a little snippet video of that.

I love streaming. Those PowerPoint presentations I do on the channel, the guests I have on to interview (like William Lane Craig!), those are great. But those Inspiring Philosophy esque videos are a time consuming chore. 20 hours of editing for a 15 minute message? It’s just not for me. But that doesn’t mean YouTubing isn’t! If I do 1 hour streams, and then upload little snippets for people who might not want to watch the whole 1 hour program, I think that will go over well. The longer streams will still be available for those who want to take the time to watch them, but there will also be shorter videos for those who just want certain issues addressed. And again, at the end of every snippet, there will be a call to action screen prompting the viewer to watch the longer video the exerpt was from if they so wish.

It would be like Michael Heiser’s MIQLAT videos on his channel (see here, here, and here, for examples), and how they’re just snippets of talks he has given at the Awakening School Of Theology. Heiser doesn’t just show up and talk for 5 minutes and then leave. These are clearly excerpts of much longer lectures.

While I personally may love and prefer lots of visuals and aesthetics and while I said at the beginning I didn’t want the videos to just be me sitting in a chair talking, at the end of the day, I wonder how much my audience really cares about that? Most likely they show up to hear what I have to say, not to see documentary-like visuals (as nice as those are). It takes me far less time to put together a Google Slide and give a live streamed talk than it does to make these MUCH SHORTER edited videos and then upload them. And it will surely take less time for me to isolate bits of the streams in Wondershare Filmora and upload them as bite sized pieces of a larger meal than to make an edited video de novo.

What I’ll do with the Podcast is what I’ve already been doing since the latter half of season 1 of Cerebral Faith Live; that is, use the audio from the stream and upload it to the audio podcast.

If this pans out, I’ll be able to start blogging again. I miss blogging. To be honest, I don’t like editing videos. And if I hate doing it, that’s bound to make burnout occur much faster. I much prefer writing. A writer is what I am. Whether it be blog posts, essays, or books, writing is just so much better. It’s just so much easier and more enjoyable to write a 2-3 page article saying what I think about X than to edit a 15 minute video to say what I think about X.

For the past year, I’ve wanted to distance myself from this blog because I didn’t think people really read blogs anymore, but after reading an article titled “Do People Still Read Blogs? (Is Blogging Finally Dead in 2022)?” and after getting some comments from people exhorting me to continue to blog after I shared this post to the Cerebral Faith Facebook page, I think I will start blogging again. I miss it anyway.

Cerebral Faith is only run by one person; Evan Minton. No one else. I’ll have to see just how much my burdens are lifted by making my webshow, podcast, and short videos all from one source (Cerebral Faith Live). If the lessened burdened is significant enough, I may be able to engage in writing projects again.

When Can We Expect To See CFL Snippets On The Channel?

It’ll take a while before I start uploading CFL Snippets. I’m currently rewatching all of my live streams in order to pin point start and end points (time stamps) within entire CFL episodes to exerpt. I’m writing down the time stamps in a Google Doc. I currently finished watching all of my Genesis 1-11 presentations and I will begin watching the Deity Of Christ series next. Although I’m rewatching them in chronological order, I don’t plan on uploading the excerpts that way. I’ll probably upload excerpts from the Sermon On The Mount first [because a certain long time follower of Cerebral Faith is waiting on it] and then upload random exerpts in no particular order after that.

Since Cerebral Faith Live is a seasonal show (beginning at the beginning of summer and ending in the fall), I expect the winter and spring to be freed up to do other things like research, writing projects, and watching other Apologist YouTubers. On the channel, snippets will be uploaded once a week.

I’m hoping to both grow the channel exponentially with this (in addition to making good thumbnails) and grow my audience. And I’m hoping at least some who watch the snippets will subsequently watch the entire web show episodes as well. Sometimes it takes a small sample to get someone to eat the full course.

Right now, I’m just trying to find a way to produce different kinds of content for different kinds of audiences that isn’t the extremely heavy burden that was partially responsible for my burnout last year. I think I’ve found it, and if my predictions are correct, I’ll be busy in the summer, but not have that much of a load in the fall, winter, and early spring.

I expect to start weekly uploading Snippets around September.

My Experience At “Truth For A New Generation 2015”