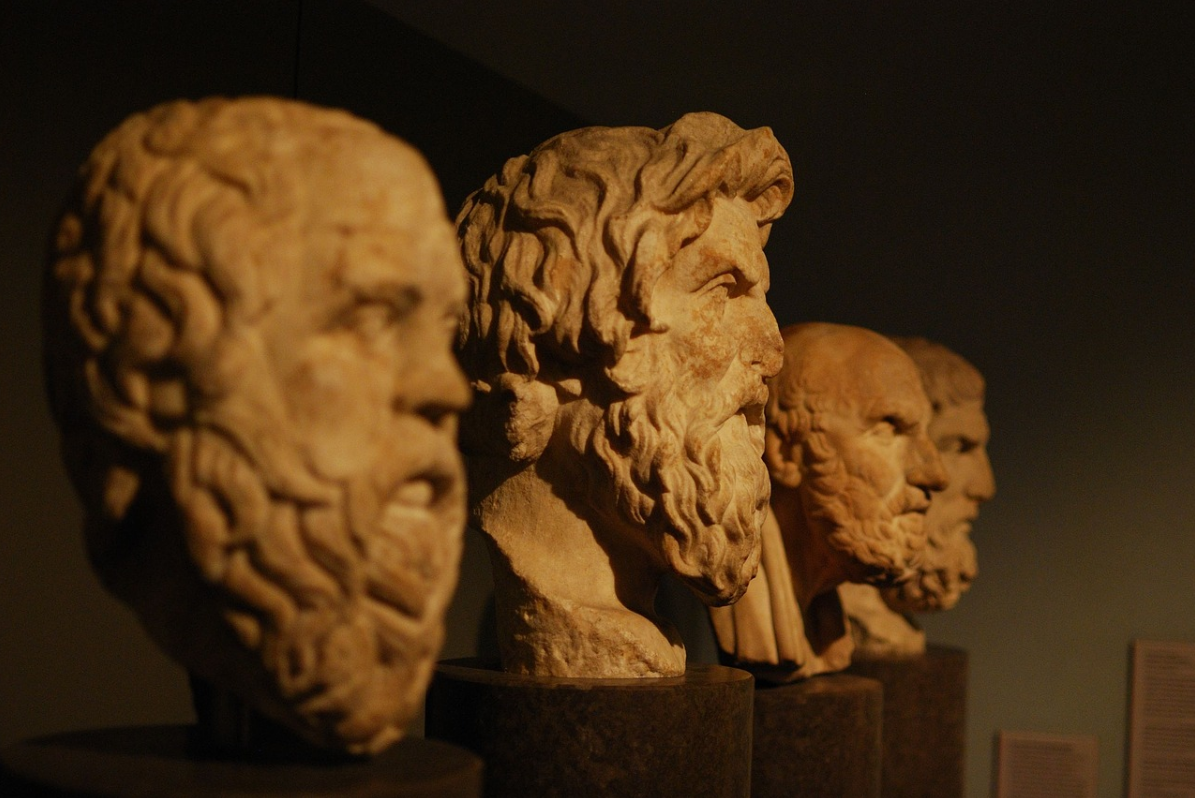 The truth is that philosophy undergirds all other academic disciplines. It is the bedrock upon which science, theology, law, and so on are built. Theology and science are both first-order disciplines. What do I mean by that? I simply mean some discipline that cannot justify its own presuppositions. Philosophy is a Second-Order Discipline. A second-order discipline is “A field which examines the presuppositions of another field (e.g. philosophy examining biology; even philosophy examining itself) Sociology of Knowledge…”1

People who think philosophy is unimportant or worse, should be avoided altogether, tend to be very very sloppy thinkers, and that’s not a coincidence. When you try to do a first order discipline without the second order discipline, you’re bound to get skewed results. Your bound to come to false conclusions and make lousy arguments for your position. Recently, I had a back and forth blog debate with Ed Dingess of ReformedReasons.com.

If you haven’t been following this written debate, you can read the articles in this order, though it’s not necessary to read them before continuing this article:

1: “A Maximally Great Argument For Arminianism” by Evan Minton

2: “The Maximally Great Argument For Arminianism Refuted” by Ed Dingess

3: “Ed Dingess Responds To The Maximally Great Argument For Calvinism” by Evan Minton

5: “The Maximally Great Argument Against Calvinism: Responding To Ed Dingess’ Follow Up Response” by Evan Minton

The Rules Of Biblical Interpretation Are Philosophical, Not Biblical

I considered Dingess’ responses to my arguments to be very very weak, pathetic even. And I think part of his reason that he couldn’t come up with formidable objections to The Maximally Great Argument for Calvinism is how little a view of philosophy he has. When I confronted him about his low view of philosophy, he told me that he doesn’t have a low view of philosophy, he just hates it when people elevate it above its proper place. He then told me what the so-called “Christian order” is:

The fact that he puts philosophy at the bottom of the list proved my point. He’s not alone in this, many many theologians, pastors, and even lay Christians have this low view of philosophy, and it’s no wonder to me why they are terrible at it. As William Lane Craig once put it, “The man who claims to have no need [author’s note: or little need] of philosophy is most likely to be deceived by it.”2  Moreover, Does he or other like-minded theologians not realize that hermeneutics itself involves philosophy? Hermeneutics is the philosophy of biblical interpretation. The rules of hermeneutics aren’t given to us in The Bible itself. You won’t find one ancient manuscript with a section on how to interpret the document. They don’t exist. They only exist in modern-day Study Bibles at most. The principles of biblical hermeneutics aren’t God-breathed. They’re not in The Bible itself. Genesis doesn’t open up with “Before you read this book, let me explain to you the rules of hermeneutics so you can get at what I’m saying.” They are extra-biblical rules, which I agree with, that came about as a result of theologians as far back as the church fathers reflecting and thinking logically on how best to get at the biblical authors’ intent. There are philosophical arguments for why one ought to do things like interpret a bible verse in light of its immediate context (the chapters proceeding and preceding it), in its cultural context, to interpret unclear verses in light of clear verses, etc. There are extra-biblical arguments that justify these extra-biblical rules to interpret what’s in the biblical text. Philosophy is a second-order discipline undergirding hermeneutics and exegesis as much as scientific methods. In fact, you’re doing philosophy in arguing that philosophy is less important than hermeneutics, thus this position is self-refuting.

So when someone says “Exegesis is more important than philosophy”, I am tempted to respond with “That’s a nice philosophy you have there. It’s a shame it’s self referentially incoherent.”

The correct order would be

In his defense, he almost had the order right. He just should have put philosophy at the top instead of the bottom.

How Philosophy Aids In Theology

In one of Doctor William Lane Craig’s YouTube videos on the Reasonable Faith YouTube channel, Craig responded to the question “As a theology student, how can I use my philosophy to aid my theology?” and Craig said this:

“One of the most important tools of philosophy is conceptual analysis. To help you understand Concepts and make distinctions that are important we’re doing good deal logical work. Another way would be in clarifying logical implications. Contemporary analytic philosophy prices itself on Clarity of definitions and then logical implications using the rules of logic to draw out the implications of what you affirm. Philosophy is also very very useful in rooting out the unspoken presuppositions or assumptions of a view but often the proponents of the view are completely unaware of. So in all of those ways, I think philosophy serves greatly the task of theology. In fact, a student was here speaking to me before tonight, saying ‘ should I study theology at such-and-such a seminary’ and I said ‘ no, I wouldn’t. Because they don’t have a strong philosophical Department there.’ And that surprised him. And I said ‘ I don’t think you can do good Systematic Theology without a strong philosophical component.’

Doctrines like the trinity, the two Natures of Christ, and so forth, are philosophically imbued. They are rooted in philosophical reflections of the church fathers. In topics like personhood and Nature’s and so cannot be grasped apart from understanding of philosophical concept.”3

If you read any of the church fathers on the doctrine of The Trinity or the two natures of Christ, you will find that they get very philosophical very quickly. It’s unavoidable. Yes, the Trinity as a doctrine is arrived at through biblical passages that teach things such as (1) There is only 1 God, (2) The Father is God, (3) The Son is God, (4) The Holy Spirit is God, and (5) ThE father, Son, and Holy Spirit are not the same person, but how do you understand what it means to be a “person”? How do you understand what it means to have a “divine essence”? What is an essence? Does God have an essence, divine or otherwise? Do humans have an essence or essences? What is it and who has it? And can more than one person share the same instantiation of essence? Do you think you’re going to find answers to these questions in the pages of your Bible? No. You won’t. You will find them in philosophical treatments of The Doctrine of the Trinity such as “Philosophical Foundations For A Christian Worldview” which I highly recommend, or the church fathers.

As a Molinist, I can definitely say that philosophy has helped me answer the question of God can be sovereign over all things, and yet human beings can be free agents who are morally culpable as they do. Calvinists often object that my view is just “putting philosophy as a grid over scripture”, but for one thing, all Christians will philosophically reason about this subject and come to views not explicitly taught in scripture. Have you ever heard of supralapsarianism? How about infralapsarianism? Compatibilism? Do you think these aren’t philosophical systems trying to explain God’s sovereignty alongside human agency? They’re certainly nowhere to be found in the biblical text. A supralapsarian, infralapsarian, or compatibilist might say they find biblical support for their view, but I say the exact same thing about Molinism. There is no passage or even a collection of passages that teach these systems. These systems are attempts to systematize the biblical data. They are all attempts to infer to the best explanation. “Here’s what the Bible says about God’s sovereignty. Here’s what The Bible says about human responsibility and agency. Let’s see how we can explain these biblical facts in the most logical and coherent way possible without doing violence to the text.”  So it’s clear to me that what we have here is a Calvinistic pot calling the Molinist kettle black. Even the position of Open Theism cannot help but employ philosophy in its systematic. For example, they have to philosophically define omniscience and try to explain how their view (that God has no foreknowledge) doesn’t undermine this essential attribute of God.

I myself find these other views abject failures, and for readers interested in knowing why, I recommend checking out my papers “The Case For Mere Molinism” and “The Soteriological Case For Molinism” for the most in-depth treatments. You can also browse the “Molinism” category page for all of the blog posts I’ve written on this subject so far.

All theologians, especially systematic theologians, are part-time philosophers whether they realize it or not. The ones that don’t realize it tend to be very poor thinkers as opposed to the ones who do. Much more could be said about this topic. For example, I could address Colossians 2:8 which is taken by many Christians to be a verse condemning the study and practice of philosophy, but I don’t want to make this blog post longer than it needs to be, and besides, I’ve already addressed this in “Collossians 2:8 Does Not Condemn Philosophy”.

Q&A: Gay Genes and On What Is Unnatural