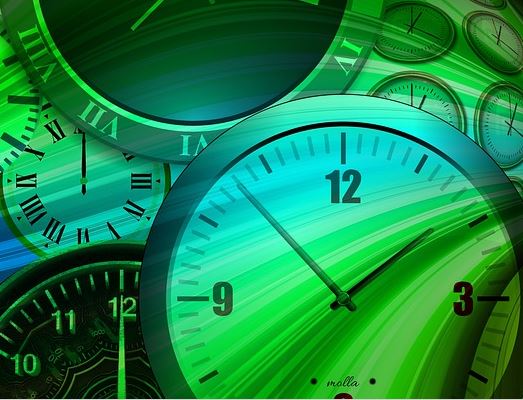 Do you have any thoughts on the (in)compatibility of Molinism and divine timelessness? In particular it seems that, given God’s free choice to self-determine his own free knowledge, this creates a change in God’s knowledge (i.e. he would go from “I can create such and such a world” to “I am creating such and such a world.) Do you see any problems between the determination of the divine decree and the transition between God’s middle and free knowledge? Or do you know if Molina comments on this directly?

Is it possible to say that the three moments of God’s knowledge are possessed by him simultaneously, and that what he knows “will” occur is more accurately put as “what he knows is occurring at time such and such”?

Just wondering your overall thoughts on these two things and their coexistence: middle knowledge and timelessness.

Thanks for your question, Chris. To clarify for the readers of this blog: divine timelessness is the view that God does not exist in time. God was timeless prior creating our universe, and God remains timeless even after He brings the universe into being. By contrast, some Christians hold to divine temporality, i.e that God was timeless prior to choosing to create our universe, but once He created the universe, He then entered into time. Chris’ question is whether Molinism is incompatible with divine timelessness. Also, for those who don’t know what Molinism is, watch this video by Dr. William Lane Craig for a brief explanation.

To answer your question Chris: I’m not sure that Molinism’s truth would pose any threat to divine timelessness.

You asked me “Do you see any problems between the
determination of the divine decree
and the transition between God’s middle and free knowledge?” The answer
to that question is “no”. I don’t see any problems here. It is entirely possible for God to have known
from eternity past what kind of feasible world He should actualize. What I
mean by that one may suppose that God wasn’t going
“Hmm…what possible world should I actualize? I know! This one!” and
then proceeded to decree our world to come into being. God may have
never not known which possible world He wanted to actualize. In
fact, if God did not always know which world He should actualize, I would
argue that He wouldn’t be perfect. He wouldn’t be a perfect being if He
had to carefully consider which of the numerous feasible worlds He
ought to actualize. An omniscient being would already know what the
right world to actualize is.

So, I think it would
be a mistake to think of God as having natural and middle knowledge,
and then after careful consideration, choosing what propositions His
free knowledge would consist of. So you ask “Is it possible to say that
the three moments of God’s knowledge are possessed by him
simultaneously?” — Yes, I do. I think it’s not only possible, but
probable.

However, this concession doesn’t help the divine timelessness adherent. I think timelessness is  untenable regardless of whether or not Molinism is true. I think even if you rejected Molinism in favor of simple foreknowledge Arminianism or divine determinism, timelessness would still not be a tenable view to hold. Why do I say that? Well, there are at least 3 reason.

1: The Incarnation Requires That God Be In A Before-And-After-Relationship

If God never entered into time, how do you explain the incarnation? God The Son was not always a man. There was once a time when God The Son was 100% deity and 0% man. Then He was conceived by the power of The Holy Spirit and born of the virgin Mary. He was before pure deity with no humanity, but when The Holy Spirit conceived Him in Mary, He then acquired a human nature, and so He became completely God and completely man.

The incarnation requires a sequence of events. Sequences cannot occur without time. If you deny that God became temporal when He created the universe, how do you explain the incarnation? Has God timelessly been both God and man, or was there a time when God did not have the essence of humanity? I don’t see how one can answer the latter unless one rejects divine timelessness. If you deny that God is in time, the incarnation is impossible. You either have the Logos never taking on human flesh, or the Logos eternally having a human nature. But you can’t have the Logos existing as pure deity at T-1, and then taking on a human nature at T-2, unless the Logos exists in time in order to endure from T-1 to T-2.

Moreover, if God is not in time, then it would be impossible for God to know “tensed” facts. He could know tenseless facts, but not tensed facts. Now, what are tensed and tenseless facts? The difference between “tensed facts” and “tenseless facts” is that the latter can be true regardless of when in history we currently are in time while the former can only be true at certain times, but not at others. In his article “God, Time, and Eternity”, the Christian Philosopher William Lane Craig explains that

“It is a tenseless fact that the C. S. Lewis conference in Cambridge begins on 21 July 2002. That fact never changes. It has always been true, it will always be true, it is tenselessly true that the C. S. Lewis conference in Cambridge begins 21 July 2002. But that tenseless fact is not enough information to prompt me to leave Atlanta, board a plane on the 20th of July, and fly to Cambridge. Why not? Well, because that tenseless fact is always true. What do I need to know, in addition to that tenseless fact, in order to prompt me to board the plane to fly to Cambridge? What I need to know is the tensed fact that today is July 20, or tomorrow is July 21. In virtue of knowing that tensed fact, I board the plane and come to Cambridge for the conference. So tensed facts are facts about the relationship of certain events to the present moment. In the English language tensed facts can be expressed by verbal tenses, like the past tense, the present tense, or the future tense; or by adverbs like ‘today,’ ‘yesterday,’ and ‘tomorrow;’ or by prepositional phrases like ‘in two days’ time,’ or ‘three days ago.’ All of these are ways of expressing tensed facts.

Does Libertarian Free Will Imply The Ability To Live A Perfect Life?

Q&A: (Follow Up On) Molinism, God’s Love, and Those That Will Never Be Saved