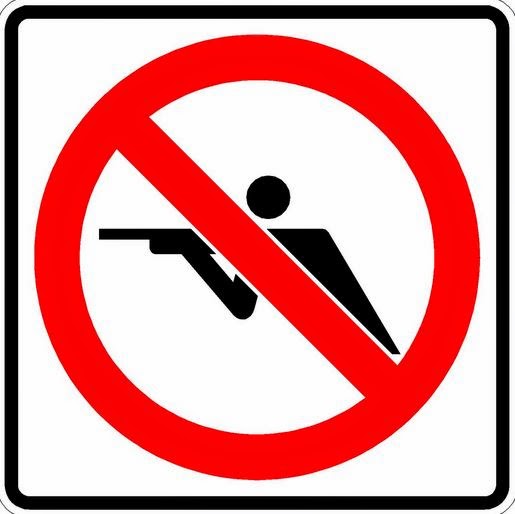 I was having a discussion with an atheist recently over the apparent unfairness of an Old Testament law. After defending the law from a scriptural, historical and logical perspective I turned the discussion to point out the incoherency of such persistent complaints on his view. After all, this guy has advocated on two different occasions, moral relativism. His claim is morality is subjective, and he argues that even if morality was objective, we wouldn’t be able to realize it. Well, if that’s true, I hope you can see that his complaints don’t have a leg to stand on. But during one his responses, he kind of went on a tangent. He said “The only consistent basis for morality found in the Bible is ‘Obey God in all things’ – even if that means violating God’s own rules.  For instance, “Thou shalt not kill.”  Unless God commands you to kill all the men, women, children, and animals of a rival tribe.  Unless God commands you to kill all the prophets of another god.  Unless God commands you raise a knife to your own child.  There is no action that cannot be excused if you claim God commanded you to do it.”

I didn’t address this during the course of the conversation because I wanted to “keep the main thing, the main thing”. Namely his claims that morality is subjective and is not objective (i.e obligations and prohibitions that all people at all times and all place must adhere to). I told him we’d talk about it at a later date.

But Obviously there’s a problem here. God commands in Exodus 20:13 not to kill people. And yet, on several different occasions in the Old Testament, God claims exactly the opposite. God commanded the Israelite army to kill all of the Caananites. And even long before Moses lead the people of Israel out of Egypt, God commanded Abraham to sacrifice his son. What are we to make of this? Is God inconsistent in His demands?

1: The Difference Between These Two Commands

The command God gave to Moses whilst carving the 10 commandments on 2 stone tablets represents the general rule that all people everywhere must adhere to. It’s the law. Don’t go around killing people. The same holds true for idol worship (Exodus 20:2-3), adultery (Exodus 20:14), theft (Exodus 20:15), and telling lies about another person (Exodus 20:16). These are laws for people to adhere to at all times. To break these laws would be sin. Unfortunately, history (both biblical and secular) has shown that many people on many different occasions have indeed broken these laws repetitively.

Now, just because God set these laws in place does not mean that there can’t be exceptions to them from time to time when it suits God’s good and perfect purposes. Even our humanly crafted laws have such exceptions. For example, it’s against the law to go above the posted speed limit. But police officers aren’t breaking the law when going past the speed limit when they’re chasing down a criminal (who just robbed a bank, broke the speed limit himself, or whatever). Indeed, if the cops didn’t break the speed limit themselves, it would be impossible to keep up with the law breaking speed demon. No one considers the drivers of the police car as being inconsistent in driving as fast as they do, nor do they claim that the police were “breaking” the law in order to uphold the law.

Another example would be the difference between murder and capital punishment. In the United States and other places, it against the law to take human lives. However, when a judge condemns a convicted criminal to the electric chair or to lethal injection, no one accuses the judge or the executioner of committing “murder”. No, this is a just punishment for a despicable and evil human being. He no longer deserves to live. His crimes are so abhorrent that the penalty is the forfeiture of life.

The latter analogy is closer to the instance of God commanding the Israelites to kill all of the Canaanites (with the exception of the repentant Rahab and her family). God is the judge that condemned evil, reprobate Canaan to death. Israel was the executioner acting according to God’s orders. God had issued wide scale captital punishment on a nation that had been sacrificing their babies in a fire (among other abhorrent practices) for far too long. God’s general rule is “Do not kill”, but God, as a just judge, has the right to issue capital punishment on wicked people who deserve it. He doesn’t break the law himself by doing so any more than a human judge in a court of law fails to uphold the law against murder by sentencing convicted criminals to lethal injection or the electric chair.

To answer the question on how God could be good when He commanded such widespread killing, click on this link.

2: Remember, God Is Sovereign Over Life and Death

Moreover, God does break His own commandment by taking a life. One of the reasons (though not the only one) that God commands human beings not to murder is because taking a human life is reserved for Him and Him alone. The Bible teaches that God has decided how many years we will spend on this planet before He calls us home to the afterlife, (read Job 14:5 and Psalm 139:16). It also teaches that God is the author of life and therefore He has the right to take it as He sees fit (See Job 1:21, 1 Samuel 2:6, Psalm 75:7, Deuteronomy 32:39). God has a right to decide when we enter the afterlife, we do not. Since He’s the author of life, He has the right to take it. Although it was the Israelites who took the lives, they were doing it via God’s command. So they weren’t committing murder, they were acting as the conduit in which God would take their lives.

Here’s an illustration. I’m not married but let’s pretend that I am for the sake of the illustration. Let’s pretend I have a wife, we’ll call Jennifer. It’s NOT immoral for me to have sex with Jennifer. Why? Because she’s my wife! I have the right to have sex with her if I (and she) wants to. But if YOU had sex with Jennifer, that would be immoral. That would be adultery. Why? Because you’re not Jennifer’s husband, therefore you don’t have the right to sleep with Jennifer like I do. I AM her husband so I have the right to sleep with her when she and I want to and I commit no sin in doing so. But you’re not Jennifer’s husband, so you have no right to have sex with Jennifer whenever you want to. So it’s immoral for you but not for me, simply because of who we are, i.e Jennifer’s husband (me) and not Jennifer’s husband (you). Likewise, when God ends the physical life of a human being, it’s not immoral for Him to do it because of who He is (i.e the author of life) but it would be very much immoral for you to end the physical life of that human being because of who you are (i.e not the author of life).

There’s another illustration I use that involves a land lord and a house for rent. If I own a house, and I rent it to you. I reserve the right to evict you whenever. I do no injustice if I kick you out for not paying the rent, or taking poor care of the property, or whatever. It’s my right. Now, if someone else comes along and forces you out, that would be unjust. It’s not their house, they didn’t rent the house to you, who are they to say whether you stay or leave? In the same way, since God brought the universe into being, fine tuned all of it’s universe and local parameters for life, and created us, It’s His right to say when we leave this world. It’s unjust for someone else to come along and force us out of this life.

Moreover, God sometimes ends physical lives but He never takes a person out of existence. He keeps their soul in existence for all eternity and places their soul either in Heaven or Hell until He resurrects them and puts them in a brand new physical body that’s far better than the physical body they had before.

Q & A: Does The Story of Abraham and Isaac Support Human Sacrifice?