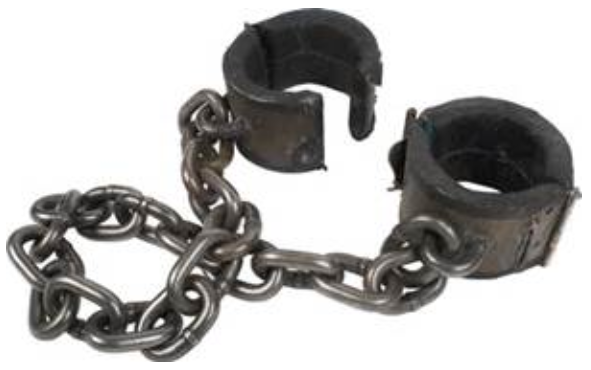 Atheists, in their attempts to paint God and His Word in a bad light will often times argue that The Bible supports and condones slavery. Certainly Old Testament passages can be found that talk about rules and regulations of slavery, and slavery was instituted in The Old Testament. Well, there you go; God is evil and The Bible endorses a morally abominable thing. Case closed. Well, don’t close the case just yet. There are several things to consider before concluding that God is pro-slavery.

*First of all, slavery in the Old Testament Times Was Unlike Slavery In The American West

When people hear the word “slavery” today, they immediately think of the kind of slavery that took place in the United Stated just a few centuries ago. Black people were bought and sold like property. They were considered by the law to be inferior human beings or not human beings at all (not unlike how the unborn are viewed by pro-choice people today, I might add). There were laws in place in the Old Testament to prohibit the abuse of slaves whereas such laws did not exist in American slavery and in practices of slavery still practiced around the world today.

For example, Exodus 21:16 reads, “Whoever steals a man and sells him, and anyone found in possession of him, shall be put to death.”. Anyone who was kidnapped and was forced into slavery was given a harsh penalty. God did not approve of people being forced into slavery. He disapproved of it so much that capital punishment was the punishment dealt out to those who broke this law. However, in modern slavery, no such punishment exists. In fact, this is how practically everyone nowadays becomes a slave, by being kidnapped and forced into it. Deuteronomy 24:14-15 says “Do not take advantage of a hired worker who is poor and needy, whether that worker is a fellow Israelite or a foreigner residing in one of your towns. Pay them their wages each day before sunset, because they are poor and are counting on it. Otherwise they may cry to the Lord against you, and you will be guilty of sin.” According to Exodus 21:26-27, if a slave was injured by his master, the slave was to be set free. Moreover, If either a free man (Exodus 21:18-19) or a slave (Exodus 21:20-21) is injured, the one who caused the injury must provide care for the victim.

According to Old Testament scholars, back in those days people often would voluntarily sell themselves into slavery because they were so poor, they couldn’t live off of what they made. Becoming a slave would provide the person with shelter and food provided they worked for their master. This is clearly a better alternative than being homeless and hungry, but it still wasn’t a fun situation to be in which is precisely why people resorted to it as a last resort. It wasn’t the worst thing in the world given that it provided food and shelter to the slave, but it was not the ideal situation. After a certain amount of time, they could either leave, or stay, if they loved their master (see Leviticus 25:40-49). This was a reasonable option for people who did not have a desire to work their butts off just to make ends meet every day of the week, so they sold themselves into this service.

*In The New Testament Era, Paul Exhorted Slave Owners To Be Nice To Their Servants

Here recently, the blogger “Godless Mom” posted a picture of a meme that showed the open hands of an African American person with the caption “God is good with slavery” followed by a citation of Ephesians 6:5. I knew immediately that the scripture was taken out of context to make The Bible look bad, so I pointed out that the seeming harshness of this passage is softened when you look at what the Apostle Paul wrote in its wider context.

“Slaves, obey your earthly masters with respect and fear, and with sincerity of heart, just as you would obey Christ. Obey them not only to win their favor when their eye is on you, but as slaves of Christ, doing the will of God from your heart. Serve wholeheartedly, as if you were serving the Lord, not people, because you know that the Lord will reward each one for whatever good they do, whether they are slave or free. And masters, treat your slaves in the same way. Do not threaten them, since you know that he who is both their Master and yours is in heaven, and there is no favoritism with him.” – Ephesians 6:5-9

Paul exhorts slave owners to be kind to their slaves. Moreover, at one point Paul told slaves to win their freedom if it was possible, but not to worry about it if it wasn’t (see 1 Corinthians 7:21). Paul didn’t condone slavery in this passage, but merely gave slaves guidelines for how those in the first century were to behave while in their slavery. Context can make a world of difference in interpreting what The Bible says.

Objection: It’s nice and all that Paul told them to be kind and fair to their slaves, but why didn’t Paul command the Ephesian slave owners to set their slaves free?

Probably for the same reason Jesus didn’t speak out against slavery; it would have done no good to simply say “Slavery is wrong! Let your slaves free!” for the Roman government would have considered that treason and would have killed Jesus and Paul long before they were ready. Instead, both Jesus and Paul taught specific theological doctrines that, if believed and applied, would reveal to people that slavery was wrong and consequently would have let the slaves go of their own free will. For example, The Bible teaches that all human beings are made in God’s image (see Genesis 1:26-27, Genesis 9:6). If human beings are made in God’s image, then that means that all human beings are created equal, we’re all image bearers of the God of the universe. But we’re all equal, then there’s clearly something wrong with owning another human being. You can own an animal. An animal is ontologically inferior to human beings. But you cannot own a being who is ontologically your equal, which is exactly what we are if the doctrine of imageo dei is true. Jesus taught us to “love your neighbor as yourself” (see Matthew 22:37-39, Mark 12:30-31, Luke 10:27), which is also found in The Old Testament (see Leviticus 19:18). If we love our neighbors as ourselves, we won’t enslave them. It was these beliefs that ultimately led to the abolishment of slavery in the west.

Objection: Why Did God Institute Any Slavery At All In The Old Testament?

Well, there may be many reasons. One reason certainly is one I already talked about; which was that the specific brand of slavery that existed in Old Testament Israel was more like a welfare program than the type of dehumanizing thing it was the American west. People who struggled financially had the option of selling themselves into slavery so that they could eat and have a roof over their heads. God did not intend for Israel to have poverty (Deuteronomy 15:4), but sin made it inevitable (Deuteronomy 15:5), and God allowed slavery to deal with that reality. Another reason for instituting it may be the same reason why God permitted divorce in the Old Testament. The Bible says that God hates divorce (Malachi 2:16) but Jesus said that God permitted it anyway due to the hardness of the Israelites’ hearts (Matthew 19:8). God may have permitted slavery for the same reason wholly apart from the financial benefits, but He instituted various rules and regulations to prevent people from being dehumanized and abused. He permitted it, but put laws in place to restrain the disastrous effects that slavery in other parts of the world and in different eras entailed. Many of these rules and regulations are found in Deuteronomy 24, and I’ve already mentioned some above.

I don’t think the slavery in The Bible at all impugns the goodness of God or makes Him morally abominable. God put several rules and regulations in place to prevent slaves from being abused and mistreated, with severe penalties for failing to do so. God instituted slavery to serve like a welfare system for people who were struggling financially and also forbade anyone kidnapping and forcing a person into slavery, with capital punishment for breaking this command (Exodus 21:16). The Apostle Paul exhorted slave masters to treat their servants with kidness and respect (Ephesians 6:5-9), and told slaves to get free if it were possible, but not to worry about it if it were not possible (1 Corinthians 7:21).

Skeptics condemn the Bible on moral grounds because it made accommodations for it in the ancient world. What they don’t understand are the cultural conditions that made slavery an unfortunate necessity, they’re unaware of the efforts God made to reduce abuse, and they’re unaware that it actually served a purpose at the time.

Israelite slavery is in stark contrast from the type of slavery in early American history. In America, slaves were not regarded as being equal in value, they were threatened and they were not treated justly or fairly.Slavery in the Old Testament era was not an ideal for sure, but it wasn’t the abomination it was in other parts of the world and in other places and times.

Does Christianity Diminish The Value Of Women?