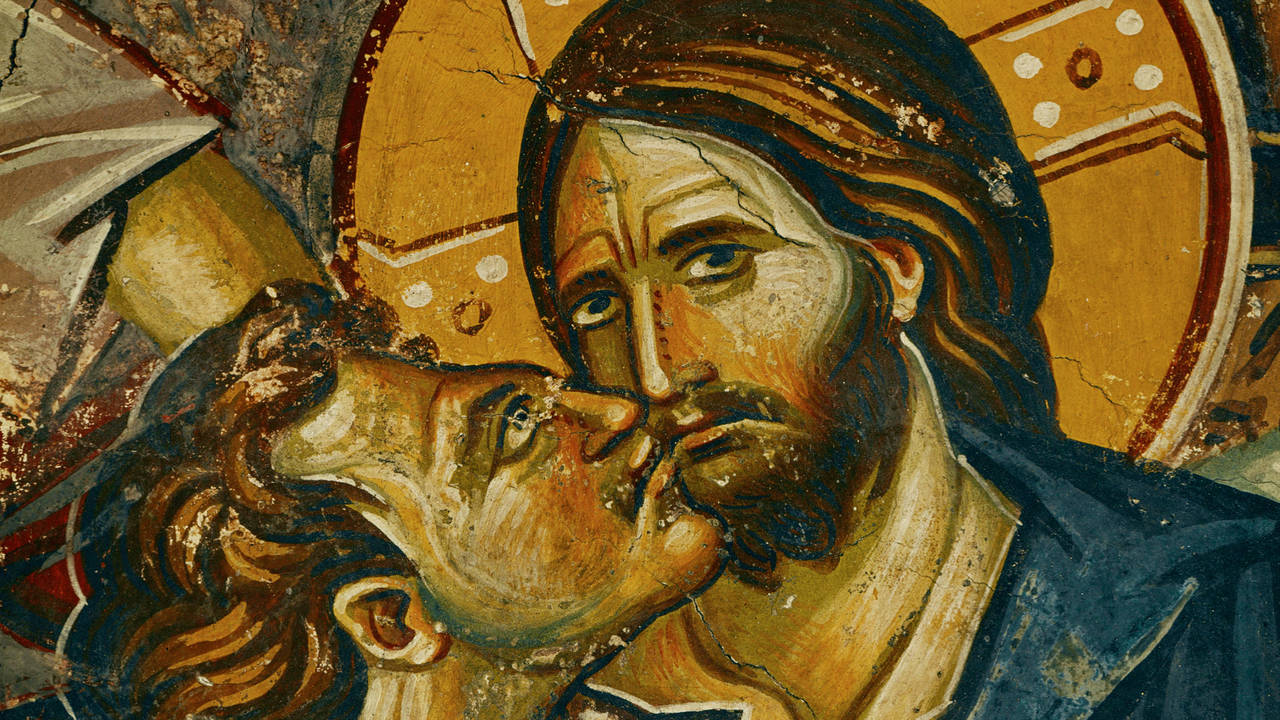 This has been an issue I’ve been thinking about for a while. It’s a problem that could be posed to the Molinist giving our view of human freedom and divine sovereignty. Once again, I’ll give a brief explanation of what this means. God has middle knowledge according to the Molinist theology. This knowledge is knowledge of what any individual would do under any given circumstance. Let’s say God knows that Bob, if placed in circumstance S would freely choose action A over action B. Let’s say action A is what God wants Bob to choose. So if God wants Bob to choose action A instead of action B, He will choose to actualize somehow circumstance S so that He can get Bob to choose action A. God can get things done without violating human freedom.

On this view, God can get people to do what He wants them to do without violating their freedom. God knew how Pontius Pilate, King Herod Antipas, Caiphas, Judas, how all of these people would act under any given circumstance He were to place them in. He knew that if He were to actualize this possible world over others, then the religious leaders would hate Jesus and seek to have Him killed if born in the precise time and place that they were in fact born. He knew that Judas would betray Jesus to these very same religious leaders if born in the time and place that he actually was, and that Pilate, if made prefect in Judea in the first century, would hand Jesus over to be scourged, crucified and buried in a tomb, God would then raise Jesus from the dead. God knew how all of these people would act under any given circumstance so, in order to redeem human kind from the sin that they fell into, He chose to place these actors in these circumstances so that He could, without violating their free choices, get Jesus crucified. In this way, Jesus was able to pay for the sins of the whole world.

On this view, God knows about people who won’t ever actually exist in the real world. I think it seems obvious that, if you affirm God’s middle knowledge, that God knows truths about people who don’t or won’t ever exist, but who would exist if God were to actualize a different possible world. For example, before the divine decree of creation, didn’t God know about me? What if He chose, for whatever reason, to actualize a world that doesn’t include me? He would still know everything about me and what I would do in any given circumstance. Indeed, He would know I exist in this particular world (and perhaps in some other possible worlds).

Given that this is the case, why couldn’t God choose to place a different person in Judas Iscariot’s place? A person who would do everything that Judas did except instead of persisting in his sin and committing suicide after handing Jesus over, he would turn from His sin and beg Christ for forgiveness for handing him over to the religious leaders which Jesus would give to him. Doesn’t God know of an individual that, if He were to create him would do everything Judas did (in order to bring about Christ’s atoning death) but instead of ending up in Hell after committing suicide, instead repented and ended being saved? In other words, was God using his middle knowledge to be unfair to Judas? There are a few things to consider:

1: Judas Iscariot Could Have Done Otherwise

A common misconception about Molinism is that it logically entails a sort of divine determinism. It seems like our circumstances determine what we do. This is not actually the case, but I can see why people might have this misconception. To see that this is not the case, consider the following:

What if you were going to buy your child a car for his 16th birthday. You know how he would react depending on which car you get him. If you buy him a sports car, you know that he would act ecstatic, he’d just be extremely grateful to you for the awesome viper or Ferrari or whatever. Now, if you get him an old broken down jalopy, you know that he would probably act disappointed. He might even be angry at you for getting him such a car. Now, let’s say you bring about one or the other circumstance and he behaves exactly as you predicted. Just because you knew how he would act and brought about the circumstance to get him to act that way, does that mean that he couldn’t possibly have done otherwise? It doesn’t seem that way to me. It seems like he very well could have acted in a different way than the way that he acted, it’s just that you know ahead of time that he wouldn’t act a different way.

So it seems to me that what we have with God’s middle knowledge and Him acting on His middle knowledge is an instance of would-do/would-not-do-differently situation rather than a could-do/could-not-do differently situation. If God knows that if I were placed in situation X, that I would choose A instead of B, and then He places me in situation X in order to get me to choose A. It doesn’t seem to me that I couldn’t have chosen B instead of A. God just knew ahead of time that I would not choose B and that I would choose A. I still could have chosen B and refrained from choosing A. Nothing causally determined me to choose A over B. Nothing forced my hand to pick A over B. Also, there were no factors which prohibited me from choosing B and refraining from choosing A. it’s just that God knew that I wouldn’t choose B, and I would choose A.

The only reason God knows what we would do in any circumstance is because that’s how we choose in those circumstances. If we would do something different, than that knowledge would be in God’s middle knowledge. Just as, when I was an Arminian, I argued that simple foreknowledge doesn’t determine what we do, but rather what we do determines what God foreknows what we will do. If I marry a black haired woman in 2035, then God knows that I will marry a black haired woman in the year 2035. But what if I exercised my free will to choose to marry a blonde woman instead? Well, in that case, God’s foreknowledge would not be wrong. He would not have mispredicted what I was going to do. Rather, if I were to make an alternative choice, then that alternative choice would be in God’s foreknowledge.

Given that this is the case, Judas has no excuse for his sins. He not only has no excuse for handing Christ over to the religious leaders, but He has no excuse for not repenting after the fact. Judas did not have to commit suicide. Judas could have went home and when Jesus was raised, he could have gone to Him and asked for His forgiveness for betraying him just as the apostle Peter asked for Christ’s forgiveness when he denied knowing Christ 3 times. Judas could not stand before God on judgment day and say “Well, this is your fault God because you placed me in that particular situation, knowing that I would do these awful things, therefore I bare no responsibility. This is all on you!” No. If Judas had said that to God, God would have responded “No, you didn’t have to do the things that you did. You could have done things differently. I didn’t make you do those things. You did them of your own volition. You chose to commit suicide. Everything you’ve ever done in life was because you chose to make those decisions.”

God wasn’t unfair to Judas. He gave him what he deserved.

2: It Could Be The Case That Judas Is Transworldly Damned.

I myself don’t find this view to be very plausible. I will adopt this view someday if I’m ever given good reason to. Nevertheless, I have entertained the idea that transworld damnation could apply to some certain particular individuals even though it seems to stretch the bounds of plausibility to say that every person who is damned in the actual world would be damned in all possible worlds.

It could very well be the case that Judas was going to reject Christ under any circumstance God could place him in. So, even though God might be able to put someone in Judas’ circumstance who would do everything Judas did to get Christ crucified but would repent and be reconciled to Christ and the twelve at his resurrection (rather than hanging himself) nevertheless, Judas Iscariot was going to freely reject Christ in any circumstance God could put him in. So God just decided to place him in the circumstance where he knew that he would contribute to Christ’s crucifixion. Nevertheless, even if Transworld Damnation is true for Judas and perhaps for other individuals, the only reason they’d be damned in all possible worlds is because that’s the free choice they made. Remember, it’s still a would-do/would-not-do-differently situation rather than a could-do/could-not-do differently situation.

I don’t know if this true for Judas, but it is a possibility at least.

Q and A: Is Molinism Monergistic?