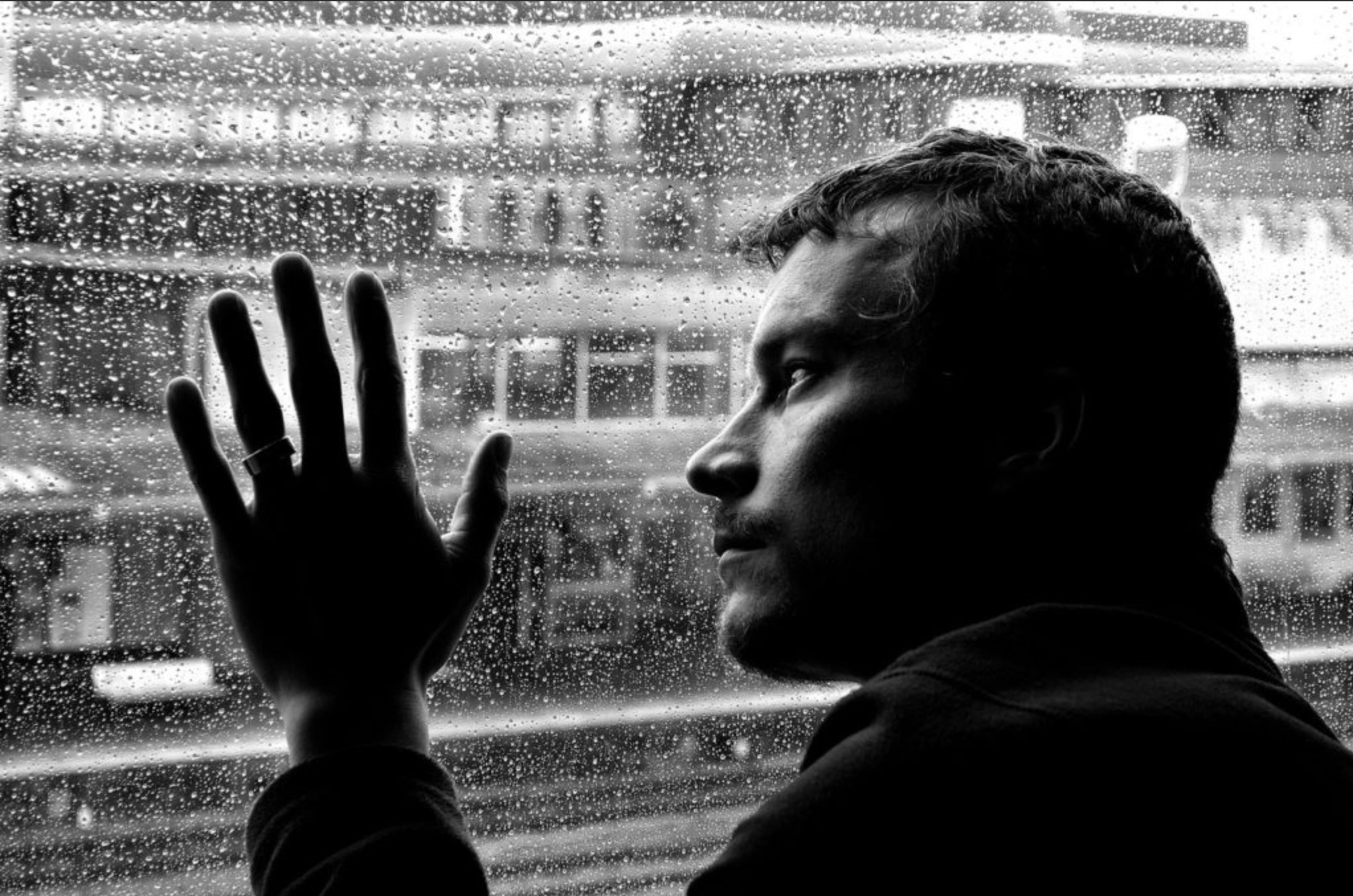 When I went into Christian Apologetics, I had two major goals: (1) To use arguments and evidence to clear away intellectual road blocks people have keeping them from embracing the gospel, and (2) to help Christians struggling with their faith to become more confident. My goal was and still is to convince unbelievers and solidify the faith of believers. However, when one begins arguing with skeptics, one quickly discovers that it isn’t easy to win them over. I have found that you can argue with unbelievers until you’re blue in the face, making the most persuasive and powerful case for Christianity one could hope for, and the unbeliever will still be unconvinced. It doesn’t matter how many objections you refute, and it doesn’t matter how thoroughly you refute those rebuttals. This is why so many say “You can’t argue people into the Kingdom.”

I’m sure many of my fellow apologists reading this article can resonate with what I’m saying. It can be easy to get discouraged when it seems you can’t even make one disciple despite all your argumentation and preaching. Apologetics, and evangelism in general, can start to feel like a waste of time. One can get the feeling that engaging with the atheists, muslims, cultists, etc. is just a waste of time. They won’t be convinced no matter what.

I have felt this discouragement before. Even blogging, I sometimes wonder how much of an impact for Christ I’m really making. Is God planting and watering any seeds through me?

In this post, I’ll show you some things that I always remind myself of whenever I feel that “what’s the point?” mentality arising within myself.

Remember, You Never Know Who You Might Be Influencing

When it comes to who you influence, you just never know how your evangelistic efforts may be affecting people. I get about 200-300 page views per day on average. Most of these are from the United States, but others are from different countries like Russia, China, Japan, and Great Britain. People from all over the world are reading articles I’ve written on a daily basis. I have no idea how my words may be affecting the thinking of the readers who visit here. Some of them may be skeptics, some of them may be spiritual seekers, others may be Christians trying to work out theological issues.

I have no clue who these people are. I don’t know who they are, what they look like, and I especially don’t know what they’re thinking when they read my blog posts. Occasionally, I will have someone leave a comment or send me a message telling me how much I’ve helped them. A lot of these are Christians who were either doubting their faith, or just had some questions they didn’t know how to answer. Others were Christians who used my site as a resource in witnessing to people (i.e “This guy wrote an article addressing this issue. Take a look at it and see what you think.”). Unfortunately, I haven’t had someone message me and say “I used to be an atheist, but your article on The Fine Tuning Argument really convinced me that there’s a Creator.” or “I used to be a Oneness Pentecostal until I read your defense of the doctrine of The Trinity.” Maybe I will one day, but I haven’t so far. That’s ok though. The messages from the brothers I’ve helped out was enough of a morale booster.

However, even if no one ever lets me know how I’ve helped them, I know that I may very well be having an impact. In fact, at an apologetics conference I attended last year, Lee Strobel told a story of how he felt God putting a heavy burden on him to walk into the bank where his atheist friend worked and spark up a faith conversation with him. Strobel said that he had no idea why God wanted him to go to this particular place at this particular time to have a conversation about Christ with his atheist friend, but he did it anyway. He shared the historical evidence for Jesus’ resurrection with him, for the historical reliability of the gospels, and other arguments. This friend of Strobel’s remained unconvinced. At the end, Strobel just simply invited him to church. He refused to go. Lee Strobel left that bank wondering why God lead him to do what he just did since it didn’t cough up results. Some time later, Strobel met a man who had told him that back when Strobel was talking to the atheist friend at the bank, he was somewhere out of sight listening in. He was convinced by the arguments and committed his life to Christ that very day.

This is an example of what Lee Strobel calls “Richochet Evangelism”. You may not convince the person you’re engaging, but you may convince someone who’s listening in.

The point about Ricochet Evangelism under the last sub heading provides a nice segue to my next point. You should engage in broadcasted debates rather than typing debates on social media, in comment sections on Facebook, Twitter, etc. What I mean by “broadcasted debates” is that you should engage in debates that will be shown on YouTube to an audience. You get a friend to moderate the debate, and then you find someone who is willing to engage you in whatever topic you plan on debating. The most convenient way to do this is Google +’s “Hangouts On Air” feature, which is basically a video call between multiple people, but it’s broadcasted. This is the kind of debates I’ve done last year. I’ve only done 4 so far, one of them was on the issue of whether Hell is compatible with God’s goodness which I had against The Counter Apologist and someone named Riley. The most recent one was against Nathan Reese on the resurrection of Jesus. All of these debates can still be viewed on the “My Video Debates” page.

This can be very beneficial because you most likely won’t convince the person you’re talking to, but that doesn’t mean your words will fall on deaf ears. You can convince the people watching the debate! Moreover, given that live streamed videos stay on YouTube, you can have an impact on someone’s thinking months or even years after the debate is over. This is less likely to occur with conversations typed up in Facebook comment sections or Twitter because most people won’t read a very long back and forth comment section discussion, but they will watch a one hour video. This is not to say that no one will read or be influenced by a comment section, just that there will be fewer of those than ones influenced by the audible back and forth in the video.

However, I don’t encourage this for young apologists. Wait until you’ve had a few years of training (i.e studying) before you do this. It’s far easier to get stumped if you haven’t been studying the topic for a while. For the newer apologist, I just recommend engaging on social media comment sections where you’ll have more time to chew on what the atheist/muslim/mormon/or-whoever said and you’ll have time to come up with a response.

It’s Not A Numbers Game

I may never make as big of an impact as C.S Lewis, or Lee Strobel, or William Lane Craig, but if even one soul comes to know Jesus, my efforts, no matter how strenuous, will not have been in vein. That will be one soul not suffering in Hell. One soul who will spend eternity in their Father’s arms. One soul who will enjoy the fruits of God’s Kingdom. One soul, whose mother’s prayers for her son or daughter’s salvation got answered.

Ripple Effect: The Few You Do Influence Can Influence Others

If you’ve read my short biography on this site, or the introduction to Inference To The One True God, you’ll know that God saved me from sliding into agnosticism through the writings of Lee Strobel. Strobel is the one who helped me regain my confidence in the truth of the Christian worldview. Strobel is the one who introduced me to the field of Christian Apologetics. God used him to save my faith. And after I watched his The Case For A Creator film on YouTube, and reading his book The Case For Christ, I thought to myself “I’ve got to share this evidence with others!” and so I began studying these books, reading them cover to cover multiple times, buying other books on the topic and studying them, spending hours in my room every evening, trying to master the material. And….well, you know the rest.

My point is: Strobel had a big impact on my life. I may, unbeknownst to me, be having an impact on others. And for all I know, some non-Christian, after reading my book, or going through blog post after blog post on this site, is giving his life to Christ right now. And he may, for all I know, be making the decision not only to receive Christ, but also to defend Christ from now on, using the information that he gained through his spiritual investigation. And he, through his apologetic endeavors, may make another disciple who in turn will also become a defender of the faith.

When I begin feeling down, thinking I may be wasting my time, these are the things I remind myself of to boost my morale. All of my blogging, all of the work I’ve done on my book, all of the conversations I spent time and effort in, they are not a waste of time.

The Concept Of The Credentialed Layman