Christian Apologetics is an importance discipline. It is obeying the command of 1 Peter 3:15 to “Always be ready to give a defense to anyone who asks you for a reason for the hope that you have…” and moreover, many people have intellectual doubts that serve as real barriers for them to embrace the gospel. Therefore, some people will believe if simply given good reason to. Unfortunately, we are fallible human beings who often make mistakes when doing the work of an apologist, and this can hinder our effectiveness. Let me mention 5 mistakes that Christian Apologists sometimes fall into.

1: Being More Interested In What You Have To Say 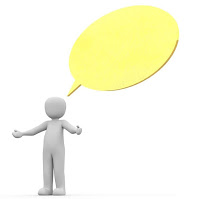 It’s human nature to be more interested in what you have to say than the other person, yet it’s crucial that we be receptive to hearing what the other person has to say. We’ll come off as arrogant and narcissistic if we don’t pay close attention the objections our non-Christian friend is bringing to us, and it’ll especially be evident to this person that you don’t care what they have to say if you’re constantly interrupting them.

The Bible says “He who answers before listening – that is his folly and his shame.” (Proverbs 18:13), and “Everyone should be quick to listen, slow to speak and slow to become angry,” (James 1:19), and “Do you see a man who is hasty in his words? There is more hope for a fool than for him.” (Proverbs 29:20). Listen to what this person has to say. Pay careful attention to the wording of his questions. Make sure you understand his arguments, counter-arguments, or objections before you respond to them. Also be sure to let this be a dialogue instead of a monologue.

When you’re dealing with people, it can be easy to get frustrated. Some people get angry when discussing Christian theology. This can be for several reasons. It can be because they simply don’t like it when people disagree with them, it can be that the other person is posing really strong arguments against their position and they’re flustered because they don’t know how to answer, or it can be because the other person is being a condescending jerk and is verbally abusive. Now, I don’t think anyone likes to be disagreed with, nor is it settling to not be able to respond to objections, and I know just as well as anyone that some people (atheists in particular) can be really hostile and mean when you try to share the gospel and the reasons for it with them. But under any of the above circumstances, we must not lose our cool. We must be calm, kind, and respectful.


I don’t care if you’re witnessing to an atheist and he’s verbally raking you over the coals, calling you “brain washed”, “creaotard”, “oxygen thief”, “stupid”, “idiot”, “science hater”, “menace to society” or any other names they love to label Christians as. We are called to be better than that. The Bible says “He who is slow to anger has great understanding, But he who is quick-tempered exalts folly.” (Proverbs 14:29). God’s Word says that anybody who is quick tempered is exalting foolishness, but that if you’re slow to anger, you show yourself to be a wise individual. So, which will you be; a fool or someone with great understanding?


The Bible also says “Always be ready to give a defense to anyone who asks you for a reason for the hope that you have, but do so with gentleness and respect.” (1 Peter 3:15). A lot of apologists are very diligent to obey the first part of the verse, but neglect the second part of the verse which says to “do so with gentleness and respect.” It’s a wonderful thing if you’re able to defend your faith, to be able to give the arguments for the existence of God and refute any conceivable objection one can bring to them. It’s a wonderful thing if you’ve mastered The Minimal Facts Case For The Resurrection Of Jesus and can show why all conceivable naturalistic theories fail to explain them, unlike the resurrection hypothesis. It’s awesome if you can tackle the problem of evil and suffering, answer objections to the doctrine of Hell, and so on. But if you’re a total jerk while you’re doing so, you’ll be disobeying 1 Peter 3:15. It isn’t good enough to be able to give a defense. You must do so “with gentleness and respect.”

Christian Apologists must not quarrel with people. We must do our best to keep any discussion/debate from getting heated whether it be with a non-Christian or even a fellow Christian (on an in-house issue like the age of the earth, soteriology, etc.). We must not fight with people. I like what William Lane Craig says. He says “Apologetics is also not the art of making somebody else sorry that you’re a Christian! We can give a defense for the Christian faith without becoming defensive. We can present arguments for Christianity without becoming argumentative”

3: Getting Too Preoccupied With Non-Essential Theological Issues


One trend I’ve been noticing lately is the tendency for Christians to focus way too heavily on in-house issues. What do I mean by in-house issues? I mean, theological beliefs of Christians that are of secondary importance. Things like the age of the Earth, Arminianism VS. Calvinism, the timing of the rapture, Special Creation VS. Theistic Evolution, and so on. Christians get so wrapped up in arguing with their fellow believers over these theological issues that they forget that there is a lost and dying world out there. They forget to evangelize and to actually defend Christianity. The spend most of their time and effort to defend their own theological systems against Christians who detract from that theological system, rather than defending the essential truth claims of the Christian faith against non-Christians who make attempts at refuting them. 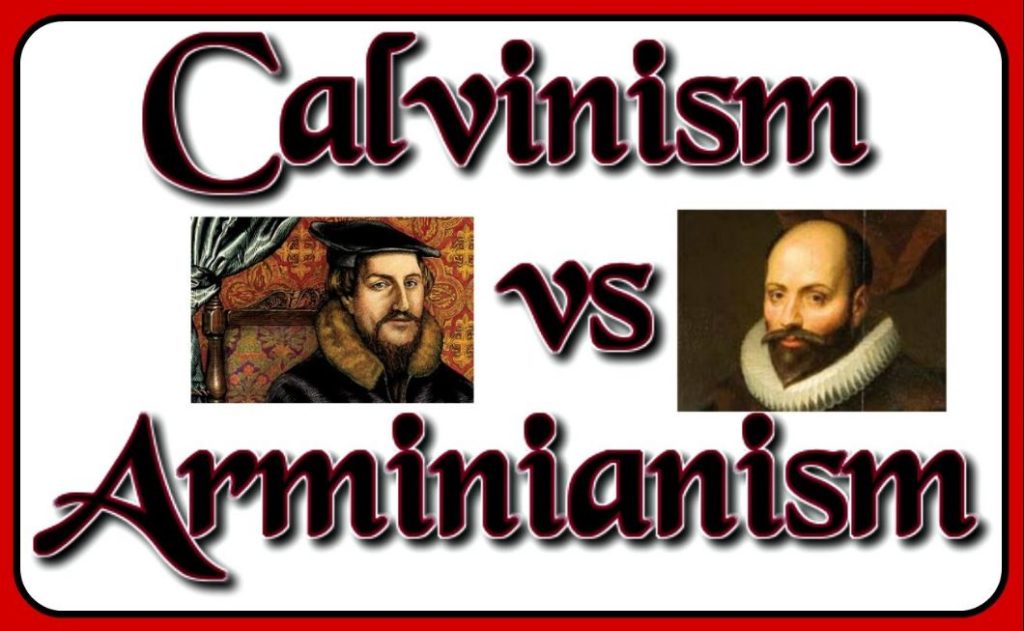 Now, I’m not saying that the Arminian/Calvinist debate, the age of the Earth, or Special Creation VS. Theistic Evolution are completely unimportant issues that shouldn’t be researched, debated, and defended. What I’m saying is that we should make defense of whichever of these doctrines that we hold of a secondary priority, and our main priority should be in defending the core doctrines of Christianity, such as the existence of God, the resurrection of Jesus Christ, the trustworthiness of The Bible, the doctrine of The Trinity, the doctrine of The Incarnation, Justification By Faith Alone, and so on. These latter doctrines should be the number 1 thing that the Christian Apologist strives to defend and establish, and the former mentioned beliefs should be given secondary importance.

Again, the Arminian/Calvinist debate, the age of the Earth, Special Creation VS. Theistic Evolution, etc. are important topics. They’re important because truth is important. If truth is important to us, then we’ll want to know that we have the right theology, even if being wrong on one of them won’t result in eternal damnation (unlike if you get it wrong on issues like the deity of Jesus, for example).

4: Getting Puffed Up With Pride Due To A Large Knowledge Base 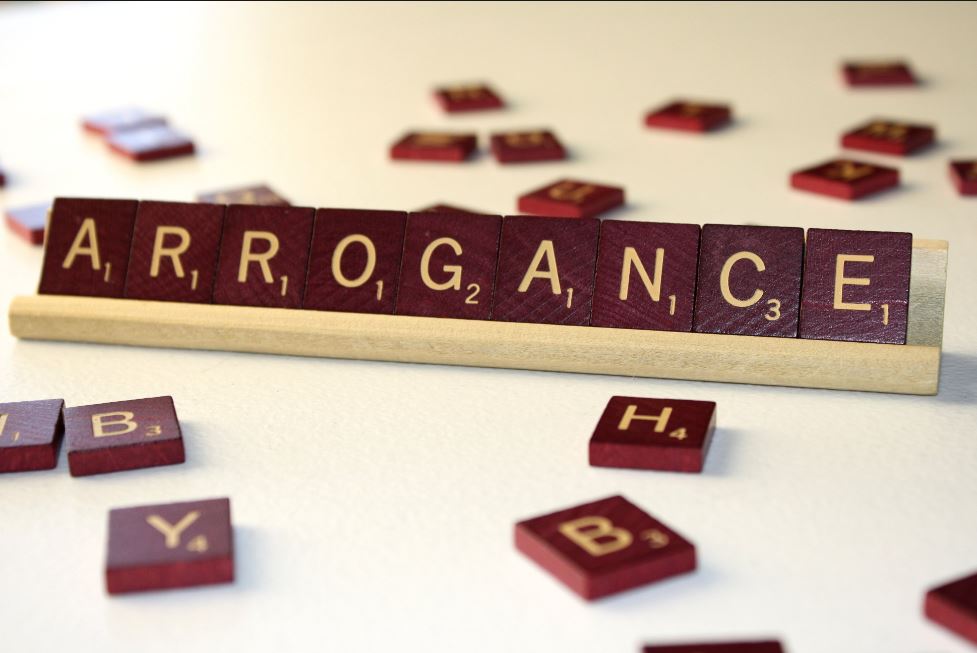 One thing we need to be careful of is to not let our egos get out of hand. It’s very easy for people to start looking down on others who aren’t as knowledgeable as they are on certain issues. The Bible says “Knowledge puffs up, while love builds up” (1 Cortinthians 8:1). Don’t let your knowledge puff you up!

The primary rationale for being an apologist is to 1): Win souls for Christ, and 2): alleviate doubts from believers. If you’re doing the work of an apologist to show people how smart you are, you’re doing it wrong! The Bible says “God opposes the proud but shows favor to the humble.” (James 4:6), and “For though the LORD is exalted, Yet He regards the lowly, But the haughty He knows from afar.” (Psalm 138:6). These are very serious warnings! If you’re proud, if you’re haughty, God will be opposed to you! He will know you only from afar! Guard yourself against pride!

Apologetics is not your tool to show the world that you can flex your intellectual muscles!

Sometimes Christian Apologists fall for red herrings. The rookies are more prone to do this than those who have been doing it for a while, but even a pro can slip up and go down a red herring trail if he isn’t careful to watch the course of the conversation. If the topic is the resurrection, don’t let it switch to Darwinian Evolution. Don’t just happily hop down any bunny trail that appears. Don’t allow the conversation to go off in all kinds of directions. You won’t be able to make any progress in an argument if you can’t spot red herrings.


The Christian Apologist should be careful not to make any of these 5 mistakes. If he avoids making these mistakes, he’ll be a more skillful defender of the faith and a more effective witness for Christ.