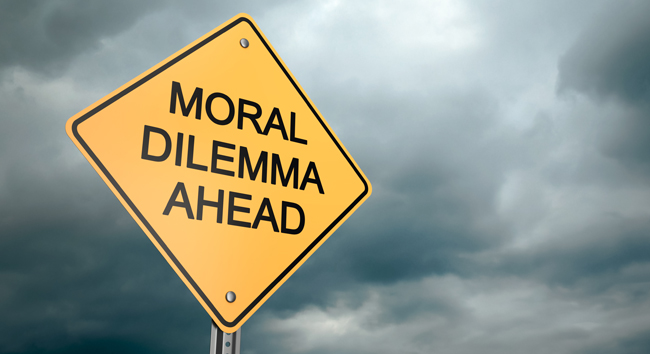 To readers who are new to Christian Apologetics, philosophy, or this website, Euthyphro’s Dilemma is a response to The Moral Argument For God’s Existence. The Moral Argument argues that if God does not exist, then there is no such thing as objective morality. Given that objective morality exists, it follows that God exists. I defend this argument in depth in chapter 4 of my book Inference To The One True God. The objection stated is this; is something good because God wills it or does God will something because it is good. If something is good merely because God wills it, that seems to be a case of might makes right, and that logically entails that God could have commanded us to commit all sorts of atrocities from murder to rape to incest, and we would have to say that these things are good. This is absurd. On the other hand, if one says God wills us to do things because they are good, then that means the goodness of the actions are grounded in something apart from God and therefore He is no longer needed to account for the existence of objective morality, and therefore the first premise of The Moral Argument is undermined, thus rendering The Moral Argument unsound.

The response we apologists give is that neither answer is untenable and that “The Euthyphro Dilemma” is a false dilemma. It commits the false dichotomy fallacy. Neither option is why something is good. Neither option is tenable. It’s okay that neither option is tenable because there’s a third option. I would say that something is good because God Himself is good. God’s very nature grounds morality and that’s what makes it objective. His character decides what is good and evil, and His commandments to us are a reflection of His character.

But as Eli points out, doesn’t that just kick the problem upstairs? Couldn’t we ask “Well, are the moral attributes God have good simply because God has them? Or does God have the moral qualities that He does because they are good?” The objection here claims that what we Apologists write about the third alternative that splits the horns of this dilemma is insufficient because it only pushes it back one step. How should we now deal with this counter-response to the response to Euthyphro’s Dilemma?

I remember listening to a Reasonable Faith podcast a while back and this very objection was brought up. Craig responded that everyone would face the same dilemma no matter what they tried to ground objective morality in. The Good, that which determines right and wrong, whatever you think “The Good” is, you could ask this question about that. If the atheist says “Morality is objective because it’s grounded in X” then one can ask the atheist “Is X good because it has the properties that it does or does X have these properties because they are good”. Well, I’m sure that the atheist would say neither one – it just is the good, it is the ultimate standard. That is exactly what we Christian Apologists say about God’s nature.

The Question Then Becomes, “Is The Explanatory Ultimate You’ve Chosen Plausible?”

I would add to Craig’s words by saying that God is a more plausible stopping point than any of the other things atheistic moral objectivists have chosen because God is a personal being, and moral qualities are the properties of persons. To try to ground objective morality in anything but a person is unintelligible. The natural world doesn’t care how you behave so a natural law cannot be the explanation of why good is good, the law is always subject to change (ergo the morality is subjective if it’s grounded in what’s legal), and Moral Platonism (the view that moral values exist as abstract objects) is unintelligible, and even if it could account for the existence of moral values, it wouldn’t explain why a person ought to adhere to one set of these abstractly existing moral values instead of another set, and ergo it could not account for moral duties. Of all the explanatory ultimates I’ve examined, God is the only one that makes sense. I could never be a moral objectivist and an atheist at the same time. If all that exists is matter, energy, space and time, then I see no reason to think why one collection of atoms has any obligations to another collection of atoms. If I were an atheist, I would see no difference between cutting down a man and cutting down a tree. If I were an atheist, I would see no difference between exterminating a hill of fire ants and the Holocaust. The only difference between these two, on atheism, would be that one is the extermination of bipedal primates and the other would be an extermination of insects. But that would a biological difference, not a moral one. Objective morality is simply unintelligible in God’s absence.

I hope my response was intellectually satisfying to you, Eli. I don’t think Euthyphro’s Dilemma successfully undermines The Moral Argument for God’s existence, and hopefully, after this response, you won’t either.

The Moral Argument For God’s Existence