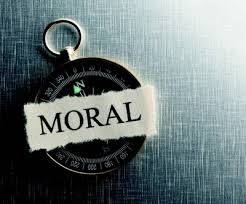 Now, what about your parody argument involving forgiveness? Would not any attempt to refute the forgiveness argument also refute the love argument? This final point of yours is pertinent to both The Moral Argument and The Ontological Argument, since I make the same point that the God both of these arguments prove to exist must be a Trinity.

I think it’s obvious that for a being to be maximally great, He must be morally perfect; good to the greatest extent possible. To be morally perfect, one must be perfectly loving. To be perfectly loving, one must be expressing that love. Without the ability to express that love, while the MGB could have a loving disposition, he would not be loving until other persons came into being. I think perfect goodness is a necessary condition for maximal greatness, and perfect goodness involves the expression of perfect love. Hence, for the MGB to be loving in possible worlds in which only the MGB ever exists, he must consist of more than one person.

Love is at minimum, patient, kind, selfless, not boastful, not proud. To express kindness and patience and so on requires other persons. Now, do these other persons also need to be sinful in order for there to be forgiveness going on within the Godhead? Well, it would depend on whether or not you think the active expression of forgiveness is a necessary condition to an active expression of love which is also a necessary condition of moral perfection. I don’t think it is. It would only be required of a loving being to forgive if the persons to whom He is in relation were in need of it. But if they are not in need of it, then a perfectly loving and perfectly good being can maintain his perfect love and goodness by merely having the disposition to forgive. In other words, forgiveness as a part of a loving nature is dependent on the existence of evil. But love, in general, is dependent only on the existence of other persons, regardless of whether they’ve done something wrong or not.

Now, if you think that the constant expression of forgiveness is necessary for a being to be perfectly loving and ergo perfectly good, then you’ll need to provide some argument for that. Love (the active expression of it, not merely the disposition) requires other persons to exist, and so does forgiveness. However, while I think the former is an entailment of moral perfection, I am not convinced that the latter is. So, I don’t think the reductio ad absurdum works.

Now, even if the reductio ad absurdum did work, it wouldn’t undermine either The Moral or Ontological Arguments, it would just mean, at worst, that we couldn’t extrapolate the property of moral perfection to conclude that The Moral Law Giver/The Maximally Great Being is a Trinity. Insofar as The Divine Identity argument is concerned, it would still be a powerful argument even if didn’t get you uniquely to the Christian conception of God. In fact, my realization of the love-requires-God-To-Be-A-Trinity Argument came very late in the development of Inference To The One True God (now re-released under the title The Case For The One True God). Originally, I was simply going to argue that The Moral and Ontological Argument narrows the field down to two possible religions; Judaism and Christianity. This is because getting omnipotence, omnipresence, omnibenevolence, and necessary existence (The Ontological Argument) and getting necessary existence and moral perfection (The Moral Argument) narrows the possible deities down to either the Unitarian Yahweh of modern Judaism or the Trinitarian Yahweh of Christianity. My initial plan was then to eliminate Judaism by means of studying the historical evidence for Jesus’ divine self-understanding, death, and resurrection.

Worst case scenario is that if you’re right, I’ve only slightly overstated my case, and I’d have to revise my book. However, I don’t think your reductio ad absurdum argument succeeds. It seems intuitively clear to me that a being expressing love is greater than a being who merely has the disposition to be loving. But it is not at all clear that a being who is constantly expressing forgiveness is greater than one who only has a forgiving disposition.


I hope that I’ve answered these concerns regarding The Moral Argument to your satisfaction, Sam.