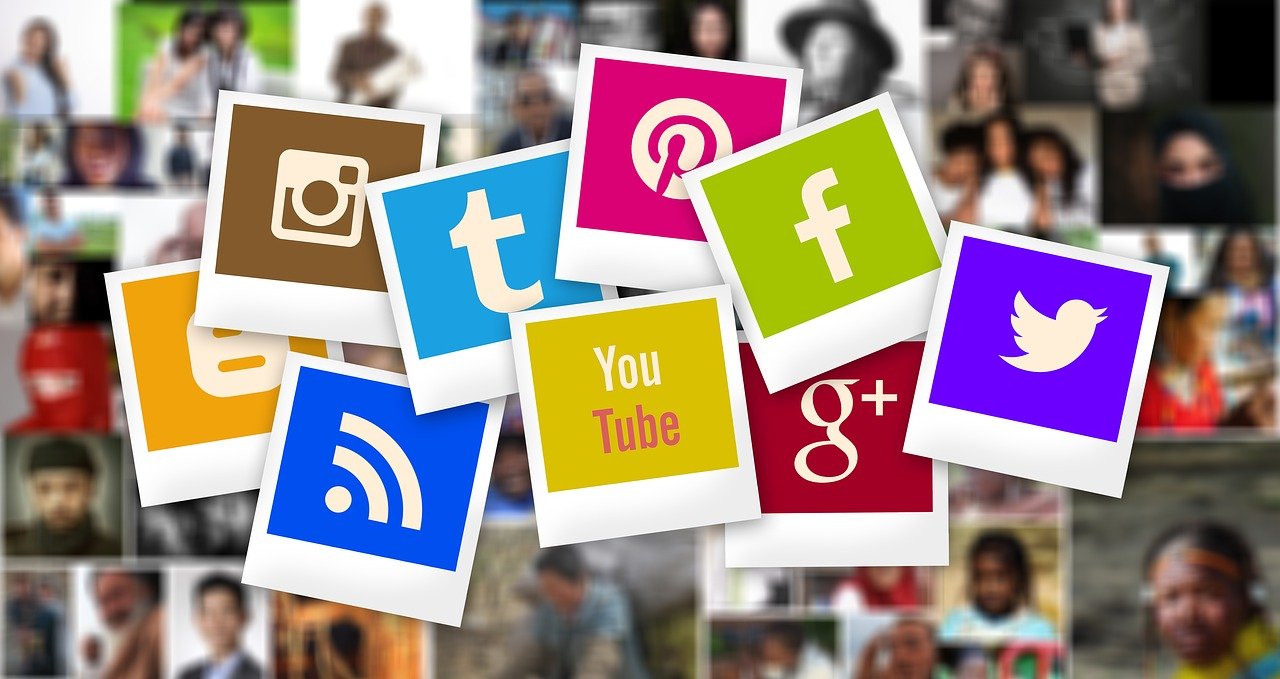 Hello Mr.Minton, I am Andro Rizk and I have a question for you. But a bit of background first, I am very new to your blog but from what I read you have quite the exceptional mind. I came to know your blog through some articles you wrote for CrossExamined. I am a Christian, more specifically a member of the Coptic Orthodox church of Alexandria. I am a very inquiring mind, I have heard every manner of atheist objection and have a decent understanding of the thought process. The question I am about to ask you was initially sent to RZIM but I had no luck there, thus here I am. It is a bit long so bear with me.

“Greetings RZIM Canada, I know you likely won’t read this email, but I’m obligated to dispatch it. I am sending this email to you because of something I was discussing with my priest. We were discussing the future of Apologetics. In this discussion I noted that the greatest Christian apologists were all very advanced in age, and to put it lightly, close to meeting Jesus Christ. For example, William Lane Craig is 71 years old. Peter Kreeft is 83 years old. Alvin Plantinga is 88 years old. Those were just the ones I could identify off the top of my head, but there are more examples.

My priest countered that the same thing is true of atheists. This is correct. Richard Dawkins is 71. Daniel Dennet is 78. Jerry Coyne is 70. They are also close to meeting Christ. However, as I considered this, I detected a problem. Atheists have an appreciably more significant number of younger thinkers than Christians. Not only that but they possess a considerably more substantial presence in social media and more specifically YouTube. I’ll produce a limited list of atheist apologists in no particular order. Please go to the last paragraph if you need to get to my question quickly.

First of all,  Alex J. O’Connor or better known as Cosmic Skeptic is an atheistic youtuber.   He is currently reading for a degree in philosophy and theology at St John’s College, Oxford University. He’s amassed a following of about 380K subscribers. His main focus is critiquing free will and more importantly that objective morality is not based in God but based in science. Though he does cover many other topics.He has already debated several educated christians and was deemed the winner (the names escape me at the moment). He’s regarded as the successor to Christopher Hitchens and a lesser degree Sam Harris due to their similar styles of speech and similar ideas.

Secondly, the man behind the channel Rationality Rules (I do not know his name). Unlike Alex J O’Connor, he has no formal training in philosophy, theology or science. He’s been compared to Matt Dilahaunty and for good reason. Similar to Matt Dillahunty, his main goal is to “debunk” religious/supernatural arguments. The majority of his videos are entitled “X argument/person/statement – debunked.” Like Matt Dilhaunty his work is classified as counter-apologetics, he does have some people that he targets more frequently, namely William Lane Craig and Jordan Peterson. Like Alex J O’Connor, he doesn’t believe in any kind of free will. He has amassed a following of 266 thousand subscribers as of the writing of this email.

Thirdly, the man behind the channel DarkMatter 2525, all that is known is that he is a 44 year old man living in the United States. For more information please see his channel description. He is agnostic to whether or not a god exists. However, he is sure the Abrahaimic God doesn’t exist.He describes the Abrahaimic God as follows.”An illogical concept, rife with contradiction – a square circle of loving wrath, known to have gone through an evolution as He was compiled by the ancients throughout history.” . Anyway, his channel is mainly cartoons critiquing mainly Christianity. His cartoons are of a comedic nature with an angel named Jeff as the protagonist and God as the antagonist. His videos follow a continuous narrative of episodes between Jeff, God and other characters. The structure of the episodes is mainly Jeff questioning God about X topic and God answering antagonistically.He uses “evidence” like bible verses to support his claims. He is by far the most extreme in his beliefs than the other people I have mentioned. He also has the largest following of the three; he has amassed an incredibly large following of 755K subscribers. He, in addition, has a channel called DarkAntics were he discusses these topics directly, but it has a much smaller following.

Honourable mentions to Sam Harris, Sean Caroll and Matt Dilhaunty. They aren’t young exactly (they’re 53,54 and 51, respectively) but they are young enough they will continue to fight against Christainity for many years to come.Sam Harris will continue attacking Free Will, God’s actions in the bible and the basis of Morality. Sean Caroll will still fight against the Kalam and Fine- tuning arguments and push the Many-World interpretation. Matt Dilhaunty will continue his counter-apologetics.

So, here is my question, I have shown atheism possesses a vast number of young/youngish thinkers. They will continue fighting against Christianity after the greatest Christian apologist have passed to Christ. There are many more examples of young atheist thinkers, like the Atheist Voice, Thunderf00t, Paulogia and fifty more that can be found here. Therefore in conclusion, my question is what young/youngish Christian apologists will be able to answer these atheists? What does Christianity possess in the department of young thinkers (specifically in social
media) to fight against the atheist armies? Who will continue the good fight? “

I share your concern, Andro. I think we do need young apologists on social media platforms fighting the good fight. That’s why I started the Cerebral Faith blog back in 2012, The Cerebral Faith Podcast back in 2019, and The Cerebral Faith YouTube channel in 2020. I want to show everyone that Christianity is true, is an intellectually satisfying worldview, and can stand up under the toughest of scrutiny.

I started the podcast and YouTube channel to broaden my influence. Blogs aren’t very popular anymore. Or at least they’re not as popular when I started writing back in 2012. But young people devour all kinds of podcasts and YouTube videos, as the popularity of the atheists you mentioned showed. And as I expected, my podcast and YouTube videos have had more of an impact than any of my blog posts. So far the Podcast has lead 2 people to Christ away from atheism and 1 Christian away from Calvinism. Tim of Invoking Theism told me of the latter. It was someone he knew. And yet the podcast is much, much younger than the blog. As extremely involved as making YouTube videos are, it’s worth it if God can use it draw people to Himself. I’ve pretty much given up on this blog, but I still write here for the sake of Q&A blog posts like this one as well as book reviews. But if there’s a YouTuber to respond to, or some original content I want to put out, or something like that, I’m probably going to save it for the podcast and/or YouTube channel where it’ll reach more people. That’s why, aside from a few exceptions, over the past several months, most of the content in this part of the website have been exactly what I said; book reviews and Q&A articles.

I am one of the young Christians being a voice of reason and faith in the secular world of YouTube. But I’m not alone. The following are just a sampling of names.

9: Jake Brown, who, although he doesn’t currently have a platform, has told me that he plans to pursue a degree in apologetics at Biola university. His bio on Facebook even says he’s “An Aspiring Christian Apologist”. So you’ll probably be seeing him pop up in places sooner or later.

10: Dr. Tim Stratton of FreeThinking Ministries. He runs a blog, podcast, and YouTube channel like yours truly.

I am 28 and turning 29 in June. I don’t know how old Michael Jones is, but just looking at him, he’s clearly between 20 and 40 (probably around 32 by my guess). Johanan Raats is 36 years old. Kyle Alander is 20 (the youngest of us all!), Noah Edmonds is 23, and Deacon James is 34 years old. Tim Stratton isn’t young per se, but he isn’t an old man either. He’s in his mid 40s and recently got his doctorate. His dissertation is “Human Freedom, Divine Knowledge, and Mere Molinism: A Biblical, Historical, Theological, and Philosophical Analysis” which I recommend everyone read.

I am interested in seeing what the next generation of big name apologists will be. My prediction is that Michael Jones will become the next William Lane Craig. He’s brilliant, he’s knowledgable on several different subjects, and his debating skills rival that of Craig’s, plus he clearly has an attractive way of delivering content. Will Inspiring Philosophy be the new Reasonable Faith? That’s my prediction. We’ll wait and see. Tim Stratton predicts that Joshua Rasmussen will be the next William Lane Craig. Maybe we should place bets! 😆