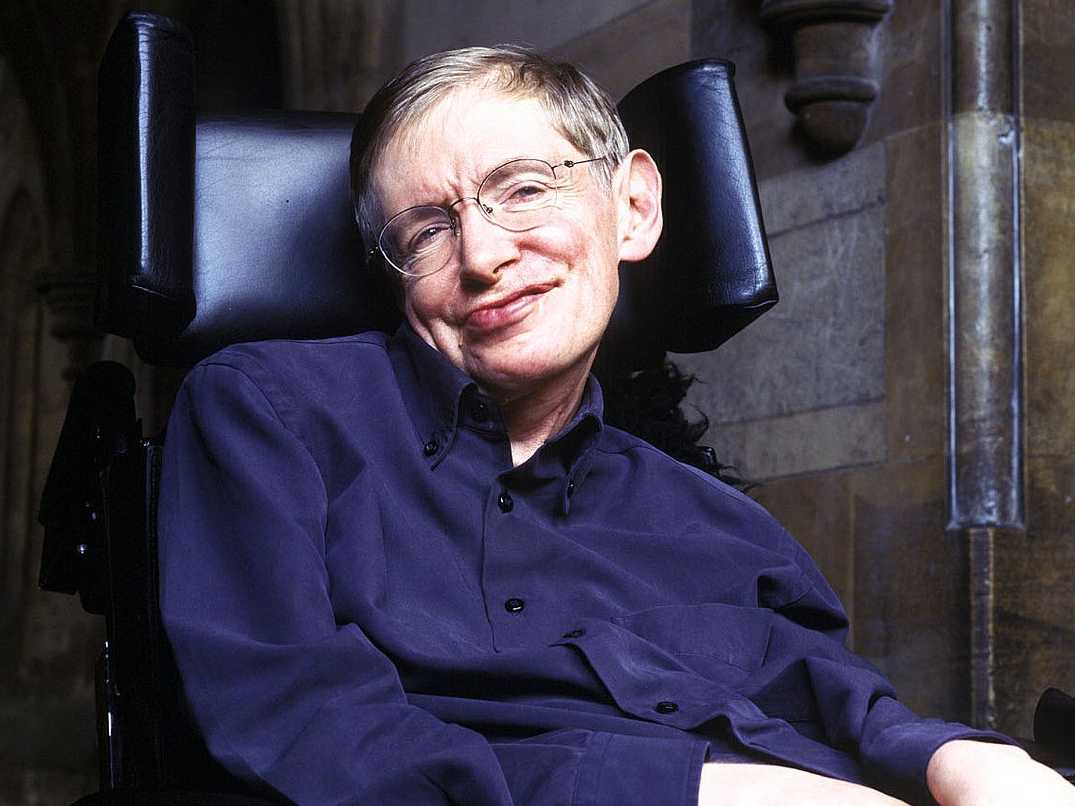 Stephen Hawking is a brilliant astrophysicist and is also a theoretical physicist and is author and Director of Research at the Centre for Theoretical Cosmology within the University of Cambridge. Among his significant scientific works have been a collaboration with Roger Penrose on gravitational singularity theorems in the framework of general relativity, and the theoretical prediction that black holes emit radiation, often called Hawking radiation. Hawking was the first to set forth a cosmology explained by a union of the general theory of relativity and quantum mechanics.

Although he’s a great scientist, I and many others find him to be poor when it comes to philosophy. Hawking made the self-refuting statement “Philosophy is dead” not realizing that that statement is itself a philosophical statement. The sentence “Philosophy is dead” is a philosophical statement. It certainly isn’t a scientific statement. No scientific test could be done to prove it’s validity. It’s philosophical and is therefore, self defeating. However, that logical mistake is not the focus of this blog post. Rather, the focus of this blog post is on his objection to the Kalam Cosmological Argument. If you’ve never heard this argument for creation and God’s existence before, click on this link before you continue reading. While Hawking concedes that the universe began to exist (the second premise). He seems to disagree with the first premise (Whatever begins to exist has a cause), or if his disagreement isn’t with the first premise, at the very least it’s against the conceptual analysis of what the cause of the universe is (An Uncaused, spaceless, timeless, immaterial, powerful, supernatural, personal cause).

Hawking said in “The Grand Design” that:

“Because there is a law such as gravity, the Universe can and will create itself from nothing. Spontaneous creation is the reason there is something rather than nothing, why the Universe exists, why we exist.”

Hawking may be thinking of the fact that gravity can pull matter together from fine dust into nuggets, clumps, large conglomerates, nebulae, planetesimals, planets, stars, galaxies, galactic clusters, and superclusters. And that, I agree with. This is how our solar system formed as did the other heavenly bodies in our universe. Although I still hold that God created these bodies, just that He used gravity to do the job. If gravity weren’t fine tuned, these heavenly bodies would never form. For example, if gravity were significantly stronger then gravity would pull all matter, dust and gas and condense them into nothing but neutron stars and black holes. If it were significantly weaker, gravity would be too weak to coalesce anything at all (so you’d have no planets, stars or galaxies, just isolated pieces of matter and dust throughout the universe). So God had to make the force of gravity be at just the right strength for these heavenly bodies to be possible.

But that doesn’t seem to be what Hawking is saying here. He seems to be saying that the universe itself (that is, all physical reality) came about as the result of gravity. And this, is clearly fallacious for two reasons.

Number 1: Hawking says “Because there is a law such as gravity, the Universe can and will create itself from nothing.” But gravity isn’t nothing! Gravity is clearly something. Gravity isn’t nothing. Gravity is a law of physics. Gravity is the reason our solar system formed (after being fine tuned) by coalescing matter, dust, gas and energy together (though other constants and quantities had to be fine tuned as well). Gravity is what keeps our feet on the ground. Gravity is the reason the moon orbits the Earth. This is obviously something, not nothing. What is the definition of nothing? Nothing is the absence of anything whatsoever. It is literally non-being. As such, nothingness has no properties. And if it has no properties, how could it cause anything? Whatever brought the universe into existence couldn’t be nothing. Things don’t pop into being out of nothing. Things only come into being from some antecedent cause. Not only is gravity not nothing, true nothingness (the absence of all being) has no causal powers. It has no causal powers because it has no properties.

It is impossible for something to bring itself into being. Because in order to bring yourself into being, you would have to exist before you existed in order to create yourself. This is obviously a self-contradiction. If you already exist, you don’t need to bring yourself into existence (after all, you already exist). But moreover, if you come into existence, that means that you didn’t exist prior to your creation. The universe can’t bring itself into being because it would have to exist before it existed. This is self-contradictory nonsense.

It astonishes me to no end that a brilliant man like Hawking could make such a simple logical mistake like this. I just can’t understand how someone so smart could say something so….flawed! This isn’t just me saying this, people a lot smarter than me have criticized this statement of Hawking for the same reasons (people like John Lennox, for example).

If God Created The Universe, Who Created God?

How Do The Heavens Declare God’s Glory?