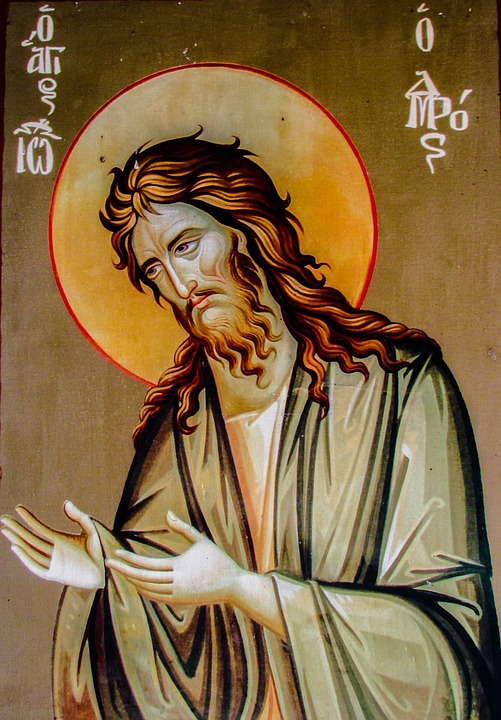 The Jewish historian Flavius Josephus was born in A.D 37. In about A.D 90, he wrote his book “Antiquities Of The Jews” in which he writes a history of the Jewish people. In this work, he mentions several individuals who appear in The New Testament such as Jesus, James’, the brother of Jesus, Caiaphas, King Herod the Great, and John The Baptist, among several others. With regards to John The Baptist, Josephus says that King Herod (Antipas) killed him, just as The New Testament does. Josephus writes “Now some of the Jews thought that the destruction of Herod’s army came from God, and was a very just punishment for what he did against John called the Baptist. For Herod had him killed, although he was a good man and had urged the Jews to exert themselves to virtue, both as to justice toward one another and reverence towards God, and having done so join together in washing. …. And when others massed about him, for they were very greatly moved by his words, Herod, who feared that such strong influence over the people might carry to a revolt — for they seemed ready to do any thing he should advise — believed it much better to move now than later have it raise a rebellion and engage him in actions he would regret. And so John, out of Herod’s suspiciousness, was sent in chains to Machaerus, the fort previously mentioned, and there put to death; but it was the opinion of the Jews that out of retribution for John God willed the destruction of the army so as to afflict Herod.” (Antiquities 18.5.2 116-119)

Josephus said that the reason Herod killed John The Baptist was that Herod feared that John might lead a rebellion against him, and ergo overthrow him. However, this is not what The Bible says. Read Matthew’s account of John’s death in chapter 14. Matthew says that the reason Herod had John killed was that John was speaking out against Herod Antipas’ marriage because it was unlawful under The Old Testament law. Herodias had divorced her husband and married Herod Antipas. Now, this would have been fine if Herod’s brother had died, but since he was still alive, this was considered adultery. Matthew 14 says that it wasn’t Herod’s idea to have John killed, but that he was instead backed into a corner by promising Herodias’ daughter Salome that if she danced for him, he would give her anything she asked for. She danced, and, at the nudging of her mother, asked for John The Baptist’s head delivered on a platter.

So which is it? Who’s right? Is Josephus right or is Matthew right? Well, we might say; “Well, since The Bible is God’s word, it cannot err. So we must conclude that it was Matthew who is right and Josephus who is wrong”. Of course, this answer won’t suffice for the non-believer who doesn’t believe that The Bible is inspired.

Luke 8, I believe, provides us with the answer. Didn’t you ever wonder how would Matthew have gotten this information in the first place? After all, this happened in the privacy of Herod’s home. None of the disciples were there. Jesus wasn’t there. How did Matthew know what was going on behind closed doors? Luke 8:1-3 says “After this, Jesus traveled about from one town and village to another, proclaiming the good news of the kingdom of God. The Twelve were with him, and also some women who had been cured of evil spirits and diseases: Mary (called Magdalene) from whom seven demons had come out; Joanna the wife of Chuza, the manager of Herod’s household; Susanna; and many others. These women were helping to support them out of their own means.” (emphasis mine)

Luke tells us that one of Jesus’ followers had a family member who was the manager of Herod’s household. This would provide a plausible explanation for how Matthew could have known what was happening at Herod’s birthday party. Chuza told Joanna about this incident, and then Joanna told Jesus and the disciples. Matthew would then have this information to later record in his gospel.

What we can conclude, then, is that Matthew is right because he had better source information than Josephus! Matthew was actually told by someone who had a family member who worked for Herod Antipas why Herod Antipas had John The Baptist killed. Josephus was only speculating on Herod Antipas’ motive based on what appeared to be the case to him.

Now, one may object “But couldn’t Luke have simply made this Joanna person up simply to give us an explanation for how they knew about Herod’s motives?” My answer: No. It’s unlikely that Luke made up Joanna or lied about her husband working for Herod Antipas simply to answer the question of how they knew Herod Antipas’ motive. For one thing, this small detail isn’t mentioned in the context of Herod Antipas’ party. Herod Antipas’ party isn’t even mentioned in Luke 7, 8, or 9. If Luke provided this small detail simply to solve the problem, why didn’t he do it in the context of the party? Moreover, scholars have made good arguments that Luke’s gospel was written sometime in the 50s’ A.D when all of the eyewitnesses were still around and could have corrected Luke if he were making this up. Though it’s beyond the scope of this blog post to get into dating arguments. Thirdly, this is what New Testament scholars Tim and Lydia McGrew would call “Undesigned Coincidences”. An undesigned coincidence is when one gospel says something that raises a question, but another gospel mentions an incidental little detail that answers it. From what I recall, Luke never talks about Herod Antipas’ banquet. Matthew does, but Luke doesn’t. Matthew raised a question (i.e “how would he have known what went on at Antipas’ place?”) but Luke answered it (i.e “One of Jesus’ followers had a husband who was his household manager”).