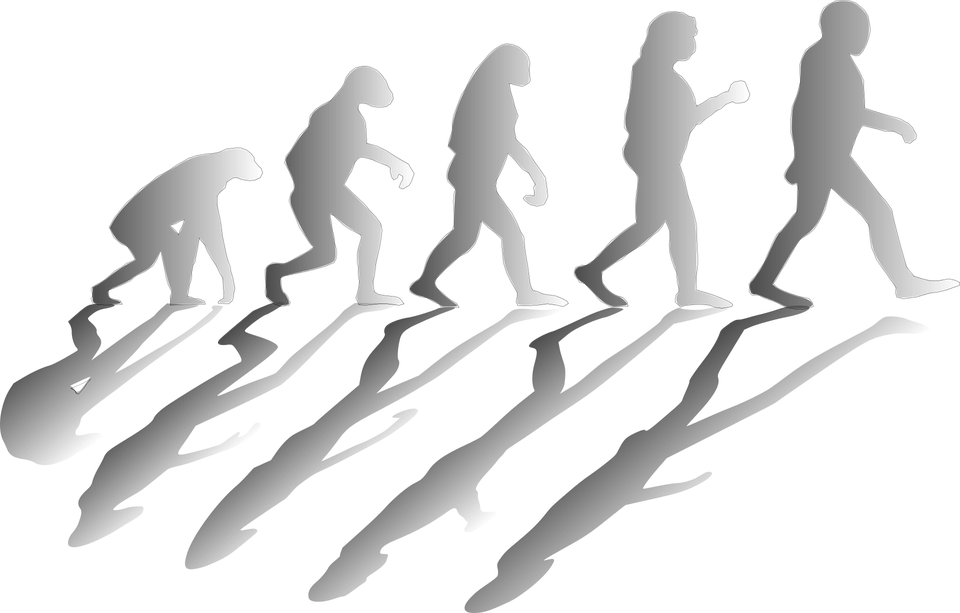 My view on evolution has been evolving over time (pun intended). I initially thought Christianity and evolution were as compatible as the irresistible force and the immovable object, but now I believe they’re entirely compatible. I used to be extremely skeptical of evolution, now, I would say I find it plausible. I went from “How could any rational person believe this Darwin junk?” to “I’m still not sure, but I can definitely see why so many people believe it”. Might I be evolving into an Evolutionary Creationist? Maybe. Time will tell. Blame BioLogos. It’s their fault. ?

In any case, as I’ve thought about it, I’ve come to realize that not only could God have used evolution, but a slow and gradual process of creation over eons and eons is actually consistent with God’s modus operandi and if it’s possible that evolution could get the job done, it’s actually more probable that God would choose that method of creating over direct miraculous creation. Let me explain.

In The Bible, It Is Typical For God’s Plans To Take A Long Time To Come To Fruition

The Bible has several examples of God’s plans taking an incredibly long time (from a human perspective at least) to finally come to fruition. Think of how long it was between the time that God told Abraham that he would become the father of many nations and that his descendants would outnumber the stars (Genesis 17) to that promise actually coming to pass in the founding of the nation of Israel. Moses stated in Exodus 12:40-41 that the children of Israel dwelt in Egypt 430 years. Moses himself was very old when God called him back into Egypt to lead the Israelites out of bondage. The text says he was 40 when he killed the Egyptian and then fled, and 40 years had passed between his fleeing to Egypt and his return to Egypt. Acts 7:23 says Moses was forty years old when he left Egypt and Acts 7:30 says that it was forty years later that the angel spoke to Moses through the burning bush. So Moses would have been eighty when God called him. The Israelites were in Egypt for four centuries before Moses was even born, and even when Moses was grown, it was still several decades before God even used him to free them! God’s plan of founding the nation of Israel wasn’t something that happened overnight, but it was a long and slow process.

The Israelites were held captive in Babylon for 70 years!

Or again; think of how long it’s been since the ascension of Christ and the second coming of Christ. Christ hasn’t returned yet even after 2,000 years! He may not even come for another 500 years for all we know!

God’s usual modus operandi is a slow, gradual process. We see this in several places in scripture.

At the 2017 BioLogos Conference, N.T Wright said this

“When we say that all things are made in and through and for Jesus the Messiah, this is the Jesus we must be talking about. There is no other. He is the same yesterday and today and forever. This means we should at least try to think what it might mean to say that this Jesus and this vision of the Kingdom is the lens through which we might understand creation itself. Instead of starting with a great act of creation, however we can conceive it, and then fitting Jesus somehow into it; saying he was somehow fit into it; saying he was somehow involved in it. We must somehow start with what we know of Jesus’ own vision of truth and the kingdom and power and ask what that might mean for creation itself. The results, I think, are striking.

God Rarely Uses Miracles
A second reason that evolution shouldn’t be surprising on the Christian worldview is because we know from The Bible that God rarely uses miracles. That might sound surprising to many people, but it’s true. Even in The Bible, miracles are scant. You won’t see miracles occurring in biblical history except for during the lives of a few individuals: Moses, Elijah, Elisha, Jesus, and the apostles. Apart from the narratives detailing the ministries of these few individuals, miracles are scant in biblical history.

Now, they are indeed occurring frequently during these individuals lifetimes. During His 3 year ministry, Jesus was making new miracles occur all the time. But while there were a lot of miracles, they were clustered together. Scripture presents us with only a few clusters of frequent miracles. The clusters occurred during the lifetimes of Moses, Elijah, Elisha, Jesus, and the apostles. Moreover, we have to understand that the ministries of these individuals only represents a tiny fragment of biblical history. There were many generations in the biblical genealogies (Genesis 5, 11, Matthew 1:1-17, Luke 3:23-38), and the Old Testament historical narratives tell us a good bit about these people, such as Abraham (Genesis 12-25), Isaac (Genesis 21-26), Jacob (Genesis 25-50), etc. etc. And while God was most certainly intervening in the lives of these patriarchs, of David, of Solomon, etc, there weren’t that many miracles occurring. Instead what you see in these other narratives are divine providence and intervention in the sort of non-miraculous way that God works in the world and in the lives of believers today.
The fact that miracles were rare even in biblical history is evident from the fact that every time Jesus performed one, it took the witnesses by total surprise. They were astonished that lame people suddenly started walking, that people went from being blind to being able to see in a mere matter of seconds, that Lazarus walked out of his tomb after being dead for 4 days, and so on. Why would these people be shocked to see miracles if, as is often supposed, they were occurring all the time?

Why exactly doesn’t God do miracles all the time? There’s a very good reason for that. Often times when God performed miracles, it was to confirm that He was with a person claiming to speak for Him (e.g Moses, Elijah, Jesus). The miracles served to confirm the message of the messenger. Now, of course, this wasn’t the only criteria. Fulfilled prophecy was another test of a true prophet (Deuteronomy 18), but no doubt miracles were one of the signs.

Since miracles were one of the signs of a prophet, they had to be rare. Why? Because if miracles were occurring all the time, they would cease to get our attention! Imagine if God were bringing the dead back to life as a regular occurrence. When Jesus rose from dead, the disciples would be happy about it, but it would hardly have served as the confirmation that “The Pharisees were wrong! Jesus really is the messiah after all!”. But if the disciples did manage to come to that conclusion, they could hardly have convinced anyone else of that.

Imagine the following conversation between Peter and a potential convert:
Peter: “Jesus is the messiah!”
Potential Convert: “Oh yeah? How do you know?”
Peter: “He died on the cross, but God raised Him from the dead!”
Potential Convert: “What’s so special about that? People come back from the dead all the time. My Uncle Bob came back from the dead 2 weeks ago. Now I’ve got to give the inheritance back.”
Miracles need to be rare so that when they occur, they stick out like a sore thumb.

How does this correlate to evolutionary creationism? Well, if God is stingy with His miracles, and if His primary purpose is using them to convince people of the validity of His messengers, then if natural processes could bring about all of life, we should expect that God would prefer to use that method rather than poofing all of the Earth’s creatures into existence. There were no people around back then, so (1) there were no messengers of God, and (2) there was no one to receive any of God’s messages. Given that miracles are mostly used to confirm the messages of the messengers, and there were no messengers or people to receive messages, God wouldn’t have those as motivations to do any miracles.

Now, this isn’t an argument for evolution. I’m not saying that everything I just said proves that evolution is true. If the special creationists are right in saying that natural processes cannot get the job done, then God would miraculously intervene anyway. If a possible world where evolution occurs were infeasible for God to actualize, then God would create everything by spontaneous miracles simply because a natural route wasn’t available to Him. What I’m arguing here is that if a natural route were available to Him, then we should conclude that, based on what we know of God from scripture, He actually chose to use that route. Especially if the scientific evidence powerfully supports that conclusion.

Based on these two factors: God’s Slow-As-Molasses Modus Operandi, and the rarity of miracles, I wouldn’t be at all surprised if God used evolution to create all of life.

How I Evolved Into An Evolutionary Creationist