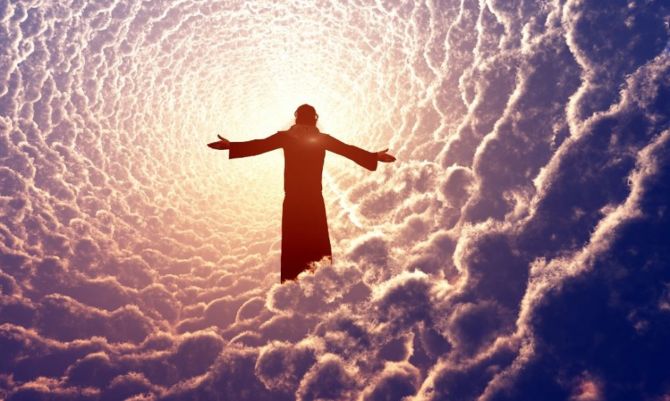 For the longest time, I’ve been undecided on my view of eschatology, and it was a long time before I looked into the subject at all. Being a finite human being and being unable to delve in depth into every subject matter equally, I had to give precedence to some subjects over others. When I began studying apologetics and theology, I gave more precedence to studying and researching Natural Theology, Historical Apologetics, the creation/evolution debate, and soteriology than things like the cessationism debate (which I haven’t gotten around to to this day) and eschatology. I eventually did get around to studying eschatology, and I was surprised to find out that the “Left Behind” theology I was taught in church wasn’t universally held by Christians. There was a wide array of beliefs held, just as there is on creation and soteriology. Moreover, the book I had gotten to study eschatology (Hank Haangraaf’s The Apocalypse Code) was arguing against the futurist view I had been taught. It argued for preterism. I began severely doubting futurism at the point and started leaning towards preterism. Later, I read R.C Sproul’s book The Last Days According To Jesus and that made me lean even more heavily towards preterism.

Preterism is the view on eschatology (i.e the study of end times) that says that most (Partial Preterism) or all (Full Preterism) prophecies of The Bible have already been fulfilled, and these prophecies were fulfilled in the first century. This is in contrast to futurism which states that all of Revelation, Matthew 24-25, and other eschatological texts remain unfulfilled.

Nowadays, I would consider myself a preterist. I do find the partial preterist position, at the present time, more plausible than the alternative views I’ve looked at. In this blog post, I’d like to share you a handful of the reasons why.

REASON 1
Matthew 24-25 is a popular eschatological text, and it does seem to me like Jesus is talking about the destruction of the Jerusalem Temple in AD 70, given that immediately before the Olivet Discourse, Jesus prophesies the temple’s destruction. Jesus prophesies the temple destruction (Matthew 24:2) and then immediately after, the scripture says that the disciples asked him “When will this happen, and what will be the sign of your coming and of the end of the age?” (verse 3), and then the Olivet Discourse immediately follows. The immediate context would indicate that Jesus was talking about the destruction of the temple rather than the end of the world. It seems to me that the disciples were asking two questions that Jesus proceeded to answer; (1) Will this happen (i.e the destruction of the temple), and (2) when will the sign of your coming be? If this is the case, this would prohibit the usual texts used to argue for the rapture to actually be used to argue for the rapture, as these proof texts are found in chapter 24. If the Olivet Discourse is not about future events, but events near the end of the first century, then the famous rapture proof texts found in Matthew 24 couldn’t be about the yet-to-occur rapture. That said, you could still use the one in 1 Thessalonians because the context this rapture proof text which is clearly speaking of future events (since Paul is talking about the resurrection of the dead at Christ’s return). Not only that, but the fact that Jesus says “This generation will not pass away” before these things come to pass (verse 34) suggest that Jesus wasn’t talking about the end of the world, but the end of the Jewish age, because obviously, the world hasn’t ended yet. The Jewish age ended with the destruction of the Jerusalem temple. While there have been attempts to interpret verse 34 in ways consistent with futurism, I don’t find these explanations nearly as plausible as the preterist one, particularly since the rest of the passage seems to so heavily supports a preterist interpretation.

REASON 2
In the Olivet Discourse, Jesus says “then let those who are in Judea flee to the mountains. Let no one on the housetop go down to take anything out of the house. Let no one in the field go back to get their cloak. How dreadful it will be in those days for pregnant women and nursing mothers! Pray that your flight will not take place in winter or on the Sabbath. For then there will be great distress, unequaled from the beginning of the world until now—and never to be equaled again.” (Matthew 24:16-21). But if the events Jesus talked about which preceded and proceeded these verses are about the apocalypse, then does it really make sense for you to run anywhere? After all, the world is coming to an end! It wouldn’t matter where in the world you fled to! Moreover, if the world is ending, it seems self-evident to say that the distress of those days will never be equaled again. Of course, they won’t. God’s creating a new world with no suffering (Revelation 21:4). But the language Jesus used seemed to be comparing the distress of those days with distresses that will come after that, saying that the post stress won’t be quite as bad.

REASON 3
The abomination of desolation Jesus refers to is a reference to the figure the prophet Daniel prophesied about in Daniel 9. But in the Daniel 9 passage, it says that the anointed one will be put to death, followed by the “people of the ruler” coming and destroying the city. Both of these are prophesied in verse 26. This verse prophesies both the death of the messiah and the destruction of Jerusalem. Then verse 27 says “He will confirm a covenant with many for one ‘seven.’ In the middle of the ‘seven’[i], he will put an end to sacrifice and offering. And at the temple’ he will set up an abomination that causes desolation until the end that is decreed is poured out on him.” Daniel 9 seems to be clearly prophesying about events that took place in the first century A.D. Since Jesus refers to Daniel 9 in His Olivet Discourse, doesn’t this seem to support a preterist understanding of the text? That the abomination of desolation is some first century Roman emperor (e.g Nero) rather than a future Anti-Christ figure? I think it does.

REASON 4
Regarding the book of Revelation, preterists rhetorically ask “If John’s describing an extremely futuristic city, and that’s why the imagery in Revelation are so extremely wild and confusing, then why did God inspire their words anyway? This book of The Bible would be useless to most Christians throughout history?” I think they make a good point. It would fruitless for God to inspire a book that the church would get no benefit out of for 2,000 years, and only be able to vaguely interpret the last few years before Christ’s return, and say “Oh yeah! These locusts with loud wings are helicopters! This ‘living statue of the anti-Christ’ is animatronic! These horses shooting fire from their mouths are tanks!” 2 Timothy 3:16 says all scripture is God-breathed and is useful for teaching, rebuking, training in righteousness etc. But unless some form of preterism is true, how could this be? We would have to say that at least the book of Revelation wasn’t useful, at least not until the 21st century.

Why I can’t Embrace Full Preterism

Now, I cannot embrace full preterism. Certain texts are clearly talking about events that haven’t happened yet. For example, 1 Thessalonians 4:16-18 talks about the resurrection of the dead at the return of Christ. Now, this prophecy cannot have been fulfilled in the first century. If all of the dead were raised in the first century, this surely would have caught the attention of many first century authors. Surely Josephus or Tacitus would have mentioned it. Surely the early church fathers would have recorded it. Dead people rising all over the world at the same time would be a pretty hard thing to keep from being recorded in history since it would be such a dramatic event.

This also means that the second coming of Christ hasn’t occurred yet since 1 Thessalonians 4 links the bodily resurrection of humanity with Christ’s return. The events of 70 A.D was more like a mini-apocalypse, and Jesus did come again in a spiritual sense, but He didn’t return in a physical sense. One might say that this “mini apocalypse” foreshadowed the big apocalypse that is yet to come. And the spiritual “coming” of Christ in 70 A.D foreshadowed the physical coming of Christ sometime in the 21st or some later century.

Q and A: Is Jesus Not Coming Back?

The Case For Nero Caesar Being The Beast Of Revelation

The Case For The Preterist Reading Of Matthew 24