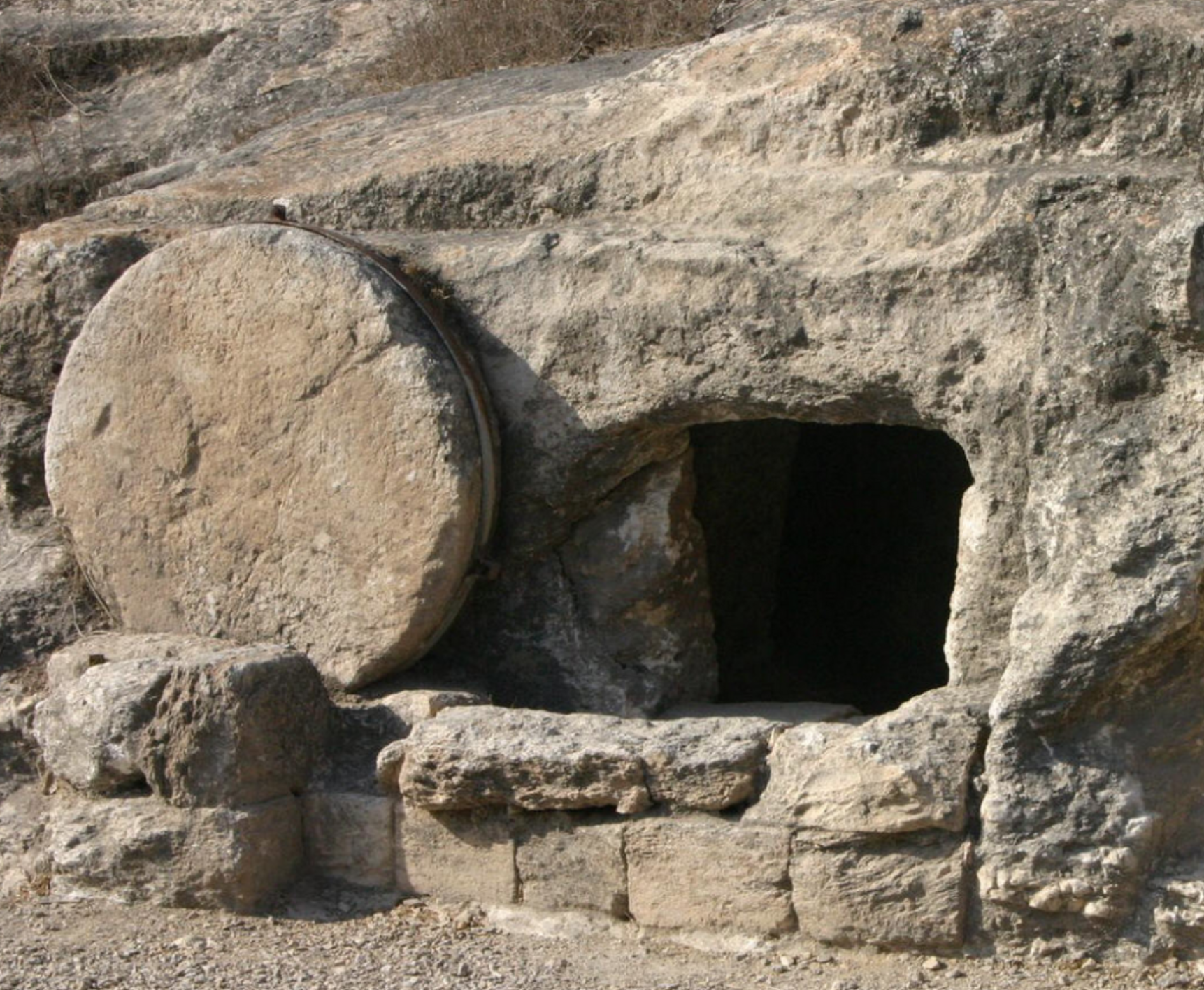 The Jerusalem Factor is one of the 3 arguments for Jesus’ empty tomb that I give in “The Minimal Facts Case For Jesus’ Resurrection PART 1” and in chapter 8 of my book Inference To The One True God. The argument is that if Jesus’ body still lay in the tomb, belief in His resurrection would never had gotten off the ground. Why? Because it would have been too easy to disprove it! All the enemies would have had to do is go down to Jesus’ tomb, pull Jesus’ body out of the tomb and parade it down the street for all to see that Jesus hadn’t been raised from the dead. Everyone who gazed upon the corpse of Jesus being carried throughout the streets of Jerusalem would have known that the disciples’ proclamation that Jesus had risen from the dead was not true.
.
Christianity would have died before it even began. But Christianity didn’t die. How is that to be explained? Most likely because the opponents of Christianity did not go down to Jesus’ tomb, pluck it out, and parade it down the street. But why didn’t they do that? Because Jesus’ body wasn’t in there to be taken out!
.
However, there is one common objection to this argument for the empty tomb that I’ve heard from time to time.
.
Here’s how the objection goes.
.
“By the time the disciples went around proclaiming Jesus’ resurrection, his body would have been unrecognizable, and therefore the effect that the Pharisees and the Romans desired to produce would not become a reality. That effect would not be produced simply by producing his body because his body would be unrecognizable by then. I mean, according to the book of Acts, they didn’t start proclaiming the resurrection until 50 days after His crucifixion! 50 days! That’s quite a good bit of time for decomposition to take place!”
.
Is this a good rebuttal to The Jerusalem Factor argument? I don’t think so. Why? Well, in the arid climate of Jerusalem, a corpse’s distinct wounds, his stature, and his hairstyle would still have been distinguishable even after 50 days. If Jesus didn’t rise from the dead and if his body was still in the tomb, they could have gone into the tomb and examined his body. They could have seen whether the corpse had the nail marks in the wrists where the Romans had nailed Jesus’ wrists; they could have seen whether the body had a spear wound in his side, which is what Jesus got while He
was on the cross. They could have seen whether the corpse’s feet had holes in them where the spike would have been driven through. They could have seen whether the corpse had multiple punctures around the forehead area which would be consistent with the crown of thorns. They could have easily distinguished these distinct crucifixion wounds. They could have seen whether the corpse in the tomb had holes in the wrists, holes in the feet, spear wound in the side, and so on, and therefore you could easily tell whether or not that was Jesus. Jesus’ stature would have been distinguishable as well. You could go “okay, is this corpse’s stature consistent with that of Jesus? Is this corpse’s height and width the same as Jesus’ was?” His hairstyle, you could determine whether his hair is the same as Jesus’ hair. All 3 of these things (the crucifixion wounds, the stature of the body, the style of hair) would have been easy to identify. In fact, you don’t have to be a trained forensic pathologist in order to figure these things out! You just have to look and pay attention.
.
But, moreover, I think that anything but an empty tomb would be devastating to Christianity. Just think about it. It is true, I think, that upon producing the corpse or upon pointing people to the occupied tomb, the disciples or other Christians might have claimed that it was a hoax. They might
have said “It’s a lie from Satan! Jesus really did rise from the dead! They put the dead body of someone else in the tomb to make it look like Jesus hadn’t risen from the dead! The Pharisees are trying to fool you all!” But I think that most people wouldn’t be too quick to believe them. I mean, just imagine if Mormons were claiming that Joseph Smith had risen from the dead, and you went down to the tomb and saw that there was still a body in his casket, is there anything that the Mormons could say to make you believe that the body in Joseph’s casket did not belong to Joseph Smith? I think most of us would think that that was just a pathetic attempt to keep belief in his resurrection afloat, an ad-hoc explanation to keep the proclamation from being falsified! The same thing would be true of Jesus if his body was still in the grave. We would expect to see a massive exodus of believers from the faith. We would expect this to have a devastating effect on Christianity even if a small number of adherents remained. Certainly, this would have caught the attention of the early church fathers (such as Polycarp, Ignatius, or Iraeneus). We would have expected the second century Christian Apologist Justin Martyr to give his rebuttal, to address this issue. And yet, church history is silent on this!
.
In conclusion, I think that The Jerusalem Factor is still a strong argument for Jesus’ tomb being empty.
.
If you want to see my case for the resurrection, check out the blog posts “The Minimal Facts Case For Jesus’ Resurrection PART 1” and “The Minimal Facts Case For Jesus’ Resurrection PART 2” or pick up my new book Inference To The One True God: Why I Believe In Jesus Instead Of Other Gods. Available soon on Amazon.com.
Liked it? Take a second to support Evan Minton on Patreon!