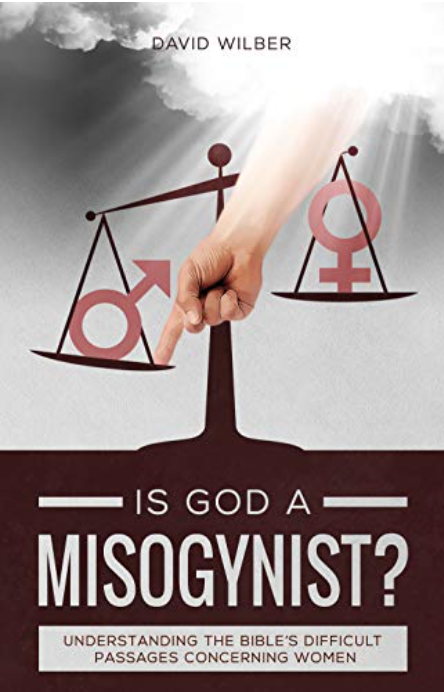 This is a fantastic apologetics/biblical studies book. Anyone wanting to be a serious apologist for Christianity or for those who have intellectual stumbling blocks to becoming a Christian because of seemingly objectionable passages in The Bible should have this in their library. This is a book I would recommend to those who believe Christianity degrades the value of women.

There are books out there that deal with objectionable Bible passages such as Paul Copan’s “Is God A Moral Monster?”, David Lamb’s “God Behaving Badly” and Dan Kimball’s “How (Not) To Read The Bible”. And some of the content of those books is treated in this one. But if one is interested just in exegetical treatments the seemingly anti-woman passages and you don’t care about Elisha’s She-Bears or The Canaanite Conquest, this book is for you. It’ll cut out the middle man and get to what you’re really interested in answering. Though I definitely recommend you check out those other books too.

In the first chapter of his book, before even looking at the “problem passage”, he makes a case from Genesis 1-3 that God views women as equal to men, not inferior. Women are made in God’s image as men are and are equally tasked with stewarding God’s cosmic temple in the creation account. He also goes through the history of The Bible throughout the Old Testament of women who were honored and even used by God in significant points in salvific history such as Deborah from the book of Judges, and Huldah  in 2 Kings 22:14–20 and 2 Chronicles 34:22–28 just to give a couple of examples. Rahab from the book of Joshua (not just a woman, but a Canaanite woman who was a prostitute!) and Ruth from the book of Ruth, and Esther who was used by God to prevent semitic genocide. All of these women in the Old Testament are viewed positively in scripture.

Some would argue that God endorses polygamy, which is without a doubt detrimental to women. It’s easy to see how they come to that conclusion. When you read through The Old Testament narratives, you see polygamy happening all over the place, even in the lives of the biblical patriarchs, and God doesn’t seem to hold this against them. How do we respond to this? Well, David Wilber takes a surprising approach to this. I had always assumed that Polygamy was like divorce (see Matthew 19:8); something that God hated but permitted because of how ingrained it was in the culture, and something God planned on getting rid of later when Jesus came, because we clearly see Polygamy prohibited in verses like Titus 1:2 and 1 Timothy 3:2. Jesus’ teaching (which he drew from Genesis) also prohibits polygamy when he says that man shall leave his father and mother and be united to his wife (singular) and the two (not three, not four, or more) shall become one flesh (see Genesis 2:24, Matthew 19:5, Mark 10:8, Ephesians 5:31). David Wilber talks about all of this New Testament evidence against polygamy, but he argues that The Torah forbids it just as strongly. He makes a case from Leviticus 18:18. I’ll leave it up to you to get the book and read his exegesis of this verse rather than reproduce his argument in this review. Besides, I hope to have Wilber on The Cerebral Faith Podcast to promote this book and I’ll have him talk about it there.

He deals with Deuteronomy 22:28-29, a common verse skeptics point to and argue that this verse does not say what the skeptic makes it out to say when the proper rules of hermenuetics are practiced (i.e that forces a rapist to marry his victim). He deals with the so-called passage that the Israelite soldiers could take women as plunder of war in order to rape them, and several others.

At the end, He makes the case that women are NOT prohibited from teaching positions in ministry. I have been on the fence about this for a long time, and by a long time, I mean many years. But after having read Wilber’s chapter on this (in addition to having JUST read Dan Kimball’s book making similar arguments), I’ve come to the conclusion that the idea that women can’t be pastors has NO basis in scripture. In my opinion, this chapter is worth the price of the book alone. I’m ok with the idea of women not being permitted to be pastors. That need not translate to the conclusion that women are inferior to men. After all, in the Levitical priesthood, non-Jewish men who were not descendents of Levi weren’t allowed to serve in the priesthood, but that doesn’t mean that God viewed people not related to Levi as inferior to people who were. It just meant God wanted one group of people to participate in that role and not others. The same could be said with men having teaching and leadership positions in the church and not women. So, I’m perfectly fine with the traditional view I was taught growing up in The Baptist Church down here in The Bible belt. I say this because it’s as inevitable as death and taxes that I’ll get emotionally driven angry fundies bombarding me with claims that I form my conclusions on the basis of what is comfortable or what conforms to “Man’s wisdom” whatever the hell that means. I’ll never commit the fundies with sticks up their butts that I’m just honestly trying to handle the text or, as Paul put it, “Rightly dividing the word of truth” (2 Timothy 2:15). If The Bible really taught that women weren’t allowed to be pastors or leaders in the church of any kind, then that I what I would loudly and proudly proclaim. But after looking at the biblical texts (yes, plural, not just a single verse), I am convinced otherwise.

If you’d like to see Wilber’s case for egalitarianism, check out the book. And again, I do hope to have him on The Cerebral Faith Podcast and have him unpack this in a bit of detail.