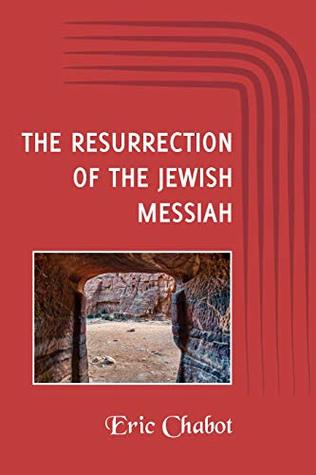 “The Resurrection Of The Jewish Messiah” by Eric Chabot is a short and sweet, but informative read on the historical evidence for the resurrection of Jesus. Chabot covers several areas in each chapter such as the reliability and trustworthiness of oral transmission (because the teachings and stories about Jesus circulated through oral tradition before being put into writings which is a point of attack from some skeptics), the trustworthiness and importance of The Apostle Paul’s writings, the extra-biblical sources such as Josephus, Tacitus, Celsus, and Pliny The Younger that corroborate many of the claims made by The New Testament Authors, and also the manuscript evidence that attests to the conclusion that the authors of the 4 gospels are the authors that have been traditionally ascribed to them; Matthew, Mark, Luke, and John.

Chabot’s approach to the resurrection seems to be more of a reliability approach than a minimal facts approach. Those who know I primarily employ the latter method might think I’m saying this as a bad thing. It’s not. In fact, I think both approaches are appropriate, can and should be used, and have their place. As I have argued in my podcast series on the resurrection, if The New Testament is historically reliable, that only bolsters the probability that the resurrection occurred.

Moreover, Eric Chabot does what I don’t see a lot of authors do in their books on the resurrection (myself included): Answer Jewish objections. Pinchas Lapides actually believes Jesus rose from the dead on the basis of the historical evidence. So why isn’t he is a Christian? Perhaps there are other adherents to Judaism (scholar and layperson alike) who might be convinced on the basis of the evidence that the resurrection occurred and yet not be convinced that Jesus is the Messiah. But why not? Because Israel has not been restored and the Messianic age has not been brought about. Christians need to take these concerns seriously. After all, Messiah means that Jesus is the King and the King of Israel specifically. I myself usually make the argument that Jesus claimed to be God and that God would never resurrect Jesus knowing that it would vindicate His claims, which would be blasphemous unless they were true. The reasoning behind this has been sufficient for most people. But just as people might go “But what about evolution”? or “What about the problem of evil?” Those of a Jewish mindset might go “But why aren’t our enemies destroyed?” Eric Chabot nicely deals with this issue.

Eric Chabot does specialize in answering Jewish objections to Jesus. This is a ministry we really need to have today. I think those of us who are Christian Apologists get so caught up in contending with Atheists and Muslims that we forget lost sheep of Israel. Yahweh chose the Jews to be the people through whom our Old Testament and, most importantly, our Messiah would come. Our Lord and Savior; Jesus Christ.

I highly recommend this book, but this should only be an introduction to a much more in-depth study of the topic. I’m sure Eric Chabot would agree. After all, he did devote an entire page to “Further Reading”. Among those he listed, I would recommend the most “The Core Resurrection Data: The Minimal Facts Approach” by Gary Habermas, and “The Resurrection Of The Son Of God” by N.T Wright.

And also, it would be really awesome if you checked out my book on the topic titled “My Redeemer Lives: Evidence For The Resurrection Of Jesus”. 😉

BOOK REVIEW: “Chronicles Of The Nephilim” by Brian Godawa