What we have in Exodus is this: God says “The Lord said to Moses, “When you return to Egypt, see that you perform before Pharaoh all the wonders I have given you the power to do. But I will harden his heart so that he will not let the people go.” – Exodus 4:21

This is what my Apologetics Study Bible has to say on the subject.

“The Bible teaches that people are free to make choices (Genesis 2:19 Ezekiel 18:2-32) God is good (Psalm 25:8; 34;8; 100:5) and always acts consistently with His nature. Yet people can choose to rebel against God’s goodness and consistent rebellion can lead to their hearts being hardened. As the old saying goes ‘The same sun that melts butter also hardens clay.’Egyptian Pharaohs believed they were divine and pharaoh would have never been inclined to surrender to the Israelite’s God. Each time God placed a demand on him, he became more determined to resist. Thus, it was both God’s demands and Pharaoh’s own pride motivated stubbornness that led to his hardened heart. God would use Pharaoh’s stubbornness for a good end, to demonstrate his power and extend his reputation.”

So God didn’t intentionally harden his heart. But God DID harden his heart by continuing to demand him to let the people go. If God didn’t keep demanding the pharaoh, his heart wouldn’t have been hardened. It’s the same way that we say a person angered us. You could say “Tom angered me”. Well, Tom didn’t take over your mind and cause you to feel the sensation of anger. He merely did something that provoked your angered response. In the same way, God didn’t take over Pharaoh’s heart and mind and caused him to resist Him. Rather, it was God’s insistent demands that caused Pharaoh to freely choose to harden his heart against God. So, God DID harden pharaoh’s heart in the same way many people have “angered me”. 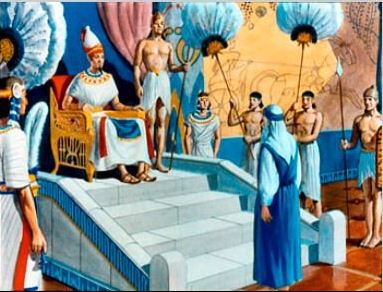 Q & A: Does The Story of Abraham and Isaac Support Human Sacrifice?